Because of a reckless missile ... "NASA" is giving advice to China

The Director of the US Space Agency "NASA", Senator Bill Nelson, said that China had failed to adhere to standards for dealing with debris in space, in a statement published by the agency in response to the fall of the debris of the Chinese "Long March 5B" missile. " 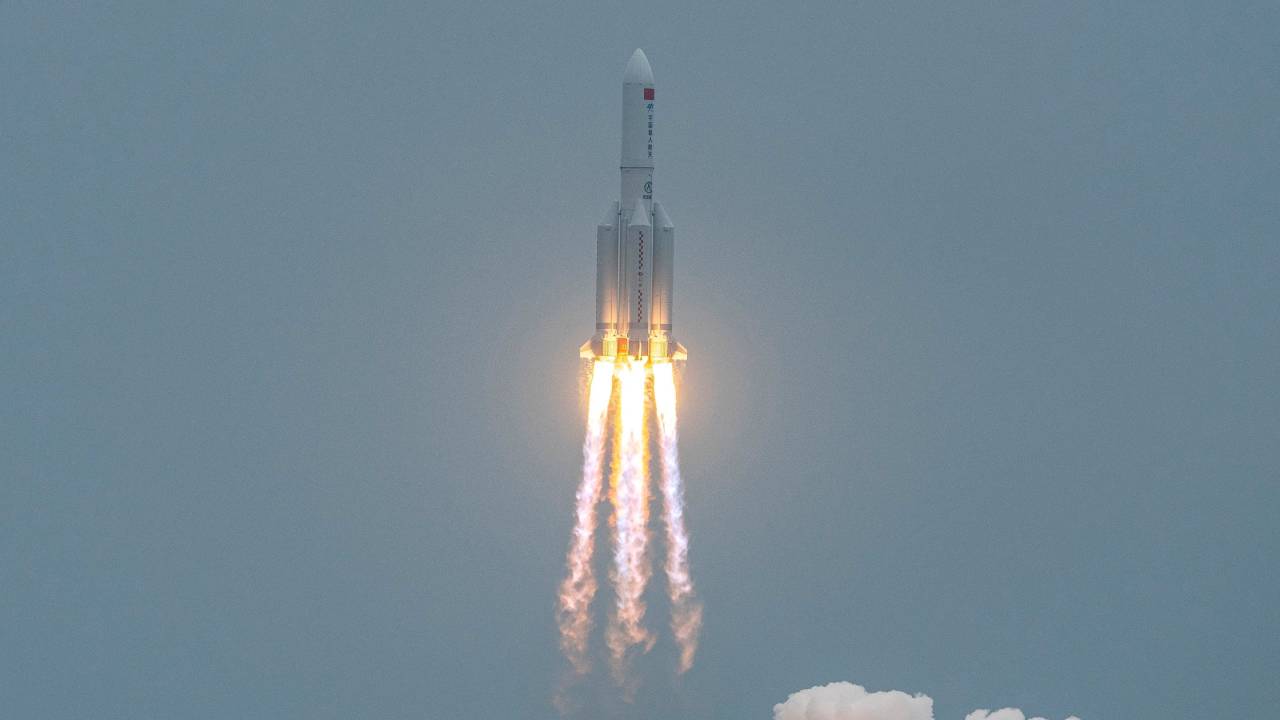 Because of a reckless missile ... "NASA" is giving advice to China

The Director of the US Space Agency "NASA", Senator Bill Nelson, said that China had failed to adhere to the standards for dealing with debris in space, in a statement published by the agency in response to the fall of the debris of the Chinese "Long March 5B" missile.

Nelson said in the statement carried by US News Network, "CNN": "Countries that send missions to space should reduce the risk of objects sent to space returning to Earth, to the population and property on the planet's surface, and to double the transparency related to these operations." .

The US Senator, who was sworn in a few days ago as Director of NASA, said in the statement: "It is clear that China has failed to adhere to the necessary standards regarding the debris of objects sent into space."

"It is very important that China and all the countries active in space and commercial entities act responsibly and transparently in space to ensure stability, security and long-term continuity of space activities," the statement continued.

On Sunday, the Chinese authorities announced that a large part of a Chinese space missile disintegrated over the Indian Ocean after entering the Earth's atmosphere, putting an end to speculation about the location of the fall of this 18-ton object.

State TV quoted the China Manned Aerospace Engineering Bureau as saying that “after monitoring and analysis, at 10:24 (02:24 GMT) on May 9, 2021, the debris of the last stage of the Long March 5B Yao-2 launch vehicle returned to Atmosphere".

He added that "the landing zone is located at 72.47 degrees east longitude and 2.65 degrees north latitude," which is the coordinates of a point located in the Indian Ocean near the Maldives, and explained that the bulk of the missile was disintegrated and destroyed during the return.

This missile carried the first components of the new Chinese space station into Earth orbit on April 29.

The missile's path was in line with experts' expectations of its fall in the Indian Ocean, because water covers seventy percent of the Earth's surface.

But the uncontrolled return of a large body of this type raised fears of damage and potential losses, despite accounts indicating that this possibility is small.

And officials in Beijing previously stated that there is little chance that the "Long March 5B" missile will follow a free path upon its fall.

Chinese Foreign Ministry spokesman Wang Weinpen confirmed last week that the possibility of the missile causing damage on the ground was "very small."

He explained that "due to the technical design of this missile, most of its components will be burned and destroyed during the return to the atmosphere."

"The possibility of causing damage to air activities or (people, facilities and activities) on the ground is very small," he added.

US Defense Secretary Lloyd Austin said the US military had no plans to shoot it down, but accused China of negligence in letting it out of orbit.

The US and European space authorities carefully followed the trajectory of the missile and tried to determine the time and place of its fall.

Entering the atmosphere generates enormous heat and causes friction that causes parts to burn and disintegrate.

However, large missiles such as the "Long March B5" may not completely destroy and their debris could fall to the surface of the earth and cause damage and injuries.

To avoid scenarios of this kind, a number of experts recommended re-design of the "Long March 5B" missile, which could not control its descent from orbit.

Astronomer Jonathan McDowell of Harvard University wrote in a tweet that "entering the atmosphere over the ocean is always the statistically greatest possibility."

He added that China "apparently won the bet unless reports arrived of a wreck in the Maldives, but the matter was reckless."

This is not the first time that China has lost control of a spacecraft upon its return to Earth.

In 2020, shrapnel of another Long March missile fell on towns in Ivory Coast, causing damage but no casualties.

In April 2018, the Tiangong-1 space laboratory disintegrated upon its return to the atmosphere after two years of being inactive.

The Chinese authorities denied at the time that they had lost control of the laboratory.

China is investing billions of dollars on its space program in order to catch up with Russia and the United States in this area.