"Long March 5B": Debris from a China rocket crashed into the Indian Ocean

Some had feared a rain of debris over inhabited areas, but that did not materialize: the remains of a Chinese rocket penetrated the earth's atmosphere during the night and then crashed over the Indian Ocean. 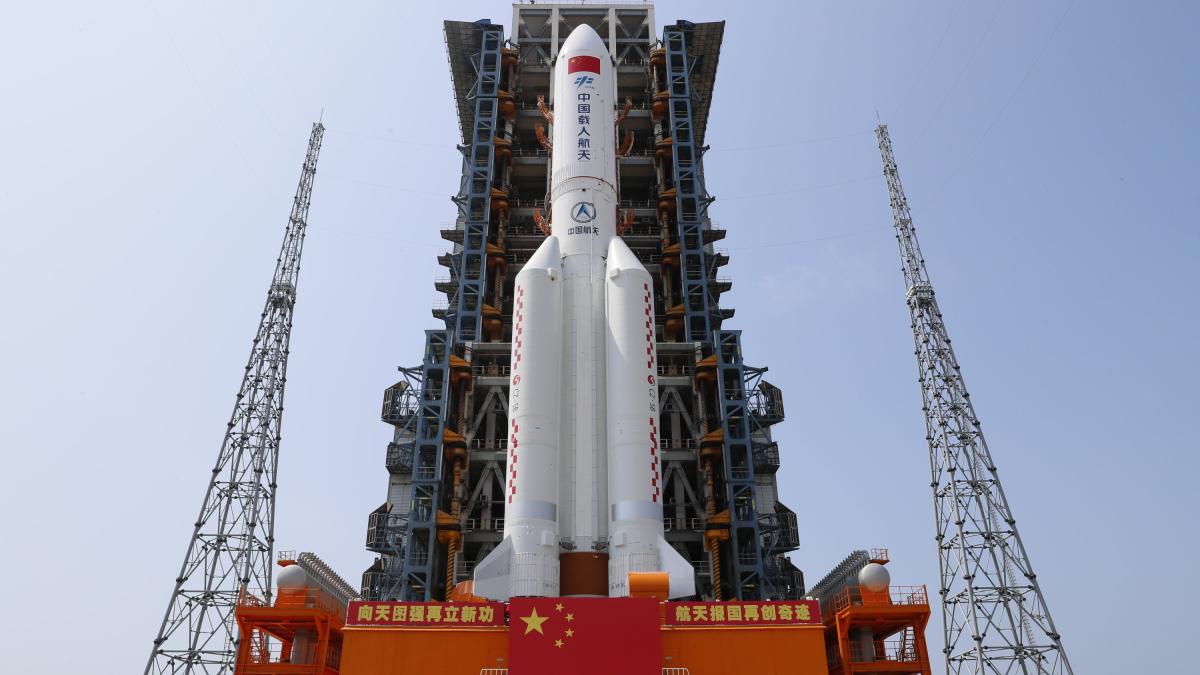 The remains of a Chinese rocket of the type "Long March 5B" penetrated the earth's atmosphere on Sunday night and then crashed over the Indian Ocean.

The Chinese state broadcaster CCTV reported that the 18-ton object was submerged in the earth's atmosphere at 4.24 a.m. (CEST) and disintegrated.

The exact longitude and latitude were given for the crash site in the sea.

The remains of a rocket used to build the first Chinese space station fell into the open sea between the Arabian Peninsula and India. Accordingly, most of the remains of the missile burned when it entered the atmosphere, the remaining debris fell into the Indian Ocean. The “Long March 5B” rocket launched the 22-ton “Tianhe” (Heavenly Harmony) module, which is to form the main part of the Chinese space station, into space on April 29th.

Experts had warned that the debris could enter the atmosphere "uncontrollably" at the weekend - after all, the rocket was not built to be controlled by engines in such a way that it can be targeted over an uninhabited area or the sea.

It was warned of a similar outcome as in May 2020: At that time, after the first flight of the new type of missile, debris fell in the West African Ivory Coast and local reports had damaged houses.

Normally, such rocket stages are not designed to go into orbit around the earth at all, reported Marlon Sorge from the Center for Reentry Studies (CORDS) of the Aerospace Corporation in California.

Rather, their trajectory is usually planned in such a way that they fall into a safe crash area after take-off - for example into the sea.

If a rocket is in orbit, a so-called deorbit maneuver must be carried out, in which engines are used to select the re-entry point in a controlled manner.

The Chinese authorities had seen an "extremely low" risk of damage to the earth, as most of the missile's components would be burned or destroyed when it re-entered the atmosphere.

"I think that speaks to the fact that there is or should be a requirement for those of us who operate in space to work in a safe and thoughtful mode," Secretary of Defense Lloyd Austin had said.

Jonathan McDowell, an astrophysicist at the Harvard-Smithsonian Center for Astrophysics, said China needs to revise the rocket's design to avoid further incidents of this type.

"A ton of metal splinters flying towards the earth at hundreds of kilometers per hour is not good practice."