The Eisbären Berlin did not have many on the bill before the season. At the end of an unusual Corona season, however, the eighth title of the former series champion is. That wasn't happy. 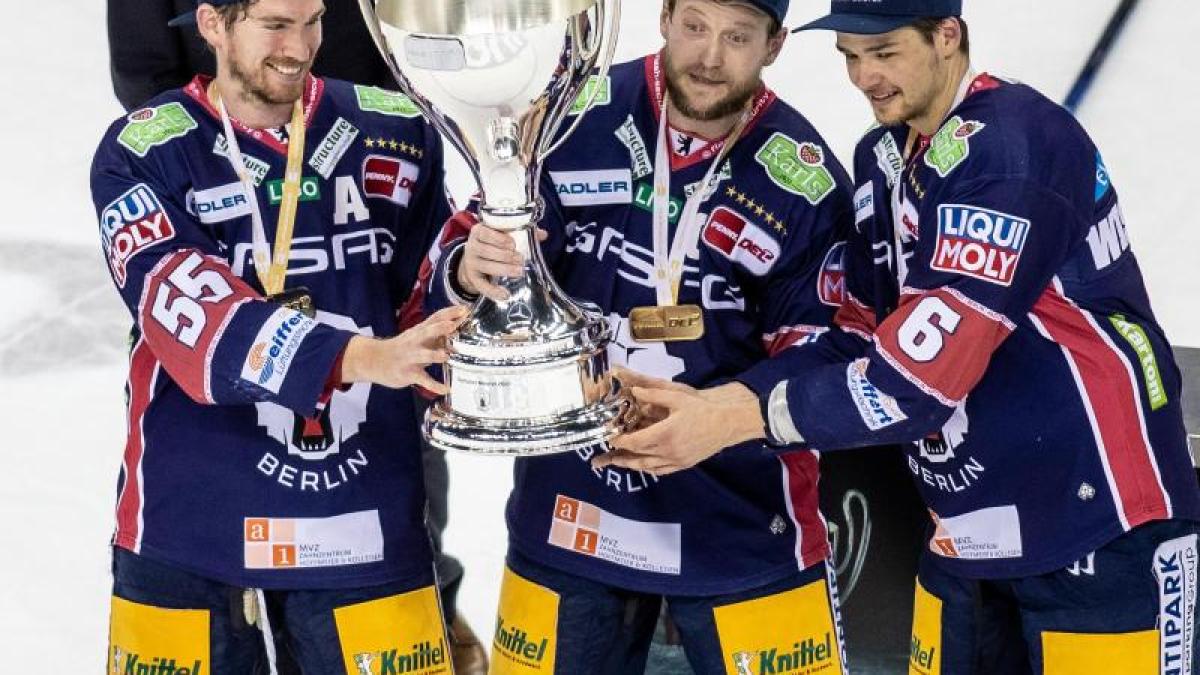 Berlin (dpa) - The Eisbären Berlin players didn't want to do without a hearty masterpiece despite exit restrictions and closed restaurants.

The unusual party for the 100th German ice hockey title began for the Eisbären in a small circle on the ice after the 2: 1 (1: 1, 1: 0, 1: 0) in the decisive third playoff final against the Grizzlys Wolfsburg.

"Better bring me a beer," demanded Berlin scorer Leo Pföderl (24th minute) after he was allowed to enjoy the obligatory champagne shower at his personal first championship.

“We always did a good job when we were partying,” the 2018 Olympic silver winner continued, but had to adjust to a rather small framework.

"Definitely by far, I would say," said team-mate Marcel Noebels, who was named Player of the Year in the German Ice Hockey League.

After the eighth German championship of the former DEL series champion, a lot of what makes a title party in normal times was missing.

As in the entire season, which was held in a completely unfamiliar format, there were no fans in the stands on Friday evening.

"It was a very exciting season," said Noebels about the circumstances of the season, the start of which had been postponed twice last year.

«We have to thank everyone who made this possible.

That was really not easy, ”said international striker Noebels.

The decisive step to start shortly before Christmas was made by the players, in some cases due to the fact that they waived their salary.

This is probably one of the reasons why the professionals were particularly proud of the title.

This feels «very special», said Frank Hördler, who experienced all eight championships with the polar bears.

However, said the 36-year-old, these - greatly shortened - playoffs “will be particularly remembered”.

Unlike usual, this time only two wins per series were necessary to advance and now to the title - the league had to be ended quickly because of the approaching World Cup (May 21 to June 6) and absolutely wanted to play a champion again.

A year ago, the DEL canceled the season before the playoffs without a master's freestyle.

The fact that the Eisbären now won the title - and that they played against outsiders Wolfsburg in the final - was possibly also due to the unusual format.

The biggest title favorites (Munich and Mannheim) cleared polar bear opponents in the semifinals (Ingolstadt) and finals (Wolfsburg) out of the way.

But the title is by no means happy.

On the one hand, the Berliners prevailed against the favorite conquerors, on the other hand, the way they did it was convincing.

In all three playoff series - already against Iserlohn in the quarterfinals - the polar bears lost the first game of the series and were on the verge of being eliminated, but showed great morale- "Nobody left their heads in any way," said Captain Hördler.

"At some point you realize that you are a family, that it can only be done together," said Noebels.