A Chinese rocket is returning to Earth without knowing exactly where it will land. But the chances of debris from the heavy launcher hitting an inhabited area are very unlikely ... 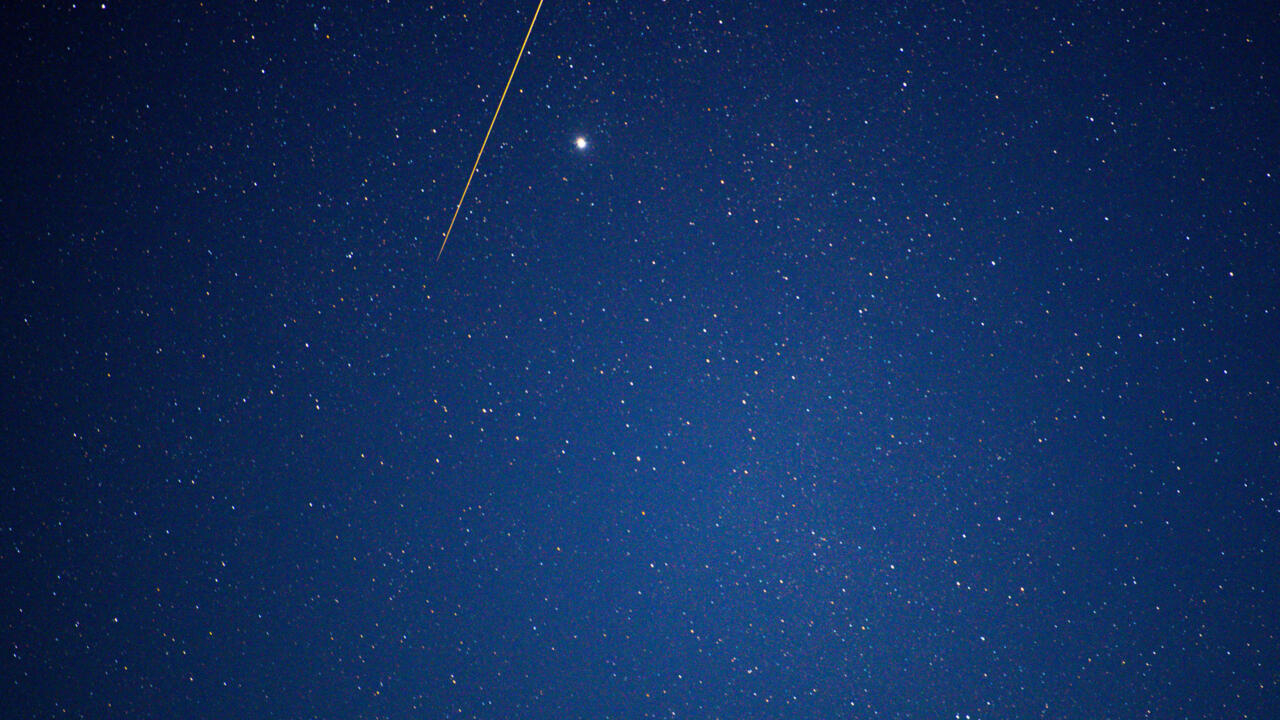 In recent days, a Chinese rocket has been returning to the blue planet, without knowing exactly where or when it will fall.

The risks of debris from the heavy launcher hitting an inhabited area exist, but are unlikely, according to experts interviewed by AFP.

On April 29, China launched the first component of its future space station, "Tianhe" ("Heavenly Harmony"), with the Long March 5B rocket.

It is the first stage of this powerful launcher which is coming back to us at this moment.

Its trajectory is out of control, not because of a breakdown or an unexplained incident, but because its designers planned from the start that the return of the machine would be "natural".

They expect disintegration in the atmosphere.

From a low orbit - where the Chinese launcher flies - the rockets fall on their own, due to the friction of the atmosphere, which contributes to consuming them almost entirely.

But with its mass (between 10 and 18 tons), it is unlikely that the floor of Longue-Marche will be completely consumed, say the experts.

"Given the size of the object, there are necessarily large pieces that will remain," anticipates Florent Delefie, astronomer at the Paris-PSL Observatory.

In addition, "if the rocket is made of materials which do not disintegrate on re-entering the atmosphere, it is more risky. This seems to be the case for Longue-Marche", he notes.

Knowing this, "the Chinese should have anticipated a controlled re-entry with a retro rocket, as the Russians had done in particular by deorbiting the Mir Station," Nicolas Bobrinsky, head of the Engineering and Innovation department at the space agency, told AFP. European (ESA).

Given its altitude - between 150 and 250 km - it is very difficult to anticipate.

This is because the lowest layers of the atmosphere are the most vulnerable to variations in density.

As a result, decrypts the expert from ESA, "we cannot know exactly when the fallout will take place".

Friday afternoon, it was expected that the fallout to Earth would occur between Saturday at 9:50 p.m. GMT and Sunday at 7:00 a.m. GMT.

The closer the deadline, the more refined the forecasts will be.

France and Germany out of danger

But "even an hour before impact, there will be great uncertainty", warns Nicolas Bobrinsky.

The only certainty for the moment: the machine flies in an orbit of 41 degrees in relation to the terrestrial equator, and can therefore only fall at this latitude, in the North as in the South of the globe.

Greece, Spain and the Maghreb are particularly in this belt.

France and Germany are immediately excluded.

As Beijing points out, the most likely scenario is that of a fall at sea, of which our planet is 75% made up, or in a desert area.

"The more we advance in time, the more zones we can exclude. But we do not have the instruments to predict the precise location sufficiently in advance", regrets Florent Delefie.

However, the probability of an impact on an inhabited area is "tiny, less than one in a million, probably", reassures the head of ESA.

Thousands of "objects" in orbit

Even if debris falls on houses, the speed of impact will be relatively low (around 200 km / hour).

But on one person, the fall could be fatal, adds Florent Delefie.

In 2020, debris from another Longue-Marche rocket crashed into villages in Côte d'Ivoire, causing damage, but no injuries.

Since the launch of the first satellite in 1957 by the Soviets, tons of launchers, vehicles and instruments have been sent into space.

According to figures released by NASA in January 2020, an estimated 20,000 "objects" are located in Earth orbit.

These are the largest fragments, larger than 10 cm in size, which, more dangerous, are tracked from Earth by radars and telescopes.

In 60 years of spaceflight, there have been some 6,000 uncontrolled re-entries of large man-made objects, and only one piece of debris has hit a person, without injuring them, according to Stijn Lemmens, an ESA expert.