The spectacular collapse of an airlift on which the subway circulated, Monday, May 3, had caused 25 deaths and more than 70 injuries. The press then unearthed the countless reports of def ... 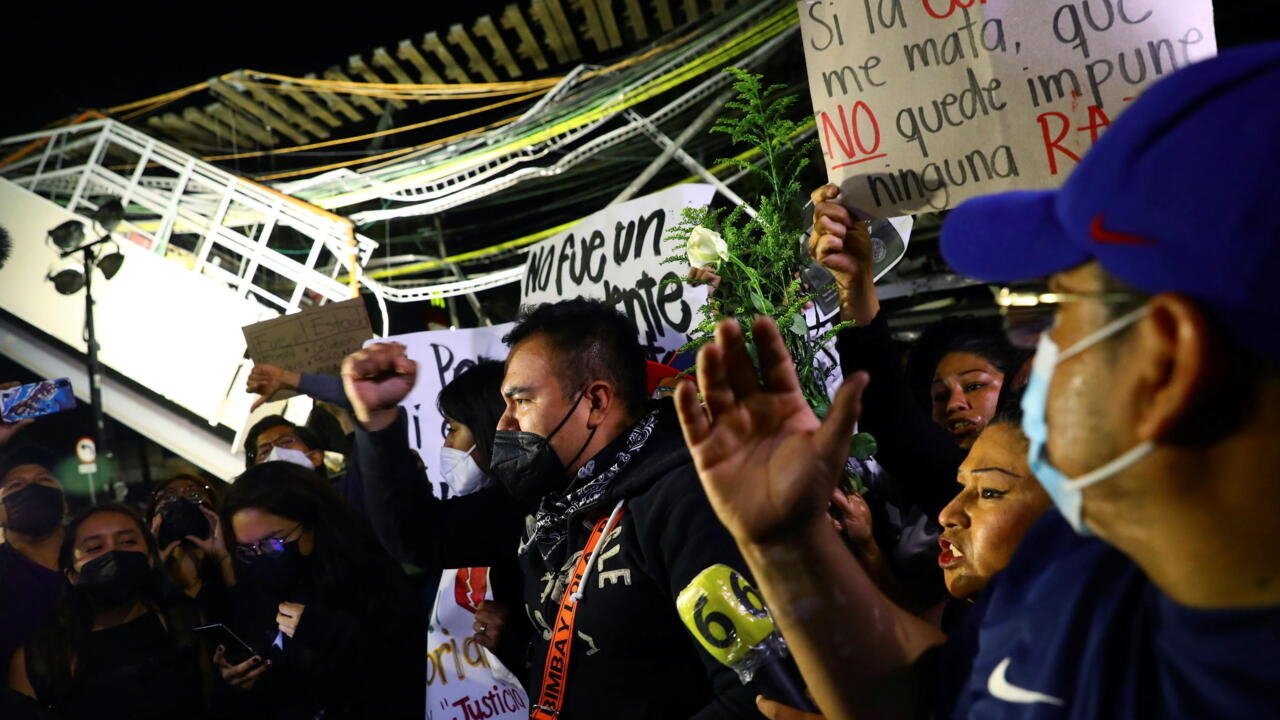 Demonstration at the scene of the tragedy to denounce the negligence of the authorities in the metro accident in Mexico City.

The spectacular collapse of an airlift on which the subway circulated, Monday, May 3, had caused 25 deaths and more than 70 injuries.

The press then unearthed the countless reports of technical failures on this line, built ten years ago and which had brought several poor suburbs of Mexico out of their isolation.

While the relatives of the victims bury their dead and demand justice, criticism is fired and directly reaches the president, Andrés Manuel López Obrador.

It was not an accident

At the foot of

which collapsed last Monday, these few words scrawled on a poster betray indignation.

For several days, President López Obrador and the mayor of the capital, Claudia Sheinbaum, have taken turns in front of the cameras to ensure that those responsible will be punished.

But they ask to wait for the conclusions of independent Norwegian experts to determine the causes of the collapse.

Mexicans will know the truth

However, the causes, the press and society think they know them: corruption, negligence, austerity.

These accusations fall directly on the president.

Have its austerity policies led to a reduction in metro budgets and, consequently, to a lack of infrastructure maintenance?

López Obrador accuses the opposition of inventing culprits and of profiting politically from the tragedy, one month before the federal and local elections.

And the president launches a promise: "

Mexicans will know the truth

Majority of workers and employees

The accident happened in the municipality of Tláhuac, one of the most marginalized and impoverished in the capital.

Among the victims, a majority of workers and employees in the service sector, for whom the metro was the main means of transport to work.

Mexico: collapse of a skytrain bridge in Mexico City, dozens of dead and injured