Coronavirus: These relaxations apply to vaccinated people from Sunday

For some of the people, the corona measures are due to be relaxed: From this Sunday, certain restrictions will no longer apply to those who have been vaccinated and those who have recovered. And there is hope for the summer vacation - even for the unvaccinated. 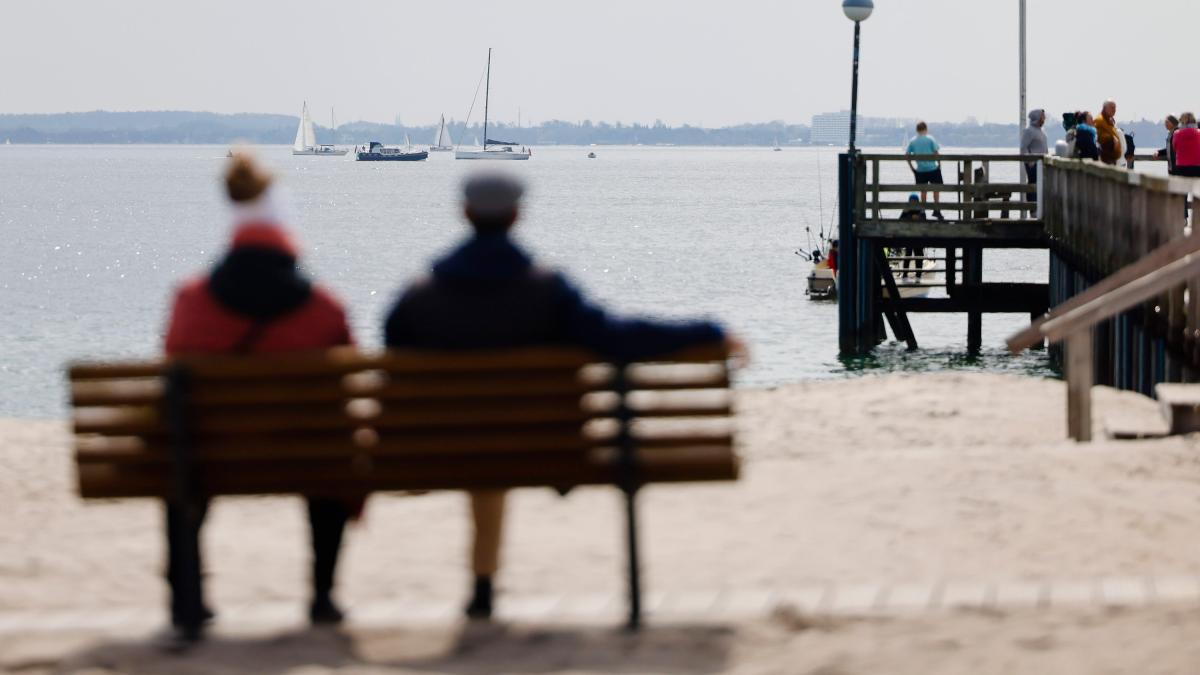 Those who have been completely vaccinated against Corona and those who have recovered can meet more people again from this Sunday as planned - they are exempt from exit restrictions.

The relevant ordinance last passed by the Bundestag and Bundesrat was published in the Federal Gazette on Saturday, as announced, and will therefore come into force across Germany from midnight.

Chancellor Angela Merkel and Health Minister Jens Spahn (both CDU) also gave hope for a summer vacation in Europe regardless of a vaccination.

The number of corona infections found continues to decline.

The Robert Koch Institute (RKI) reported 15,685 new infections within one day on Saturday.

Meeting with friends and family

At meetings with unvaccinated people, for example with family or friends, vaccinated and convalescent people, as well as children under 14, will no longer count according to the ordinance.

The night exit restrictions no longer apply to them either.

After traveling, fully vaccinated and convalescent people only need to be in quarantine in exceptional cases - for example, if they are coming from a virus variant area.

There are also no personal restrictions for so-called contactless individual sports, such as jogging, for these groups.

And finally, they no longer have to show a negative test when shopping or at the hairdresser's.

The proof of vaccination, such as the yellow vaccination booklet, is sufficient.

Freedom through vaccination or PCR detection

Those who have received their last injection - usually two weeks - at least two weeks ago are considered fully vaccinated.

Anyone who has demonstrably recovered from Corona and is vaccinated is considered fully vaccinated after just one injection.

In principle, those who have recovered are considered to be those who can prove with a positive PCR test that is at least 28 days and no more than six months old that they have already had a corona infection.

However, initially only comparatively few people will benefit from the withdrawal of the corona restrictions: According to the Robert Koch Institute, almost 7.6 million people (9.1 percent) have been fully vaccinated on Saturday.

The older part of the population in particular is increasingly vaccinated.

Health Minister Spahn also gave young people hope on Saturday that they would soon have a chance.

“June is not long gone.

It is now a matter of a few weeks.

Then we will be able to offer vaccinations to everyone over the age of 16, ”he said during a discussion with young people in Berlin.

When the time comes, you also need to be ready to be vaccinated.

"I know every day is long and annoying at the moment, but we're still talking for weeks now."

RKI President Lothar Wieler said in an online discussion with citizens that the vaccine quantities are no longer the limiting factor.

“Now we just have to stick with it.

So you can't somehow think again now: Oh, the problem is over.

But let's solve it together for a few more months. ”Wieler referred to the records recently set for the daily vaccination doses.

According to RKI data, more than a million doses were injected on each of the last two Wednesdays.

Chancellor Merkel was optimistic on Saturday that summer vacation in Europe would also be possible for unvaccinated people. When you see what low incidences some European partner countries like Portugal already have, "I am very hopeful that we can also afford what was possible last summer," said Merkel after the EU summit in Postage for which it was connected via video.

Spahn told the “Rheinische Post”: “Within the EU, traveling will probably not depend on the vaccination. You will also be able to move around Europe well with the tests. ”He himself is planning his vacation in Germany. "In this hopefully last phase of the pandemic, I would not plan any major long-distance trips, the North Sea instead of the South Sea, so to speak." But he "totally understands" that after these fourteen or fifteen months everyone has the summer vacation in mind, he said in Berlin.