Another morning of violence in N'Djamena, where the Chadian security forces fired tear gas canisters on Saturday to disperse demonstrators gathered in the capital to protest ... 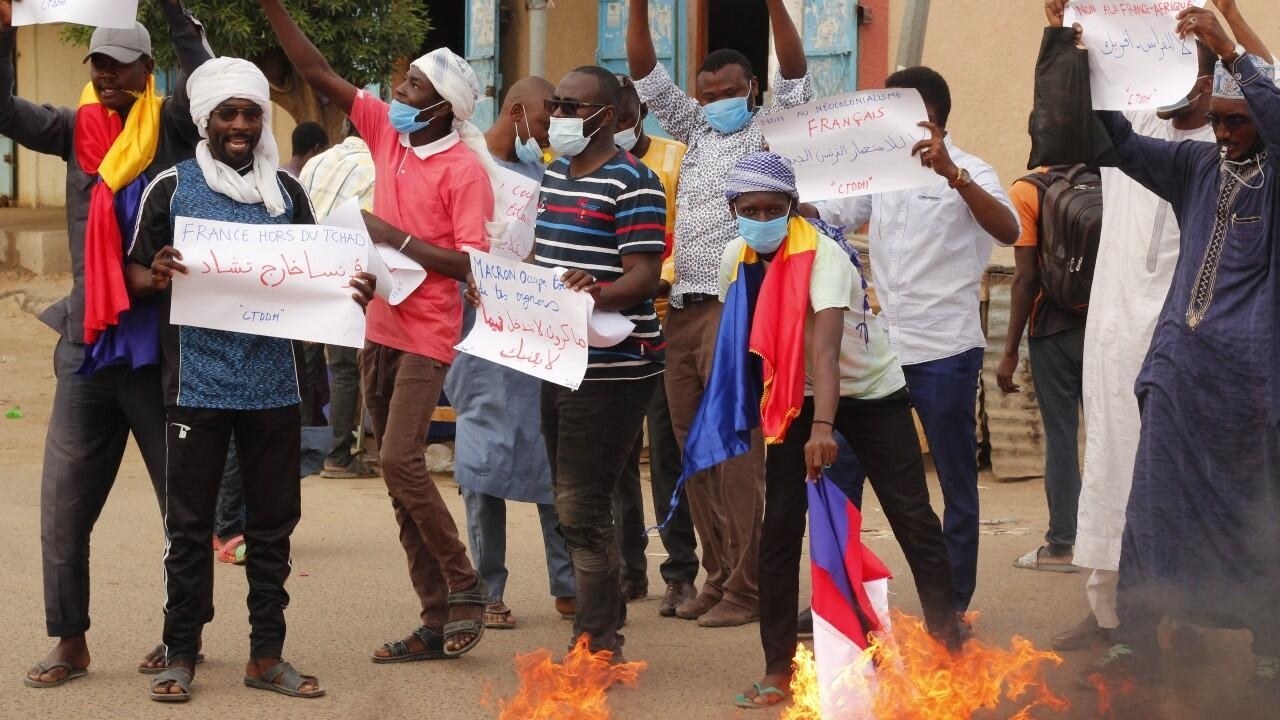 The Chadian police dispersed with tear gas some sporadic demonstrations of dozens of people, Saturday May 8 in N'Djamena in Chad, at the call of the opposition and civil society against the junta which took power after the death of President Idriss Déby Itno last month.

The military authorities had banned the gatherings the day before planned by Wakit Tamma, a coalition of opposition parties and representatives of civil society, who had called for demonstrations against the Transitional Military Council (CMT), led by the son of Idriss Déby, Mahamat Idriss Déby, who concentrates almost all the powers.

Despite the ban, demonstrators took to the streets of N'Djamena on Saturday morning, some waving banners or placards denouncing the establishment of a "monarchy" in Chad.

In the 6th arrondissement of N'Djamena, in the south of the capital, the police used tear gas to disperse an attempted rally in First Africa Square.

The police are heavily deployed in the streets of the capital.

"The police prevented us from demonstrating," said Real Mianrounga, a civil society representative, saying he was injured in a police charge against an attempted rally in the center of the capital.

"Those who resisted were severely reprimanded by the police. There were injuries," he added.

A small group of demonstrators burned French flags in the 5th arrondissement, in the north of the capital.

France in the sights of the opposition

France is accused by part of the opposition of supporting the new power in its former colony since President Emmanuel Macron visited N'Djamena on April 23 to meet the new authorities on the occasion of the funeral of Idriss Déby, who died four days earlier in fighting against rebels.

Chadian demonstrators hold up banners with anti-France slogans, and burn an artisanal flag in French colors during a demonstration in N'Djamena, Chad on May 8, 2021. © Djimet Wiche, AFP

The only Western head of state to have made the trip, Emmanuel Macron was seated alongside Mahamat Idriss Itno.

Four days later, Emmanuel Macron however said he was "for an inclusive democratic peaceful transition (and) not for a succession plan", while condemning "with the greatest firmness" the repression of demonstrations.

More than 600 people have been arrested.

Since the death of President Déby, Mahamat Idriss Déby has dissolved the National Assembly and assumed the title of President of the Republic.

The country's new strongman is surrounded by 14 generals, all loyal to his father.

The junta on Sunday 2 May constituted by decree a transitional government made up of 40 ministers and secretaries of state.

The royal posts are almost all in the hands of members of the Patriotic Salvation Movement (MPS), Idriss Déby's party.

Two members of the party of the historic opponent of Marshal Déby, Saleh Kebzabo, have entered the transitional government.

Mr. Kebzabo's party has since withdrawn from the opposition Wakit Tamma coalition.

Even if the army is committed to organizing elections within 18 months, opponents denounce the taking charge of the transition by the military, which they liken to a coup d'état perpetuating the 30 years in power. by Idriss Déby.