That is why people are protesting in Colombia

Dozens have lost their lives during the demonstrations currently taking place in Colombia. The spark was ignited when the government proposed increased income tax and VAT on, among other things, food - something that was not well received by the population. Poverty has increased significantly during the corona pandemic. 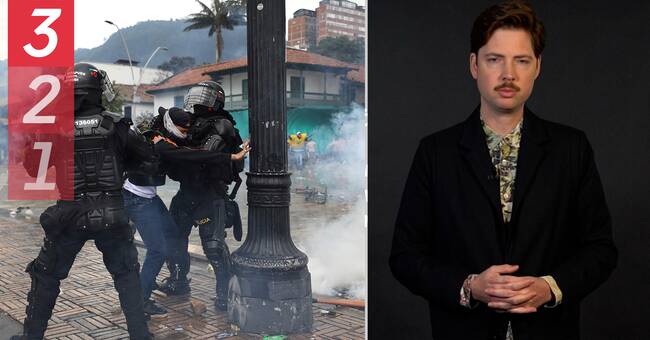 - There are big holes in the treasury and the state needs to get more money.

The only question is who will pay, says SVT's South American correspondent Tigran Feiler

The government has released the proposal for the tax reform, but despite this the protests do not subside.

- Now demands are being made for the president's resignation, says Tigran Feiler.

Hear more about the demonstrations from SVT's Latin America correspondent Tigran Feiler in the clip above.