Not famous cities but one of the top tourist destinations 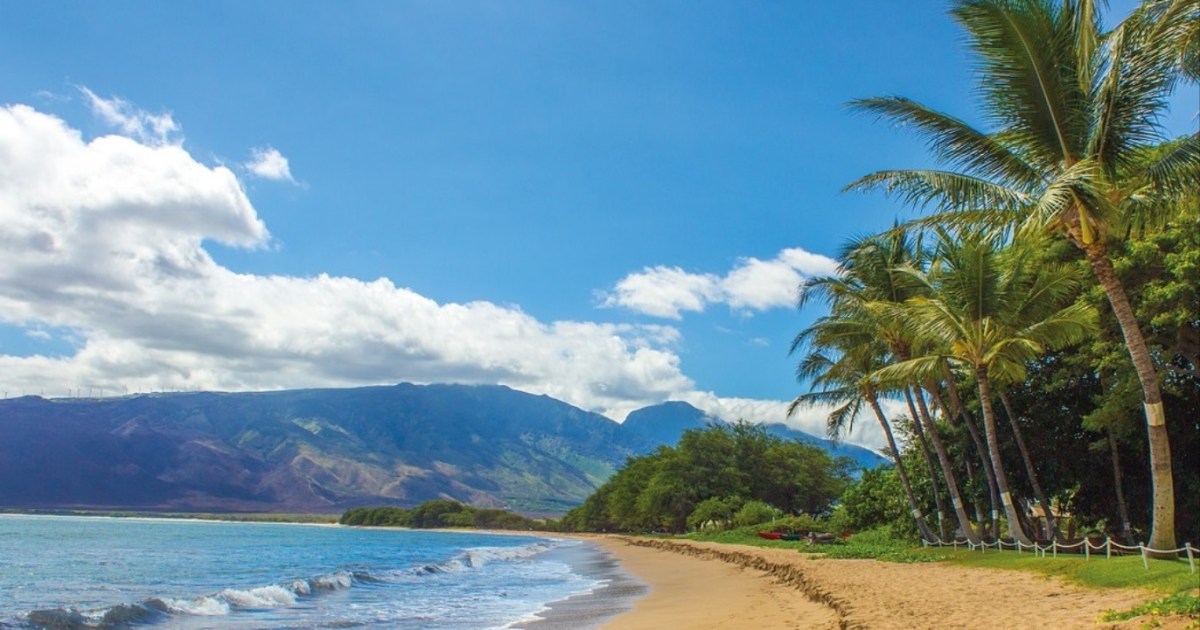 Everyone is looking for the familiar, the cities of France, Italy and the United States of America have long been the most popular and popular tourist destinations in the world.

Rarely does someone decide to swim off the beaten path in travel directions and visit other destinations away from these popular destinations.

Although Japan is famous for the city of Kyoto, which was ranked among the top 5 cities in the world during the past year and current according to a survey by Travel Leisure magazine, which specializes in providing travel services, Ishigaki Island has been able to attract attention to it as the most global tourist destination that has received With increasing demand during the current year 2018. Ishigaki is the main island and the only urban center of Yayama Islands, and the main transportation hub in the region.

Ishigaki is located in the southernmost point of Japan, about 300 kilometers off the northeast coast of Taiwan, which brings together the cultural heritage of both Japan and Taiwan. The island is surrounded by crystal clear water very blue on all sides, and is home to many white sandy beaches full of unique coral reefs and distinctive tropical fish, as well as rocky beaches covered with small pieces of coral. The distinctive beachy nature of the island makes it a distinctive diving point and a natural center that attracts swimmers and divers from all over the world to enjoy swimming and other water activities.

The island features many highlights that can be enjoyed, beginning with unique scenic sites such as the Hirakubuzaki Lighthouse that overlooks Kabira Bay, which is home to some of the most magnificent landscapes on the island, and was chosen as one of the 100 best landscapes in Japan.

In addition to the lively urban areas such as the markets full of food stalls, restaurants and bars.

And it is not finished with the many traditional hotels, shops and homes that are more than 90 years old.

The city of Kappa, which is located north of Welowa on the eastern side of Kauai Island in the far north of the island of Hawaii, ranks second among the most popular tourist destinations this year 2018. Despite the smallness of the city and the small number of its population of no more than 10 thousand people It is one of the unique places for many tourists who prefer to get away from everything and enjoy the bold nature, water games, taste unique flavors of food and shopping.

The city includes a variety of hotels, shopping centers, entertainment restaurants and shops such as: Water sports shops that provide everything you need to do your water adventures in the beaches of Kappa, such as diving, surfing, snowboarding and canoeing.

The souvenir and gift shops offer lots of small souvenirs such as handicrafts, fine artwork, antiques and jewelry made in Hawaii by local artisans using traditional raw materials.

The city of Nairobi - Kenya

The Kenyan capital, Nairobi, has evolved from being a British colony in 1907 to the third most popular global tourist destination during the current year 2018, making it the first African city to rank on this list. Nairobi is the most dynamic and contrasting city in Kenya and Africa, combining ancient past and colonial heritage with rapid development and modernity, and harmoniously blending its residents with different cultures and spectrums.

Although Nairobi is known as the safari capital of Africa, it is a vital gateway to wildlife and modern life with vibrant nightlife, not to mention being the main home for many local and international companies and institutions.

The city is adorned with modern skyscrapers and world-class restaurants, and contains many malls, bustling markets and lively music clubs, as well as fully equipped hospitals and public and private transportation.

Halifax, the capital of the Canadian province of Nova Scotia, is ranked fourth among the most popular emerging tourist destinations this year 2018. Halifax is a major economic center in eastern Canada, and its port is considered one of the best in the world as it serves as a major transportation hub in the Canadian maritime provinces And the east coast.

Although Halifax is a quiet, routine Canadian city, it is also known as the capital of entertainment and home to a vibrant nightlife. It is famous for its arts and theaters, and has many beautiful landscapes, unique parks, and coastal and sandy beaches.

As well as many fancy restaurants, galleries and shops, and an incredibly large number of clubs and bars than any other city in Canada.

In addition to museums and historical heritage sites such as: Halifax Castle National Historic Site, which is considered one of the most important historical sites in Canada, and offers an enjoyable heritage experience of audio-visual displays, historical exhibits and guided tours that explain the history of the middle period of the Victorian era.

In addition to the Atlantic Marine Life Museum, which contains multiple exhibitions that include valuable marine treasures, it is the oldest and largest marine museum and one of the most valuable historical, cultural and educational places in Canada.

The city of Gdansk, which is one of the most beautiful Polish cities, is ranked fifth among the most popular international tourist destinations during the current year 2018. Gdansk is a coastal city located on the Baltic Sea at the crossroads of important trade routes, which enabled it to play an important role in History of the twentieth century, as it was the first starting point of World War II.

Gdansk is a meeting point for a mixture of cultures, nationalities and sects, as it contains many natural areas such as beaches and zoos.

In addition to many bars, distinctive cafes and seafood restaurants, as well as many theaters, operas and unique and interesting museums, such as: The National Museum, which was established in 1972 and maintains a very large collection of historical artworks.

In addition to many tourist attractions with unique architecture, such as the historic streets lined with buildings that are elegantly coordinated with many historical churches, such as: Saint Catherine's Church, which is the oldest parish church in the Old City, and Saint Nicholas Church.

San Jose has a pleasant climate, beautiful beaches and stunning colonial architecture, which made it one of the most popular tourist destinations this year 2018.

Besides impressive architecture and stunning nature, San Jose is home to culture, history, a bustling nightlife and friendly locals.

It provides a wonderful range of unique activities and attractions such as many historical neighborhoods and buildings of the Second World War period, colonial palaces and museums such as: the Gold Museum, the Jade Museum, and the Museum of Art and Natural History.

As well as art exhibitions organized by cultural regions, which display many gold pieces, stonework and ceramics.

In addition to many modern features such as modern hotels, parks and gardens, such as: Central Park, Morazan Park, Spanish Garden and National Park.

Not to mention the plenty of restaurants that offer a variety of dining options.

The Latvian capital, Riga, is ranked seventh among the world's most popular tourist destinations during the current year 2018. The city of Riga is located on the coast of the Baltic Sea and is considered the main center of culture, education, politics, trade, industry, economy and finance for the Baltic region.

The largest city in the Baltic region is distinguished by its impressive architecture and ancient history. The Art Nouveau city center is a UNESCO World Heritage Site. The city also contains many distinctive attractions such as: The Central Market is full of cafes, bars and restaurants that offer multiple options of food such as sausages, cheese, bread and smoked fish with a lot of drinks.

Along with lots of natural areas, sandy beaches lined with pine trees, and lush gardens.

In addition to many cultural and tourist attractions such as castles, art galleries, sports clubs, theaters and opera houses, such as: the Latvian National Opera, which was founded in 1918, the Latvian National Theater, which is one of the largest theaters in Latvia, and the Russian Mikhail Chekhov Riga Theater, which is considered the oldest professional dramatic theater In Latvia and includes classic plays and experimental shows of Russian playbooks.

The previous list of the most popular tourist destinations this year 2018 was designed according to the results of the "TripAdvisor" website, which specializes in providing travel-related services, and based on the survey and nomination of millions of tourists around the world, based on an algorithm capable of distinguishing the quantity and quality of reviews. And evaluations collected over the course of a whole year for all global tourism destinations.