It’s so beautiful to laugh | Xi Jinping came to fulfill his contract, and the Communist Party did what it said

Editor's note: Through the concerted efforts of the whole party and the people of all ethnic groups in the country, at the important moment of the 100th anniversary of the founding of the Communist Party of China, my country has achieved a complete victory in the fight against poverty. According to the current standards, all 98.99 million rural poor people have been lifted out of poverty, and al 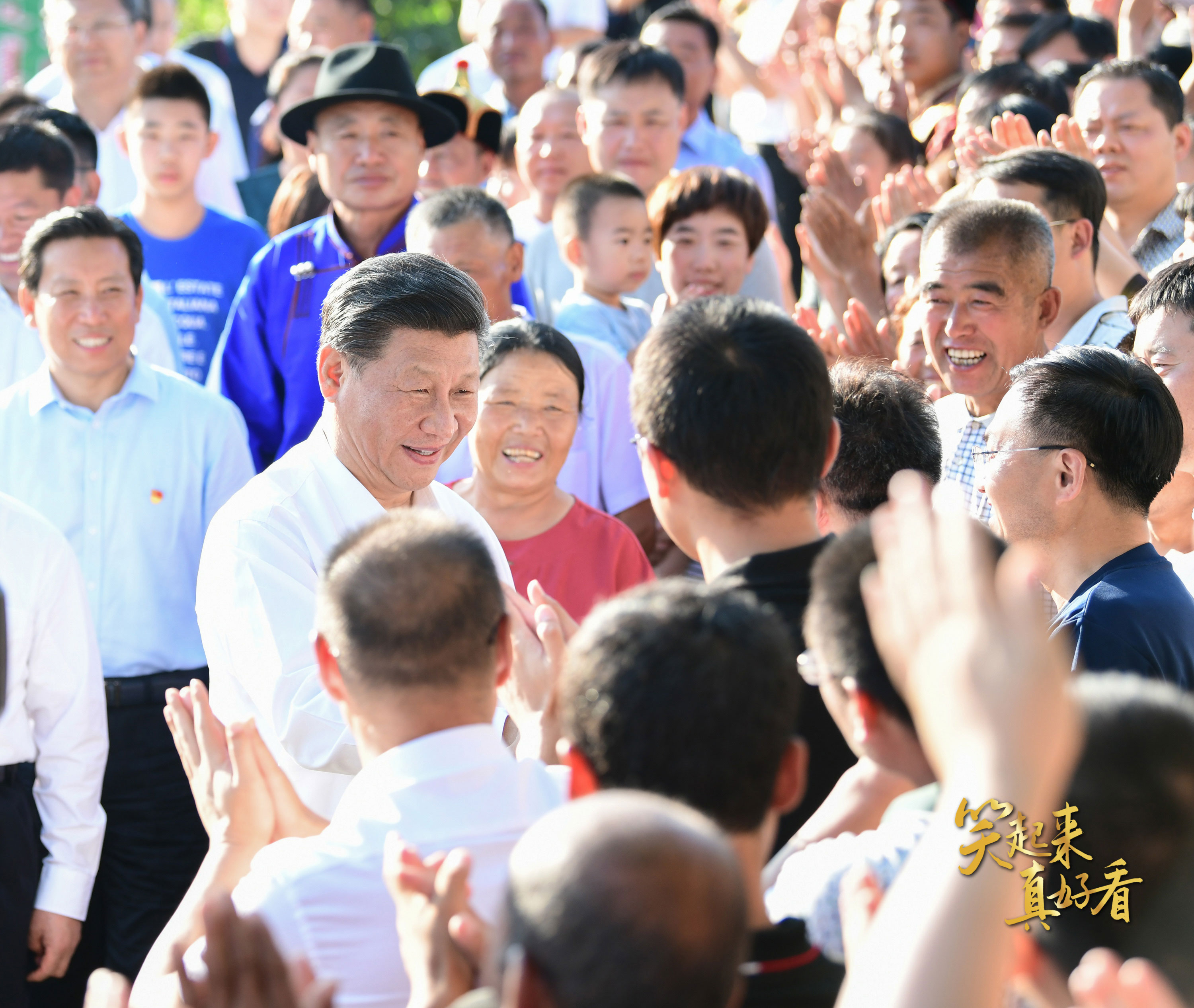 Editor's note: Through the concerted efforts of the whole party and the people of all ethnic groups in the country, at the important moment of the 100th anniversary of the founding of the Communist Party of China, my country has achieved a complete victory in the fight against poverty. According to the current standards, all 98.99 million rural poor people have been lifted out of poverty, and all 832 poor counties After taking off their hats, all 128,000 poor villages have been listed. The overall regional poverty has been resolved, the arduous task of eradicating absolute poverty has been completed, and another human miracle that shines in the annals of history has been created!

The broad masses of people out of poverty showed sincere smiles. This is the greatest affirmation of the fight against poverty, the highest praise for the broad masses of party members and cadres, and the best consolation to the revolutionary ancestors and heroes.

"Learning Everyday" specially planned the "Laughing so beautiful" series to record the happy lives of the folks and take you to experience the beautiful changes in the countryside.

She told the general secretary that the village grows corn, carrots and herbs, and the villagers have joined the cooperative and are working hard to get rid of poverty and develop the rural economy...

The general secretary said: "I haven't been to Chifeng City. It's still relatively close to Beijing. I will definitely have the opportunity to go in the future."

In 2019, the whole party carried out the theme education of "Don't forget the original intention and keep the mission in mind".

In July of this year, General Secretary Xi Jinping made a special trip to Inner Mongolia for inspection. The first stop of the trip was Chifeng City.

Walking into Ma'anshan Village, Chifeng City, the general secretary and representatives of the cadres and the masses had a discussion in the villagers’ farmyard, and Zhao Huijie, secretary of the Party branch of Xiaomiaozi Village, also participated in the discussion.

The general secretary said to her: "I have always kept your invitation in mind. I came to fulfill the contract today to see the production and life of the villagers on the spot."

During the discussion, representatives of the cadres and the masses could not conceal their excitement, and they introduced the changes in life to the general secretary.

Zhao Huijie showed the general secretary a stack of photos. The photos truly recorded the old and new changes in their village.

There is a garbage sorting bin in the lower left corner of a photo. Zhao Huijie said that our village has implemented garbage sorting, and the village is cleaner and more beautiful.

After listening, the general secretary asked carefully, where did all the garbage go after sorting...

The general secretary's meticulous care for the lives of the people moved Zhao Huijie deeply.

When I walked into the villager’s farmyard that time, the general secretary opened the refrigerator and opened the lid to see how the food was going; he looked at the living room and bedroom to see how he was living; he took a look at the toilet to understand the sanitary conditions in the village...

The steadily blooming sesame seeds of the common people fully prove the correctness of the socialist road with Chinese characteristics.

During the discussion, the general secretary pointed out again: "A nation must be built into a moderately prosperous society in an all-round way; a nation must be indispensable to achieve the great rejuvenation of the Chinese nation. The Communist Party must do what it says, and it will definitely be able to do it."

Xi Jinping once declared to the world: "The people's yearning for a better life is our goal."

In February of this year, the General Secretary solemnly announced to the world: my country has won a comprehensive victory in the fight against poverty!

What happens after getting rid of poverty?

General Secretary Xi Jinping said: "Poverty alleviation is not the end, but the starting point for a new life and a new struggle."

On the new journey of the second centenary goal, "a nation cannot be less."

"Come on, work hard, and another long march!" On April 27, General Secretary Xi Jinping issued a call in Nanning, Guangxi, and the Communist Party of China will certainly continue to do what it says.