A majority of Germans currently prefer a government led by the CDU. Green leader Robert Habeck still does not rule out a left-wing alliance - but makes it subject to conditions. 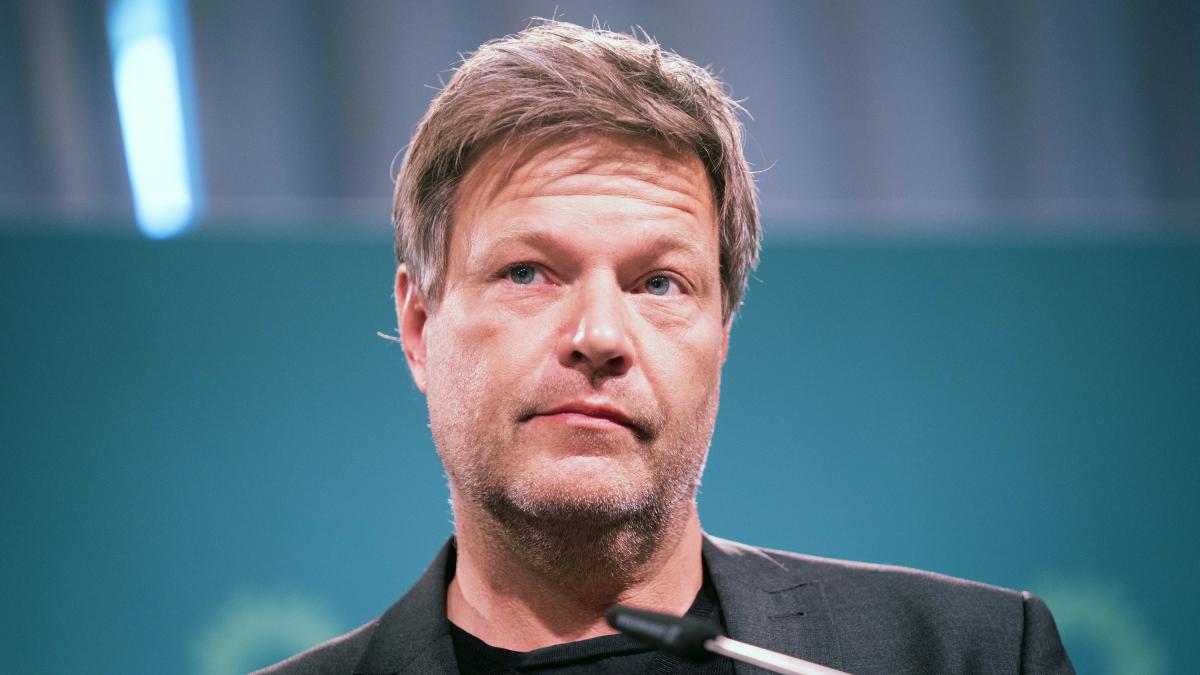 Green leader Robert Habeck has not ruled out a left alliance after the federal election.

Voters knew “that the mutual exclusion of parties can ultimately lead to ungovernability,” Habeck told the newspapers of the Funke media group (Saturday editions).

"We will conduct an independent election campaign for our goals and not engage in exclusivity."

For a possible coalition, however, Habeck demanded concessions from the left.

The party must “prove to a special degree that it is capable of governing and ready to take responsibility for this country,” said Habeck.

The demand for the dissolution of NATO belongs to the programmatic core of the Left Party.

Habeck also called for the left to take a clear position “that the industrial core of this republic will not be destroyed.

That cannot be done with us ”.

In the end, the sovereign decides which government options are there.

"And the one in which you can implement most of the necessary projects has the greatest chance of being realized," said the Greens boss.

According to the ZDF “Politbarometer”, the Greens are just 26 percent ahead of the CDU / CSU, who come to 25 percent.

With the other parties, there is only slight movement in the FDP: It has increased by one percentage point to 10 percent.

However, 50 percent of those questioned would prefer a government led by the CDU, only 39 percent a government under the Greens.

Habeck: "We protect the climate for the sake of freedom"

Habeck also defended himself in the Funke interview against the accusation that the Greens wanted to pursue climate protection with massive restrictions on freedom.

"We protect the climate for the sake of freedom," said the Greens chief.

"The point is to act consistently now over the next few years so that later governments do not have to take drastic steps."

The state rules must "be brought to the level of the Paris climate treaty," he demanded.

There should not be such a sharp rise in CO2 emissions and temperature that “we lose personal freedoms”.

Specifically, Habeck spoke out in favor of making short-haul flights “superfluous by 2030 by expanding the railway”.

He described the introduction of a speed limit of 130 on motorways as “sensible”.

In addition, “from 2030 only emission-free cars should be registered”.

When asked whether the Greens wanted to restrict meat consumption, the party leader replied: “Individual buying behavior is free in our society, and rightly so.

But we will make agriculture more animal-friendly and more environmentally friendly. "

Habeck rejected claims that the Greens wanted to ban single-family homes. “Of course there will continue to be single-family houses in Germany; for many, home ownership is part of their dream of a successful life. But space is scarce, prices are high, especially in urban areas, ”he said. Local politicians of all parties are faced with the great task of providing as many people as possible with an affordable home in a tight space.