In April 2019, Markus Weinzierl had trained VfB - and had to go after a 6-0 draw against Augsburg. Now he has returned to Stuttgart with the FCA. The result was again unpleasant. 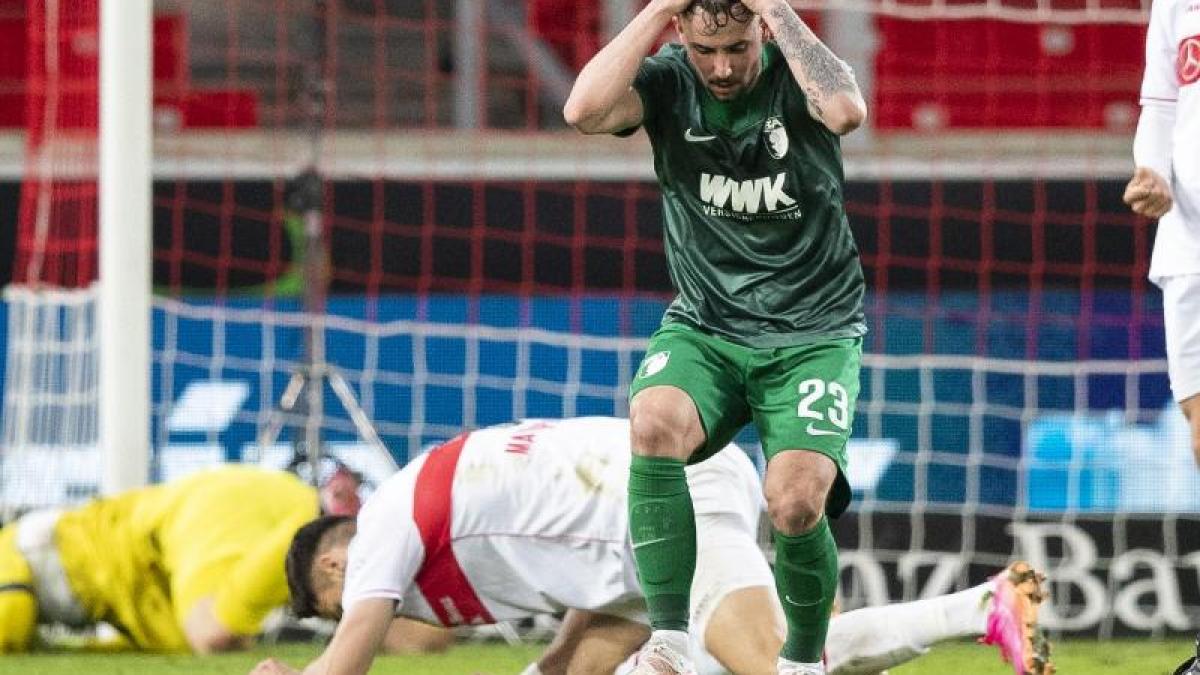 Stuttgart (AP) - At the end of a disappointing evening, Markus Weinzierl ran alone and with an empty view across the lawn.

The old and new coach of FC Augsburg applauded each of his frustrated players, then he said goodbye after the 1: 2 (0: 1) at VfB Stuttgart in the direction of the cabin.

"It would have been deserved to take something with you or even to win it," said Weinzierl at DAZN.

"We played very good football, but didn't reward ourselves."

After the fifth winless game in a row, the Augsburgers come under increasing pressure even under returnees Weinzierl in the relegation battle of the Bundesliga.

"Clean our mouths, we have to digest that now," said Florian Niederlechner.

His goal (59th) was not enough for Weinzierl's team despite a committed performance.

Philipp Förster (11th minute) and Sasa Kalajdzic (74th) ensured the success of the promoted team with their goals.

«It was a very competitive game.

We countered well and are happy that we were able to get a three-point again, ”said VfB goalkeeper Fabian Bredlow.

"What a dirty victory, as the saying goes, you have to win."

Kalajdzic was "very proud" and spoke of a not undeserved, but happy victory.

It was not because of Weinzierl's zeal.

748 days after his last game as Bundesliga coach on Friday evening, the coach on the sidelines presented himself wonderfully relaxed and full of energy.

The 46-year-old drove his team on loudly again and again.

Unlike recently under his predecessor Heiko Herrlich, the FCA wanted to attack early in Stuttgart and stress the opponent.

After the same pairing in April 2019, Weinzierl had said goodbye as Bundesliga coach for the time being, at that time he was still coaching VfB, where he ended on Holy Saturday after the 6-0 defeat in Augsburg.

Unlike the Stuttgart team at the time, the FCA was not lacking in passion and will this time.

Augsburg had more of the game, hung on, fought against the downward trend - but VfB immediately took its first chance. After a misunderstanding between Reece Oxford and Rani Khedira, the hosts switched quickly and passed the ball over a few stations to Förster, who pushed in from a short distance flat to lead. The fact that Stuttgart went into the break with this lead was due to substitute goalkeeper Bredlow, who repeatedly parried strongly in the absence of the injured Gregor Kobel.

What the Augsburgers definitely couldn't blame themselves for: that they didn't try everything.

Stuttgart repeatedly indicated its technical superiority, but the newcomer acted very insecurely on the defensive.

After changing sides, the guests then took advantage of another carelessness and came to equalize.

After a long cross from Iago, Richter headed across to Niederlechner, who finished with his head.

The Bavarian Swabians then pushed for the opening goal, but they were unlucky.

Instead, the picture of the first half was repeated: The FCA seemed to want it a little more, but the VfB scored the goals.

After a cross from substitute Darko Churlinov, Kalajdzic was perfect and headed into the goal to take the lead again.