Astrazeneca for everyone - useful information for those wishing to vaccinate

After months of giving preference to certain risk groups, Astrazeneca approved the vaccine for everyone. Several decisions now lie with the individual and the general practitioner. 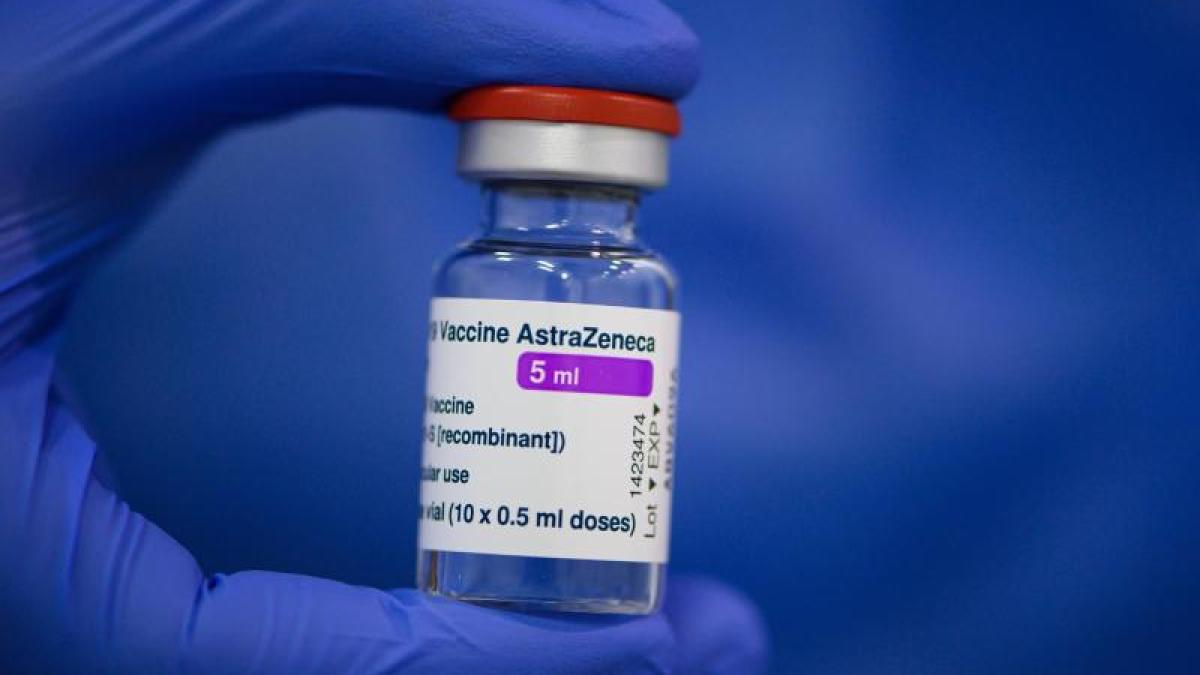 Berlin (dpa) - Preferred vaccination of nursing home residents, the chronically ill as well as nursing staff and doctors against Covid-19 - that is a bit over in Germany.

The Vaxzevria vaccine from the British-Swedish manufacturer Astrazeneca should now be available to every adult who wants to be vaccinated in consultation with a doctor.

If you are not afraid of compromising effectiveness, you can receive the two necessary injections just four weeks apart.

With a bit of luck, vaccinated people will be able to relax the corona measures before the summer holidays.

In the coming week, so announced Federal Health Minister Jens Spahn (CDU) on Friday, one million doses of the vector vaccine will be delivered to the doctor's offices, which will then be assigned without prioritization.

What to consider now when considering the vaccination offer:

A QUESTION OF AGE: There has been a lot of back and forth at Astrazeneca since February.

Initially, the Standing Vaccination Commission (Stiko) did not make a recommendation for older people, as the relevant data was still lacking at the time.

When the drug was used in younger people, however, rare but severe and sometimes fatal side effects after vaccination came to light: certain, unusual blood clots in combination with a reduced number of blood platelets.

Among other things, the European Medicines Agency (EMA) examined the cases closely.

Result: The benefit of the vaccination clearly outweighs the risk.

In Germany, Stiko currently recommends use for people aged 60 and over.

In the age group, the risk-benefit assessment “clearly in favor of the vaccination”.

Because with age, the risk of severe and fatal courses of Covid-19 increases sharply.

Vaccination with the preparation is also possible for younger people, "after medical advice and with individual risk acceptance by the patient", as Stiko puts it.

A RISK QUESTION: According to the vaccination information sheet, anyone younger than 60 should weigh the risk of the rare complications and the risk of infection with the coronavirus and Covid-19 disease.

The frequency of special blood clots is reported to be less than 0.01 percent in those under 60 who are vaccinated.

Experts report that classic risk factors such as taking the pill do not seem to play a role in the complication.

Arguments for or against vaccination with the vector vaccine can be one's own (contact) behavior, the occupation and the incidence in one's own region.

The likelihood of becoming infected at all is, for example, far lower in people who remain largely alone in a place with a low number of infections than in people with many contacts in a corona hotspot.

According to RKI data, more than five million Astrazenca vaccinations have been administered nationwide to date.

It is primarily about the time two to three weeks after the vaccination.

The Secretary General of the German Society for Immunology, Carsten Watzl, stated: “The risk of special thromboses as a side effect is very low.

In contrast, the risk of a serious complication from Covid-19 is much higher for many people.

I would only recommend using an mRNA vaccine for those under 30. "

THE QUESTION OF THE VACCINATION INTERVAL: Stiko recommends 12 weeks between the first and second dose for Vaxzevria. As Spahn announced, the interval can now be shortened to up to four weeks after consultation between the doctor and the person being vaccinated. This is also covered within the framework of the approval. Many apparently did not want to be vaccinated with Astrazeneca, as they would not get full vaccination protection until August after twelve weeks, said Spahn on Friday, also with a view to the vacation time and relaxations for completely vaccinated people. Since the first vaccination also protects, there is interest in this phase of the pandemic that many people get vaccinated.

"Studies have clearly shown that the effectiveness is only 55 percent with an interval of less than six weeks and is only over 80 percent with an interval of twelve weeks!", However, emphasized the expert Watzl. You have to tell people clearly: "If you shorten your vaccination interval at Astrazeneca in order to benefit from relaxation more quickly, you are doing it at the expense of your immune protection!" The percentages relate to the reduction in the number of diseases among vaccinated persons compared to unvaccinated persons in studies.

The committee had already spoken out in favor of sticking to the prioritization on Thursday.

This was justified by the fact that the proportion of unvaccinated people was still quite high, including among the elderly and those with previous illnesses.

Bogdan announced that the new regulation would now primarily reach people who wanted to achieve the status of fully vaccinated as quickly as possible.

"The majority of these will be mainly young people, who, however, only rarely get seriously or even fatally ill from Covid-19."

Report about Astrazeneca in "Science"

Interview with Prof. Oldenburg on risk factors for complications