Assa Traoré appeared on Friday before the Paris court on the second and last day of his trial. She is being sued for defamation by the gendarmes whom she accuses of having killed ... 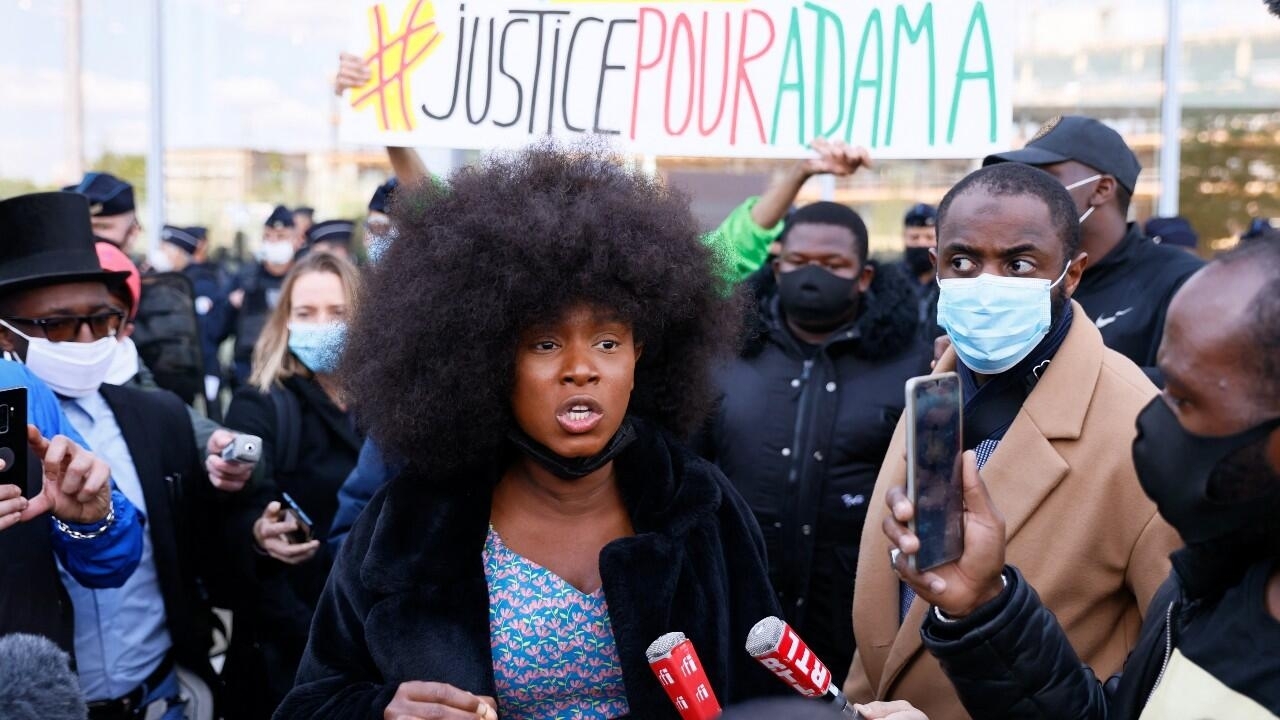 Icon of the denunciation of police violence, Assa Traoré appeared, Friday, May 7, before the Paris judicial court, for a defamation trial, pursued by the gendarmes whom she accuses of having killed her brother in 2016 in the Val- from Oise.

With no prospects for a possible trial in this high-profile case, the parties debated the causes of his brother's death, turning the libel lawsuit into a sort of "pre-trial" of Adama's death. Traore.

Subject of the trial, which took place over two days: Assa Traoré's tribune, entitled "J'accuse", published on Facebook in July 2019, on the third anniversary of the death.

In a reference to Émile Zola's formula, Assa Traoré cited the names of the gendarmes and accused them in an anaphora "of having killed (his) brother Adama Traoré by crushing him with the weight of their bodies", "of not not to have rescued "and" to have refused to dismantle (him) by asserting that he was faking ".

In February, the gendarmes had obtained a conviction of Assa Traoré by the Paris Court of Appeal, before which they attacked him in civil proceedings for "infringing the presumption of innocence".

For five years, investigating judges have been trying to determine the causes of the death of this young black man of 24, who died on July 19, 2016, in the Persan barracks almost two hours after his arrest in his town of Beaumont-sur -Oise (Val-d'Oise), at the end of a chase.

The magistrates rely on medical expertise whose conclusions differ on the responsibility of the gendarmes, not indicted at this stage.

For five years, the Traoré family has been mobilizing to see the gendarmes on the dock.

"We will fight to the end"

At the call of the collective La Vérité pour Adama, around 300 people gathered at the beginning of the afternoon, in front of the court to protest "against the impunity of the gendarmes" and to support Assa Traoré who, because of a malaise, had not been able to attend the pleadings and requisitions that very morning.

The three soldiers, which Assa Traore hoped to be confronted with, were absent from the hearing.

To prove or on the contrary invalidate the "factual bases" necessary to characterize a defamation, defense and civil parties have relied on documents from the investigation file, still in progress.

They were particularly hard on the duration of the arrest, from less than a minute for the lawyers of the gendarmes to nine minutes for Yassine Bouzrou, lawyer for the Traoré family.

The latter has several times drawn a parallel with the George Floyd affair, a recent symbol of police violence in the United States.

"When an individual is in the hands of a public service and dies, we can consider that there is a responsibility of the individuals who questioned him", retorted Me Bouzrou.

When the details of the arrest and death of Adama Traoré are described by the lawyer, in harsh terms, the mother of the deceased bursts into tears.

"I assume this letter. If the French justice in which I was supposed to trust had done the necessary work, perhaps at that time, I would not have wanted to write this letter", she defended herself.

Prosecutor Yves Badorc asked the court to condemn her because "the right to indignation has its limits".

For Me Sandra Chirac Kollarik, lawyer for a soldier quoted in the tribune, "the goal from the start is not the search for the truth but to approach the establishment of the postulate of the family from the first day: the guilt of the gendarmes ".

"This forum has nothing to do with justice," said Me Thibault de Montbrial, counsel to a gendarme who has filed a civil suit.

"The justice that is demanded is no longer having a decision but a conviction at all costs for everyone," he added.

At the end of the trial, the hitherto serene atmosphere became tense and emotionally charged.

The audience of 70 people, silent during the hearing, suddenly applauded the long plea of ​​the lawyer, and the speech of Assa Traoré.

"We will fight to the end. If necessary I will give up my life there to have truth and justice," she said.

The decision was put under advisement on July 1.