What happens to Juhayna? .. The largest Egyptian dairy company faces a government blockade after the arrest of its president

The licenses of dozens of trucks belonging to Juhayna Food Industries in Egypt were withdrawn, in an unprecedented procedure, months after the arrest of the chairman of its board of directors, Safwan Thabet, then the CEO. On several charges, including "financing terrorism." 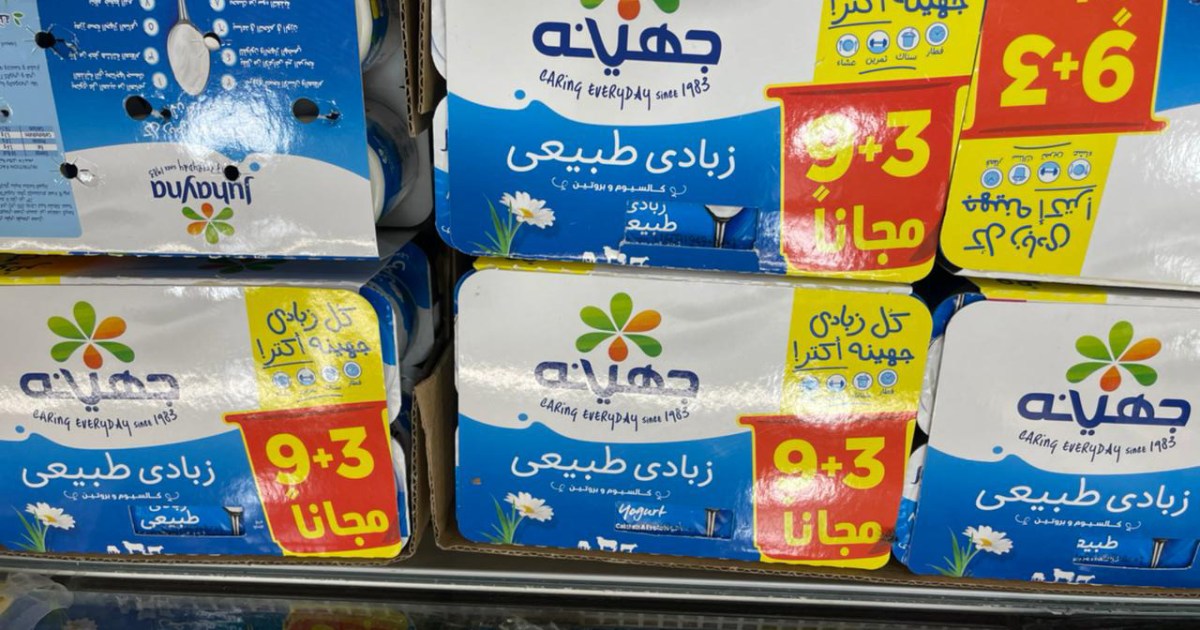 In an unprecedented measure against Juhayna Food Industries, months after the chairman of its board of directors, Safwan Thabet, and his son Saif, the CEO of the company, were arrested on several charges, including "financing terrorism", the licenses of dozens of trucks belonging to its huge fleet were withdrawn, according to official complaints filed by the company .

Following this procedure, the share of the company listed on the Egyptian Stock Exchange fell 4.55% at 5.25 pounds, continuing the series of decline from its highest value last July when it recorded about 8.24 pounds, recording a decline of more than 35%.

Juhayna, the largest producer of dairy and canned juices in Egypt, described the procedures in her complaint as “incomprehensible and unjustified,” according to a report published by Reuters on Monday, and sent copies of them to the Ministries of Commerce and Industry, Supply and Internal Trade, and to the Chamber of Industries. Food Industries Federation, and to the Attorney General of the Sixth of October District Prosecution.

As a result, some of them refrained from dealing with the company, according to the agency.

The company warned that these measures will limit its transmission and distribution capabilities, and cause losses.

Due to the decline in the company's dairy products in the market, in addition to damaging the company, its factories, branches, and its workers, which amount to about 4,500 direct workers, and about 25,000 from indirect workers.

Is it a displacement in favor of the army?

The measures taken against the company coincide with the interest of the Egyptian President, Abdel Fattah El-Sisi, personally in a national project for the establishment and development of hundreds of dairy collection centers nationwide, under the supervision of the National Service Projects Organization of the Armed Forces, the Engineering Authority for the Armed Forces, and the Ministries of Military Production and Agriculture.

The Egyptian-American businessman Mohamed Rizk, whose investment in the dried dairy industry is one of his areas of investment, considered that this coincidence between the state’s interest in the dairy industry and what is happening to Juhayna indicates that the purpose of these steps may be to dislodge this company from existence, or at least limit its capacity. To compete in the market, to the detriment of the Egyptian army factories.

He warned that what happened with Juhayna would negatively affect foreign and domestic investment in Egypt, and would present a negative message by all standards at home and abroad.

However, the Egyptian presidency says that the aim of the "project" is "to accelerate the establishment of this system with the largest possible number of collection centers, and with the help of the finest specialized expertise in this field, in order to contribute to the formation of an integrated system that maximizes the quantity and quality of dairy production, and allows the establishment of food industries of high quality." Relevancy. "

Egyptian observers and businessmen warned that transferring the crackdown on the founder of the company and his son to the same company, which is one of the most successful Egyptian pioneering companies in the field of food industries, threatens its capabilities to grow, weaken them, and possibly eliminate them, depending on the nature of other measures that the authorities may take. Egyptian against it later.

They assured Al-Jazeera Net that weakening the company would give way to a potential competitor seeking to obtain or reduce the company's share for his account.

But who is this potential competitor, who has the ability to compete, to pull the rug from under the company's feet, and to deal continuous blows to it by taking "arbitrary" measures until it falls (except for the state)?

Juhayna, founded in 1983, owns about 5,000 heads of dairy cows, 38 main distribution centers, 136,000 sales outlets, 900 trucks, 4,000 employees, 200 products and 4 factories, and 51% of the "Argo" company in partnership with the "Arla" company. Foods, a European company that specializes in dairy and cheese, has won many prizes, some of them during the era of the current Egyptian president, according to the company's website.

The company has donated several times since the arrival of President Abdel Fattah El-Sisi to power the government, and the first time was when it donated 50 million pounds to the "Long Live Egypt" fund in 2014, when its president, Safwan Thabet, was invited to participate in the meeting that the Egyptian President held with businessmen, He was later honored among the top 100 Egyptian companies.

This was followed by the reservation of 7.2% of the shares of Juhayna that Thabet owned indirectly in February 2016, and then his inclusion on the list of terrorists in January 2017 for a period of 3 years by a court ruling by the Criminal Court on charges of financing terrorist groups and monopolizing companies and institutions of goods. With the aim of harming the national economy.

Last year, the Supreme State Security Prosecution decided to detain Thabet in pretrial detention pending investigations in Case No. 865 of 2020, accusing him of “financing terrorism and participating in a group established in contravention of the law.” Then he joined him after only two months, CEO of the company Saif Thabet (Safwan's eldest son).

The Egyptian authorities say that their measures against Safwan Thabet are aimed at his "activity in financing terrorism," as the former head of the Brotherhood’s Funds Inventory Committee, Counselor Ezzat Khamis, who issued a decision to seize Safwan Thabet’s funds and properties in 2015, in press statements after his arrest, confirmed that “Thabet He was financing the activities of the terrorist Brotherhood and providing financial support to the group's armed wing, and investigations proved his role.

Mada Masr website, in a report under the title (Juhayna is no longer true news), quoted a source familiar with the developments of the case as saying, after the arrest of Safwan Thabet, what is required of him and his sons is to give up the assets of the "Pharaoh" company. "For the limited investments that the family owns, and the situation goes beyond paying a sum of money.

"It is the assets that are needed, not the funds."