US Secretary of State Antony Blinken was this Thursday, May 6 in Kiev. This was the first official visit to Ukraine by a senior official in the Biden administration since the coup ... 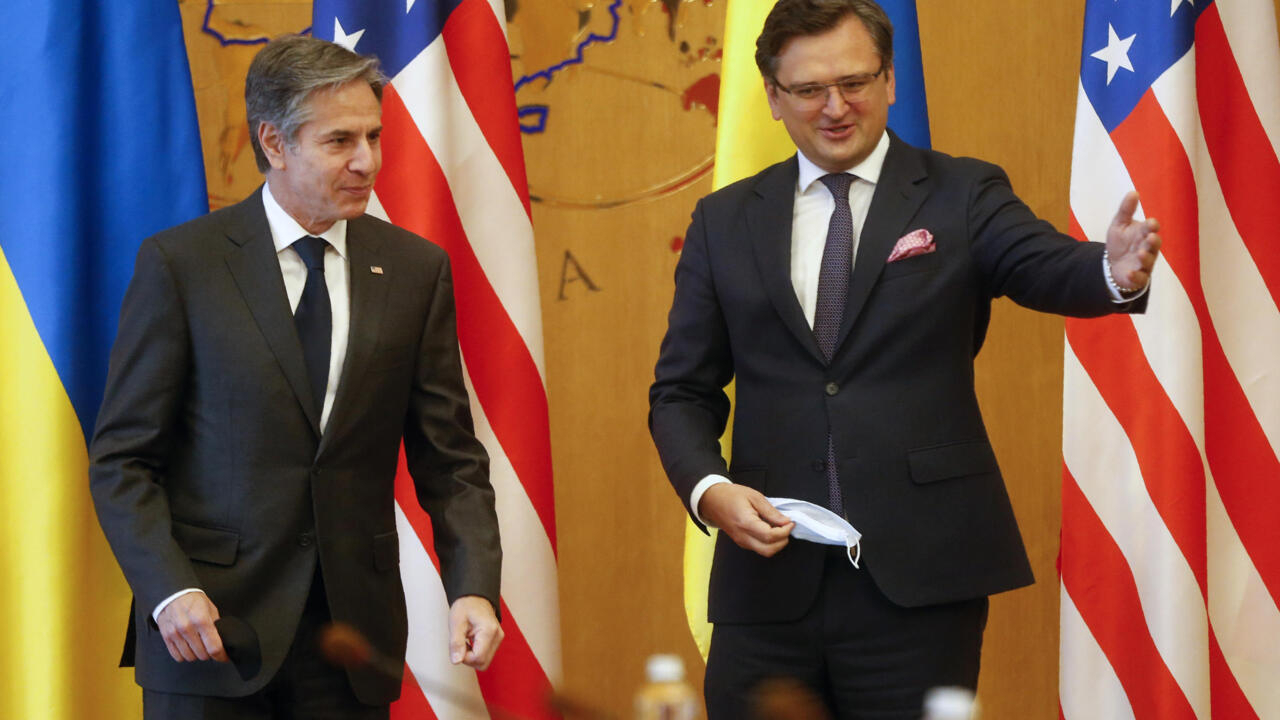 Kiev, May 6, 2021: US Secretary of State Antony Blinken was received by his Ukrainian counterpart Dmytro Kuleba (D).

US Secretary of State Antony Blinken was this Thursday, May 6 in Kiev.

It was the first official visit to Ukraine by a senior official in the Biden administration since the military heat wave with Russia a month ago at Ukraine's borders.

The head of the American diplomacy recalled the unwavering support of the United States to Ukraine, while Kiev and Washington estimate that Moscow has recalled only 3,500 soldiers to the barracks, and that tens of thousands of Russian soldiers remain at the gates from Ukraine.

But the visit of Antony Blinken, a close friend of Joe Biden, included another agenda, a little less official this one, to repair the relationship between Ukraine and the United States, strongly degraded during the presidency of Donald Trump.

with our correspondent in Kiev,

by US officials when addressing Kiev.

, the two presidents had a telephone interview;

the opportunity for Joe Biden to recall the unwavering American support "for the sovereignty and territorial integrity of Ukraine".

But on closer inspection, American support is conditioned on very important questions, which concern the management of Ukrainian public enterprises or the fight against corruption.

Thus, the delegation of Antony Blinken was greatly concerned that the Ukrainian government has landed in recent days Andriy Kobolyev, the director of Naftogaz, the state gas monopoly in Ukraine.

A source of corruption and destabilization.

By all accounts, President Biden's men have come to Kiev on a mission: they are seeking to fine the men, both Ukrainians and Americans, who tried to torpedo Joe Biden's candidacy.

At the time, several people close to

, including his number 2, Andriy Yermak, seemed to have bet on Donald Trump, and seemed to want to encourage investigations into the affairs of

Now the wheel has turned, the Ukrainian president wants to attract the good graces of the new administration in Washington, which wants to bring to justice the Ukrainian and Russian networks of Trump's henchman, Rudy Giuliani.

: The US Treasury sanctions Ukrainians accused of meddling in the presidential election

One man in particular is in the sights, an oligarch in the gas sector,

, exiled in Austria, suspected of being the missing link, between the Trump camp and the first circles of the Kremlin.