The world anxiously awaits its fall .. What will happen to the out of control Chinese missile?

Since announcing its out of control, the giant Chinese "Long March" missile, which was launched into space last Thursday, is still affecting the whole world, even though China is trying to mitigate the effects of its "involuntary return" to Earth. March 5 '' 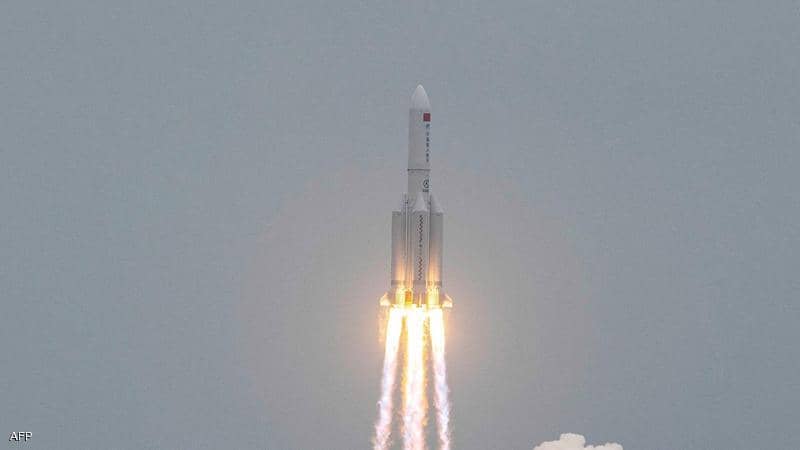 The world anxiously awaits its fall .. What will happen to the out of control Chinese missile?

Since announcing its out of control, the giant Chinese "long march" missile, which was launched into space last Thursday, is still affecting the whole world, even though China is trying to mitigate the effects of its "involuntary return" to Earth.

The Chinese "Long March 5" missile had gone out of control after reaching space, but it went out of control and could no longer be controlled, nor of course knowing where it landed.

While there is much talk about the uncontrolled missile, its potential to fall, and the possible effects it may have, Chinese state media have played down concerns about the missile debris.

Known as the Chinese missile, which is about 30 meters long and weighs 21 tons, its mission was to transport the central capsule to build the new Chinese "Tianhe" space station.

Why is the missile not shot down?

In this regard, Jamal Fahim, former head of the Space Research Laboratory at the Astronomical Research Institute, says that the missile cannot be shot down by any force in the world for several reasons, chief among which is the large size of the missile, along with its great speed, and the uncertainty of identifying its orbit, so relying on military projection The missile is not easy, especially since it is usual for satellites to be lost, or space stations to lose control of them, but their size is smaller, so the damage is slight.

Fahim added in a statement to "Sky News Arabia", according to the unofficial and inaccurate possibilities that the missile will fall into the ocean. However, unexpected surprises may occur, but data emerging from research centers around the world indicate that depending on the speed and movement of the missile, it is possible that Falls on Japanese shores.

As for talking about fear of falling on Egypt for its third passage, the former head of the Astronomical Research Institute says: "It is natural that it passes through Egypt because of its extreme speed, but that is not a catastrophic matter, it is a normal matter, the speed of the missile makes it revolve around the earth more than once. During its uncontrollable period, so I don't think it's a cause for concern. "

The Chinese missile orbits the Earth every 90 minutes at a speed of about 27,600 km / h, and at an altitude of more than 300 km, but with time it began to approach the ground little by little, reaching a low altitude of 80 km.

According to the Space Research Centers, the rocket is expected to fall to Earth between May 8-10, at which time it can be expected to land hours before.

Falling into the water

For his part, Mohamed El-Qousi, CEO of the Egyptian Space Agency, said that talking about shooting down the Chinese missile is almost impossible, especially since its movement is unknown and its path is not accurate, so the idea of ​​the projection cannot be relied upon.

Al-Qusi said in a statement to "Sky News Arabia", "The possibilities indicate a fall in the ocean, especially since the water covers 71% of the total area of ​​the globe, which is the greatest possibility, as well as the presence of uninhabited areas in which it can fall, in addition to the fact that the missile penetrates into the atmosphere." It will split and scatter, which reduces its danger, but of course the possibility of damaging the places of its fall remains.

He continued, "There is an accurate and updated follow-up on his movements and such incidents occur, but the size of the missile is what increased its danger."