The Swedish Public Health Agency is criticized when foreign-born people lag behind in vaccination: "We have warned about this"

Vaccination against covid-19 is now accelerating and phase four has begun in several regions. At the same time, the vaccination rate among some foreign-born remains very low. Now there is criticism that the Public Health Agency has done too little to reach the entire population with vaccines. - This is not something that surprises us, this is something we have warned about, says Ahmed Abdirahman, founder of the foundation The Global Village. 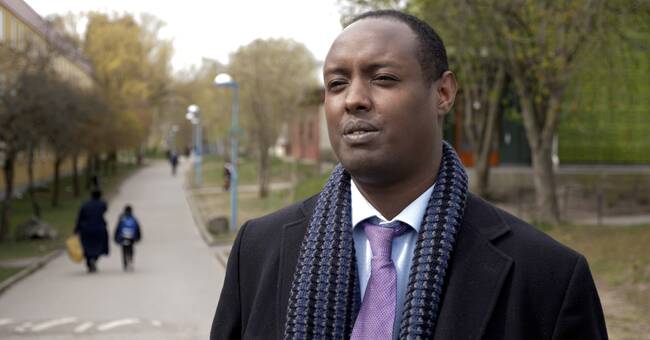 According to a report from the Swedish Public Health Agency, there are large differences in how many of the elderly in Sweden have been vaccinated.

Foreign-born people over the age of 80 are vaccinated to a much lower degree than people of the same age who were born in Sweden.

The vaccination rate is lowest among people born in Africa, the Middle East, South America and Asia, and the differences are also visible in the lower age groups.

According to Ahmed Abdirahman, the Swedish Public Health Agency should have done more to prevent these differences, by identifying at an early stage what challenges could exist.

- What you would have had to do at an earlier stage is to call people, do opinion polls to try to understand, what are people worried about, how many are willing to take the vaccine?

The Global Village has together with Novus conducted a survey which shows that confidence in the Public Health Agency and healthcare is lower in socio-economically vulnerable areas than among the rest of the population, which according to Ahmed Abdirahman should be an indicator that one needs to work in alternative ways to reach out. the information about the vaccine.

- It would have been necessary to focus on the target groups that had been difficult to reach from previous experiences of vaccination, he says.

According to state epidemiologist Anders Tegnell, it is serious that some groups are far behind in the vaccination, but

they do not yet have

an answer as to

- We have not investigated that issue in any detail yet, so so far we can only speculate.

There can be many different reasons.

We know that there is a lot of information material so it is quite obvious not just a simple communication question, but there are certainly many more bottoms, he says.

Tegnell: Signal to us all

According to Anders Tegnell, the Swedish Public Health Agency is now working together with other authorities to produce data that will help them understand what it is that causes some to give up the vaccine to a greater extent than others.

When asked if they could have done something different to prevent the problem, Tegnell answers that they have drawn the regions' attention to the fact that extra efforts will be required to reach certain groups.

- We have done a lot, many have done a lot. But we must also see if what we do is enough, and this is a signal to all of us who work with these issues that, no it is not enough, says Anders Tegnell.