The gay ARD series "All You Need"

ARD had Ufa shoot a series that tells the life of four Berlin gays in search of love. Is public television now discovering diversity as a pleasure instead of a burden? 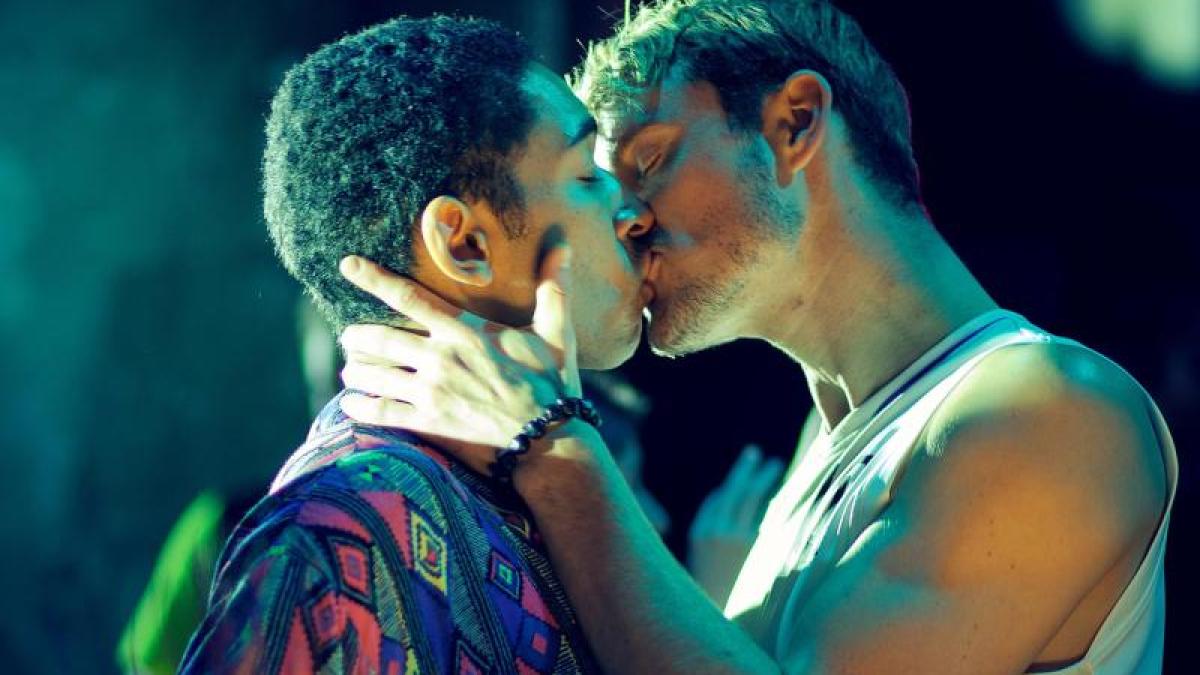 Berlin (dpa) - One criticism of German TV series is often that they are not diverse enough, hardly reflect the real diversity of Germany's society in 2021, but mostly the same milieus.

In short: you are too white and too straight.

Now a revolution is looming for public television: The five-part gay miniseries “All You Need”, which combines seriousness and humor, starts this Friday in the ARD media library.

On May 16 and 17, it will also be broadcast hidden late in the evening on ARD channel One.

A second season was ordered before the start.

So it goes on.

Sure, decades ago there were men kissing in the “Lindenstrasse”, queer characters in daily soaps like “Forbidden Love” or “Good times, bad times”.

But a production with exclusively gay series heroes?

In contrast to the English-speaking area.

The Manchester-based series “Queer as Folk” was released more than 20 years ago on British Channel 4.

It was invented by pioneer Russell T. Davies, who recently shone with series such as “Years and Years” and “It's a Sin”.

"Queer as Folk" was later also played in the US in Pittsburgh.

And seven years ago, “Looking” started through a group of gay friends in San Francisco.

In addition to the celebrating medical student Vince, we get to know the mysterious fitness trainer Robbie (Frédéric Brossier), who meets Vince after a toilet quickie in the club.

He is in a relationship with Tom (Mads Hjulmand) and threatens to screw him up in a villa.

Tom is the father of a 15-year-old and left his wife and son after coming out late.

He only gradually discovers his fun in being gay.

So much diversity and openness in series, the makers have hardly dared to do so on German television;

except for the gay dating show “Prince Charming”, perhaps, which is a reality format.

"I think it's great that as a man with Iranian roots I can now play a queer role," says actor Arash Marandi in the press booklet.

And Benito Bause says the series is “maybe a shock first” for many.

"I've never seen such an empowering figure like Vince on German television."

Almost everything imaginable gay occurs in the sum of around two and a half hours.

If you wanted the series evil, then you could discredit it as a bit overloaded because of the sheer need to catch up on the ARD and the production company Ufa.

Last autumn, Ufa made a commitment to more diversity in its films and series.

In places the episodes have something of a folk high school course on multiple discrimination, for example when Vince explains to the inexperienced Robbie that he also experiences everyday racism, that people mistake him for a drug dealer in the park or just grab his hair.

The realization that gays want to be loved, too, is insanely new and deep.

In search of security - clichés want to be served - they like to let it rip.

How did Levo's sister once tell her brother what kind of life gays supposedly lead?

His answer: «I wish everyone would party, flirt, and fuck more.

The world would be a better place. "