Pal Dardai's plan had the desired effect. In the fight to stay in the Bundesliga and after the Corona isolation, a united Hertha presents itself. Injuries, however, spoil the impression. 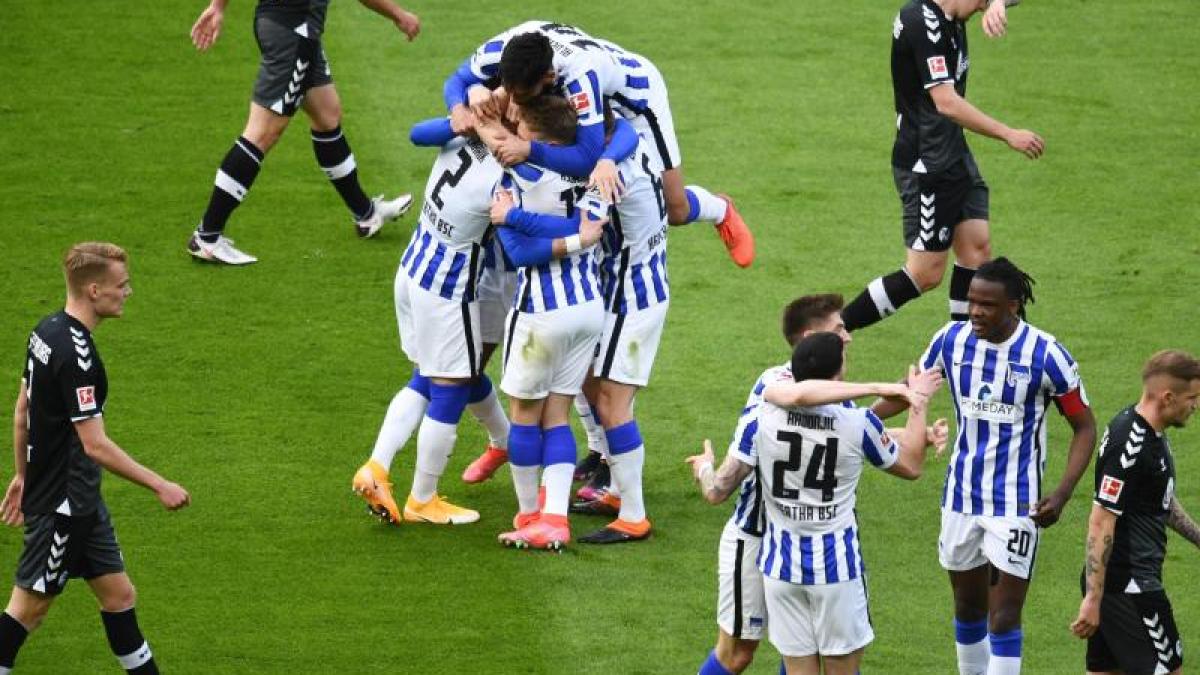 Berlin (AP) - Pal Dardai knew how much he had risked.

"You can of course also say that I made good decisions, but if it had gone wrong everyone would laugh," said the Hertha BSC coach.

His almost complete rotation with nine changes in the starting line-up in the middle of the possibly decisive stress week in the fight against relegation from the Bundesliga paid off as much as the cheerful Hungarian himself had probably never dreamed of.

"It was also a bit of goose bumps, it was team spirit," Dardai praised after the 3-0 (2-0) victory over SC Freiburg, through which the capital club jumped from 17th to 14th place in the table.

WAGNIS: Even his assistant coaches were surprised, Dardai described informally and also a little proud after his risk rotation.

When others started thinking about letting various teams appear in the tight rest of the Berlin program after their Corona quarantine break, “I never said anything”.

The 45-year-old already had the variant in mind.

Dardai implemented them against Freiburg.

"Before the game, the coach came up to us and spoke to us that we would rotate like that," reported the deputy captain Niklas Stark.

The national player was one of those who did not play in the Olympic Stadium from the start.

“And anyone who looked at the bench and listened to it, felt that no one was bent.

We all need men, we showed that in this game, ”emphasized Stark.

Due to the personnel changes, Dardai also changed the game system and left a back four in defense.

REALIZATION: Anyone who saw Hertha in this game found it difficult to imagine that this team is fighting against relegation.

The hosts were disciplined, determined and incredibly effective.

Even during the break, sports director Arne Friedrich praised the fact that something was growing together.

Dardai agreed to this after the game.

The isolation of the professionals and coaches for two weeks after five corona cases has brought the Herthaners closer together - according to the current impression.

At the same time, the new unity makes the Berliners more difficult to calculate.

“We expected them differently,” admitted Freiburg's captain Christian Günter, with a view to the new tactical variant and the personnel changes.

In addition, the Hertha players who were substituted on noticeably livened up the hosts' appearance.

DEATH: Mattéo Guendouzi is missing against Arminia Bielefeld, he will probably not be available for the remaining games either: suspected metatarsal fracture. He is the driver in midfield. In addition to Alexander Schwolow in goal, the 22-year-old Frenchman was the only one who had already been in the starting line-up against FSV Mainz 05. Shortly before the break, Guendouzi had to leave the field against Freiburg.

And then suddenly, shortly before the end, Sami Khedira, who was substituted for Guendouzi, was sitting on the bench - Dardai had ordered the 2014 world champion off the pitch.

In view of the calming leadership and the calf problems of Khedira, it was also possible with nine field players.

It is a matter of hardening, said Dardai and reckons with a two or three day break for Khedira.

Its use on Sunday at home against Bielefeld is therefore extremely questionable.