Maybrit Illner: Three weeks, "after that it can be opened," says Lauterbach

Everything is getting better, so the cautious tenor in the ZDF talk at Maybrit Illner. But why actually? And is there now a threat of new injustice as a result of the easing for vaccinated people? The chairperson of the ethics council found at least warning words. 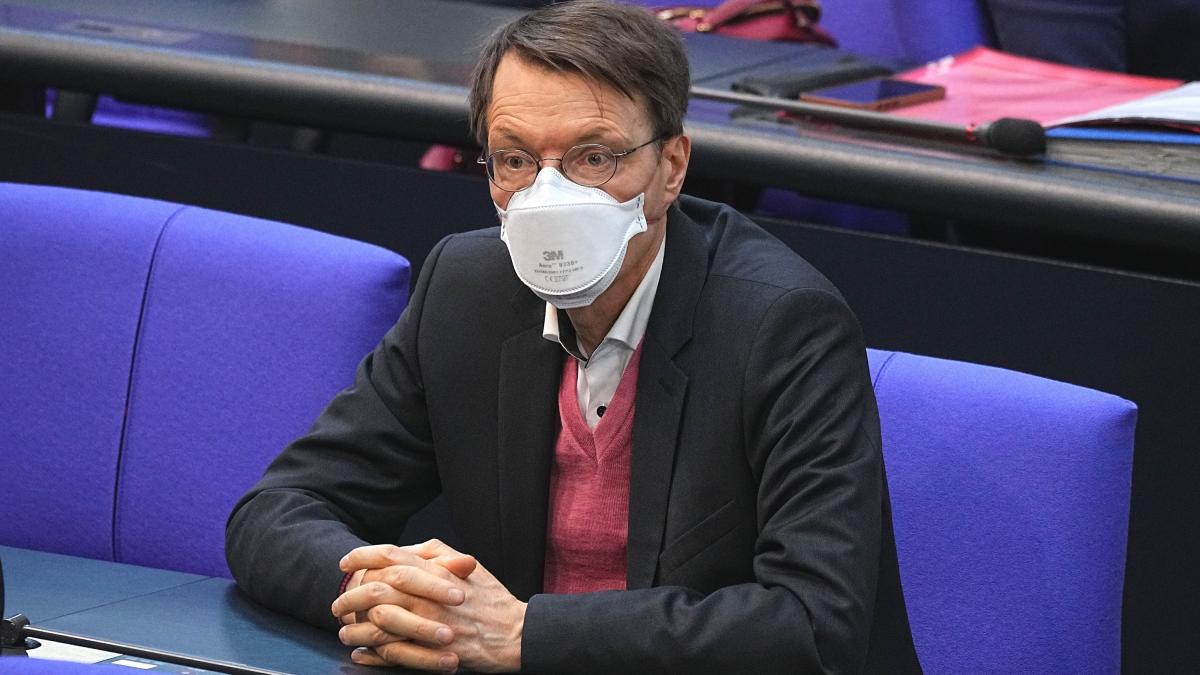 The incidences are falling in many places, those who have been vaccinated and those who have recovered can look forward to regained freedoms, and plans for openings are being forged across the country - everything is preparing for better times.

And that only a few weeks after the intensive care physicians sounded the alarm in view of the situation in the clinics and the Chancellor let the "emergency brake" be pulled.

Is there really any improvement in sight?

And will the next few weeks bring a new stress test in terms of solidarity, should vaccinated and unvaccinated people be treated differently?

The round at Maybrit Illner on ZDF was carried on Thursday by a positive tone that had not been heard in the Corona Talk Arena for a long time.

At the same time, there were also warning words.

The situation is improving

Illner first wanted Lauterbach to confirm and explain to me that the pandemic situation has actually been developing surprisingly well recently. He made several factors for why the number of infections went down: The debate about the Easter rest, to which many people would have responded by abstaining from contact, the lack of relaxation in connection with the emergency brake and the early effects of the vaccination.

Hesse's father Bouffier added to Lauterbach's list: “We did a lot before the federal emergency brake.

We have permanently restricted. ”-“ That's right, ”accepted Lauterbach, who anyway thought that Germany had made mistakes, especially in the run-up to the second wave, and combined this with a tackle against some of his colleagues in science:“ I don't want any here Name names, but we all know which scientists gave us a false sense of security back then.

But what's next now?

Lauterbach's prognosis was extremely optimistic - due to the increasing vaccination rate: "If it is 40 or 50 percent, the incidence actually drops exponentially," says Lauterbach.

"And we will reach this tipping point at the end of May - at the latest."

Until then, it is important to hold out, he pleaded.

The point is that unnecessarily many people are not infected in the last few meters.

“In these last three weeks, I would rely on the scientific models.

We'll hold out a little longer, then the opening can be opened, ”says Lauterbach.

Still reason for a reminder

To continue to proceed with a sense of proportion, not to open uncontrollably, is also in the interests of the people, said Alena Buyx: "As much as people suffer and so many are affected, I think very few want to put that at risk now."

You are now in an "exciting time", an "intermediate phase", so the CDU politician.

"The circle of those who are satisfied with what we are doing is getting smaller."

It was now up to the chairperson of the Ethics Council to issue a warning.

Buyx warned that young people in particular could now see a double disadvantage for themselves: they had long resigned for others and would now have to wait for their vaccination.

And she added clearly: “This is not a debate about envy.” Her demand was clear: “With all the justification of the legal argument,” says Buyx, “what I find really important is that it is recognized that offers are being created for those who have to endure it for quite a while. ”She therefore believes that the equality of those who have been tested and those who have been vaccinated is ethically correct, even if there are different risks.

Sport is not negotiable for Witt

Katarina Witt was part of the group for sport, for popular sport as well as for entrepreneurship in this very area.

She accused: “We are still tight.

The sport has already been closed for nine months. "And Witt let it be known that she lacks understanding for waiting even longer:" It is actually no longer negotiable whether sport is opened or whether sport is closed. "

She called for a perspective in which those responsible on site are also involved.

There will be no complete normality for some time to come - therefore: "We have to think long-term, how can we have sensible, responsible, hygienic opening concepts", says Witt.

Closure and bankruptcy of hotels and restaurants

Caroline von Kretschmann reported on her experience as a hotel manager.

But: “We have had an average load factor of around eight percent in the last six months of lockdown.

This is an economic disaster - no sales, but considerable costs.

And we do not participate as much in the federal government's compensation payments. ”She said she had to make up for the losses with loans, and that would weaken her survivability and competitiveness in the long run.

With a view to her entire industry, she quoted a survey by the hotel and restaurant association.

As a result, 25 percent of businesses would consider closing.

Six percent actually expected bankruptcy within the next three weeks.