After the last four Bundesliga victories, BVB's belief in a happy ending is growing. But in the next few days, the team of coach Edin Terzic will be challenged twice against Leipzig. 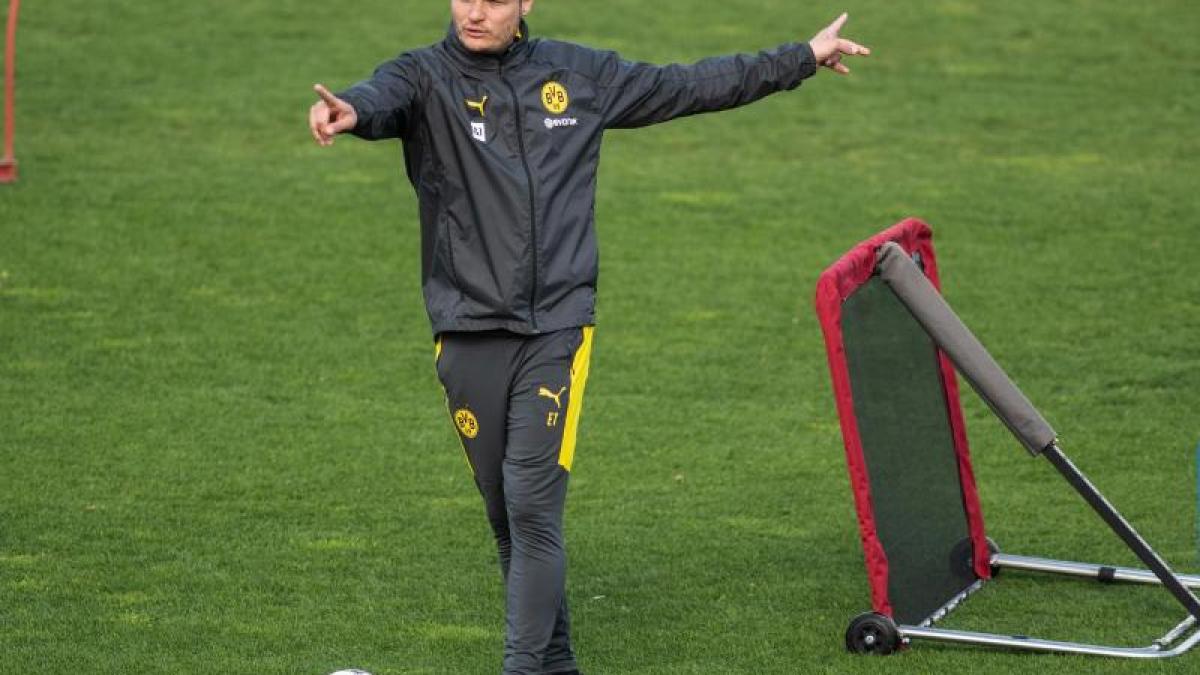 Dortmund (dpa) - First a final for Europe, then a final for the DFB Cup - Borussia Dortmund has the chance to bring a difficult season to a conciliatory end.

Within five days there is a double pack against the unloved rival RB Leipzig, the outcome of which could significantly influence the squad planning. The concern about loss of income of at least 30 million euros when missing the premier class is greater for Hans-Joachim Watzke than the anticipation of the showdown in Berlin. "If we got away with a black eye, it would be good," said the club boss to the "Funke Medien" hoping for fourth place at the end of the season.

After the last four league wins in a row, the belief in a happy ending is back.

Finally, the gap in the Bundesliga to Frankfurt was reduced to one and to Wolfsburg to two points.

A success over Leipzig could further improve the starting position.

Edin Terzic sees himself and his team responsible for other reasons as well.

"We have promised Mateu Morey that we will do everything we can to ensure that he can play the Champions League again when he returns," revealed the BVB coach one day after the operation of the Spaniard, who was in the cup semi-final duel with Kiel (5-0) sustained a serious knee injury and will probably be absent by the end of the year.

The BVB coach has not yet given a thought to the cup trip to Berlin and is completely focused on the first of the two games against Leipzig. The latest upward trend in his team is fueling confidence: “We have been able to gain a lot of self-confidence in the past few weeks. That is exactly what we need for the final sprint in the Bundesliga. "

The ongoing uncertainty as to which European competition Borussia will play in the new season makes personnel planning difficult. Missing the Champions League could damage the club's excellent reputation as a playground for the gifted. That would not only make it more difficult to buy up young stars, but also to make efforts to keep them there. Speculation about the future of Erling Haaland would continue to increase - despite the repeated and clear statements of the club bosses about his whereabouts of the Norwegian star striker beyond 2021.

On the other hand, the Leipzigers can almost plan for the generous additional income from the premier class with an eight point lead on fourth place.

This encourages all those who place the club as the new second force in German football behind FC Bayern Munich, but ahead of Borussia.

Michael Zorc does not want to take part in this discussion before the two Crown Prince duels: “The question is getting a bit annoying.

I don't know whether you should always measure the first, second or third force based on a few months.

We have the table for that.

For us, it's about maintaining our eligibility for the Champions League places, ”said the BVB sports director.

Terzic has similar priorities as Zorc, but also toying with more: “We want to achieve two more big goals this season.

One thing is to qualify for the Champions League, and for that we need the three points.

But that doesn't change the fact that there is a great desire to win the cup. "

Facts about the game on bundesliga.de