China News Service, May 6th. According to the WeChat official account of the Ministry of Ecology and Environment, in April 2021, the on-site inspection of the Sixth Central Ecological Environmental Protection Supervision Group found that the Xiangxi Tujia and Miao Autonomous Prefecture (hereinafter referred to as Xiangxi Prefecture) in Hunan Province planned to build The waste incineration power 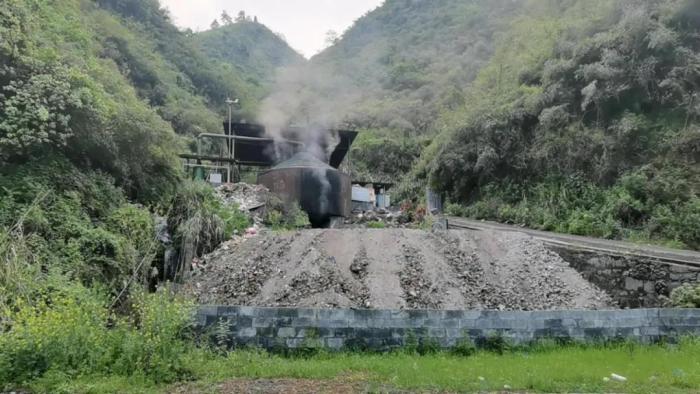 China News Service, May 6th. According to the WeChat official account of the Ministry of Ecology and Environment, in April 2021, the on-site inspection of the Sixth Central Ecological Environmental Protection Supervision Group found that the Xiangxi Tujia and Miao Autonomous Prefecture (hereinafter referred to as Xiangxi Prefecture) in Hunan Province planned to build The waste incineration power generation project has not been completed for a long time, and the small waste incinerators that should be banned have not been banned for a long time. The state-wide domestic waste treatment is far from being able to meet the new requirements.

The news pointed out that the second round of the third batch of the central ecological and environmental protection inspection team went deep into the front line and on-site, and verified a number of prominent ecological and environmental problems, verified a number of inactions, slow actions, unaccountable, uncompromising, and even perfunctory responses. , Falsification and other formalism and bureaucracy issues.

In order to play a warning role and effectively promote the rectification of problems, the inspection team conducted a centralized public notification of the fourth batch of 8 typical cases.

Among them, the construction of waste incineration power generation projects in Xiangxi Prefecture, Hunan Province is seriously lagging behind, and small incinerators have not been banned for a long time and the pollution is serious.

The specific circumstances of this case are as follows:

Xiangxi Prefecture is located at the junction of the four provinces and cities of Hunan, Hubei, Guizhou, and Chongqing. It has 1 city and 7 counties under its jurisdiction, with a resident population of more than 2.6 million, and an average daily domestic waste generation of more than 2,000 tons.

At present, the safe disposal of waste in the whole prefecture mainly relies on 9 domestic waste landfills, with a total design capacity of 1,520 tons/day, and an actual landfill of about 1,000 tons/day.

There are only 9 garbage transfer stations in towns and villages in the whole prefecture, which is far from meeting the needs.

The garbage collection and transfer capacity is seriously insufficient, and most of the household garbage in towns and villages throughout the prefecture is processed by small incinerators.

There is a problem

Around 2014, according to the unified deployment of Xiangxi Prefecture, counties and cities have successively built 133 small-scale waste incinerators to centrally incinerate domestic garbage in towns and towns, each with a processing capacity of 5-10 tons/day, and 111 are currently operating normally.

These small incinerators generally do not have supporting pollution control facilities, only two have simple dust removal facilities, and the secondary pollution is serious.

The inspection team randomly inspected 6 incineration stations in Luxi County, Fenghuang County and Baojing County and found that the site had a pungent smell, thick smoke, random piles of garbage, and random digging of incineration residues for burial. The environmental pollution and ecological damage were serious. The beautiful mountain environment is extremely disproportionate.

Although the waste incineration station of Liyan Village, Xixi Town, Luxi County has built simple pollution control facilities, it has not been in operation for a long time and the facilities are in dilapidated condition.

The slag was stacked in the open air, and the site was full of smoke and serious environmental pollution.

Image source: WeChat official account of the Ministry of Ecology and Environment

As early as 2015, ten ministries and commissions including the Ministry of Housing and Urban-Rural Development issued a document calling for the gradual ban on small-scale incinerators with serious secondary pollution. The Department of Housing and Urban-Rural Development of Hunan Province has subsequently repeatedly put forward clear requirements for "gradual banning."

Xiangxi Prefecture plans to build two waste incineration power generation projects, but the progress is seriously lagging behind, and small incinerators in the state have not been banned for a long time.

As the total amount of waste continues to increase, secondary pollution is becoming more and more serious.

The inspector found that the Jishou City Waste Incineration Power Generation Project was originally planned to start construction at the end of 2017, completed in 2018, and put into operation in the first half of 2019, but as of now, it still does not have the conditions for commissioning.

The Yongshun County Waste Incineration Power Generation Project was originally planned to start construction in the first half of 2018 and put it into operation in 2019, but it is currently only in the early stage of work.

-Lax and untrue supervision and management

In 2018, during the "Looking Back" of the Central Ecological Environmental Protection Inspectorate, the masses complained three times about the garbage incineration site in Yulong Village, Furong Town, Yongshun County. Xiangxi Prefecture only rectified the specific issues reported by the masses, while the existing areas within the jurisdiction were rectified. Turn a blind eye to a large number of similar problems.

The "Key Points for the Construction of a Beautiful Xiangxi in 2020" by the Leading Group for the Work of Xiangxi Prefecture to Build a Beautiful West Hunan clearly stated that simple waste incinerators in villages and towns will be completely abolished and the Xiangxi Prefecture Housing and Urban-rural Development Bureau will take the lead.

The inspector found that the Xiangxi Prefecture Housing and Urban-rural Construction Bureau not only failed to carry out relevant work, but even issued a statement to the inspection team that “does not know the number and layout of the existing township waste incinerator construction in the whole prefecture” on the grounds of “not being responsible for the construction and management of municipal solid waste incinerator And processing scale, etc." in the official document.

The inspector also found that there are also some problems with the operation of the existing landfill.

The bottom of the Guzhang County Domestic Waste Landfill is not in place, and part of the leachate flows out from the rainwater drain at the bottom; the operation and management of the leachate treatment station of the Huayuan County Domestic Waste Landfill is not standardized, and the treated wastewater is directly discharged through the rain gutter, and the leachate The rainwater on the mulch of the regulating pool is directly discharged to the environment without treatment, and the chemical oxygen demand concentration reaches 576 mg/L, which exceeds 4.76 times the concentration limit specified in the "Household Waste Landfill Control Standard (GB16889-2008)".

Leakage of leachate from the domestic waste landfill in Guzhang County.

Image source: WeChat official account of the Ministry of Ecology and Environment

The news pointed out that the Xiangxi Prefecture Party Committee and the State Government did not pay much attention to it and did not take the initiative to do enough. Not only did they not formulate plans or plans in the field of waste treatment, but also did not promote the upgrading of township waste treatment facilities.

Even after the Central Ecological and Environmental Protection Supervision Group transferred to the public to report the issue, it still did not attract enough attention, and the work was delayed again and again.

Although the Hunan Provincial Department of Housing and Urban-Rural Development and other departments have issued documents repeatedly calling for the phasing out of small incinerators, they have never specified the time limit and their attitude is not firm enough, which to some extent encourages the wait and see mentality of the grassroots.

The inspection team will further investigate and verify the relevant situation, and do follow-up inspection work as required.