The US Department of Defense has expressed concern over the apparently uncontrolled return of a Chinese Long March-type space rocket to Earth. China points out the danger that the remains of rockets will fall back to earth is "common in the aerospace industry". 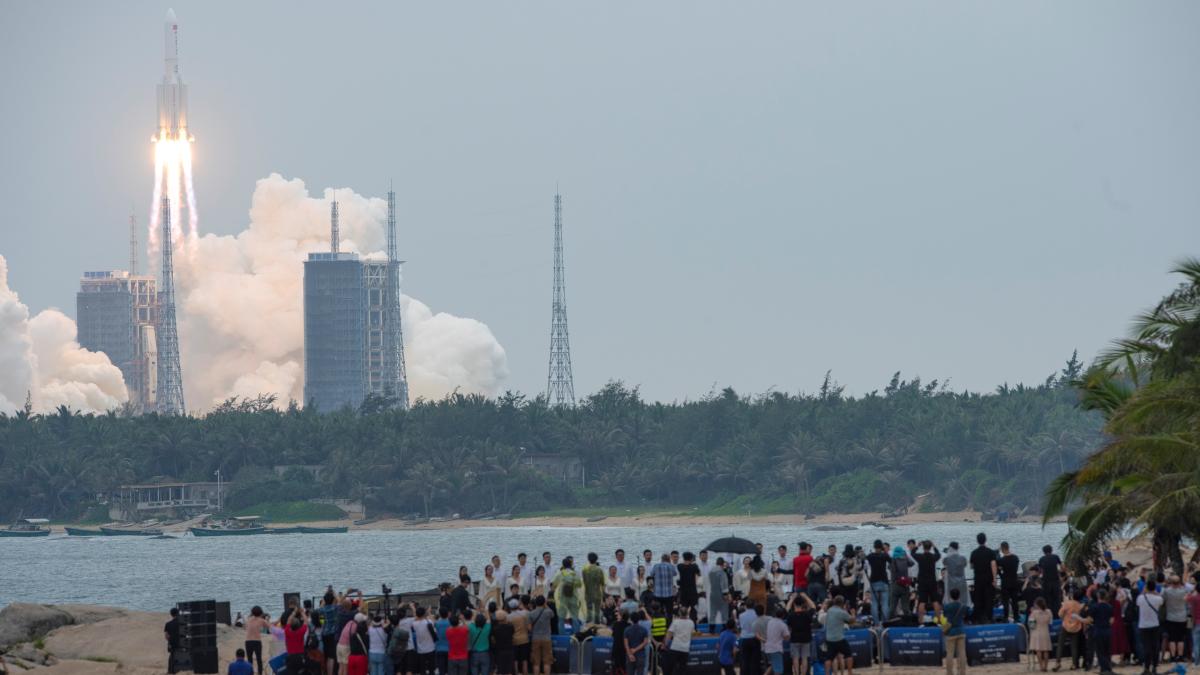 China's state media have denied concerns about falling debris from a launch vehicle used to build the China space station.

The fragments are "very likely to fall into international waters, and people need not worry," wrote the newspaper "Global Time", which often serves as an English-language propaganda organ, on Thursday, referring to space experts.

The US Department of Defense is following the apparently uncontrolled return of the Long March-type space rocket to Earth with concern. The rocket is currently sinking "almost intact to the bottom" and is expected to reenter the atmosphere around Saturday, Pentagon spokesman John Kirby said on Wednesday (local time). Calculating an exact crash site is currently almost impossible due to the uncontrolled sinking.

Western space experts had warned of possible debris due to an "uncontrolled" re-entry of the 20-ton main rocket stage into the atmosphere this weekend or Monday.

Germany is not likely to be in the risk zone.

The young space nation began building its own space station.

Because about 70 percent of the earth's surface is covered by water, landing in the sea is most likely.

However, a crash in an inhabited area or on a ship cannot be ruled out.

So far, according to Kirby, it's too early to take action.

The fact that the remains of rockets fall back to earth is "common in the aerospace industry," wrote the Global Times. The paper saw behind the warnings "nothing more than Western hype about a" threat from China "" in space technology. The expert Wang Ya'nan, editor-in-chief of an aerospace magazine, was quoted as saying that China's space agencies had carefully considered the development of falling debris, from the design of the rocket and the choice of launch site to its flight path and altitude.

"Most of the debris will burn when it re-enters the earth's atmosphere, leaving only a very small part that falls to the earth, which will potentially end up in areas far away from human activity or in the ocean," said Wang Ya'nan.

According to the "Global Times", experts also stated that the rocket stage was built primarily from lightweight material that usually simply burns when it reenters.

It is not the first time that the Chinese space agency has lost control of a spacecraft.

In 2018, the Tiangong-1 space laboratory shattered when it reentered the atmosphere.

However, China denied having lost control.

The construction of its own space station is a central component of China's ambitious space program.

Operations are scheduled to start in the coming year.