Figure of the pro-democracy movement in Hong Kong, Joshua Wong was sentenced to 10 additional months in prison for his participation last year in an unauthorized vigil in memory of the repression ... 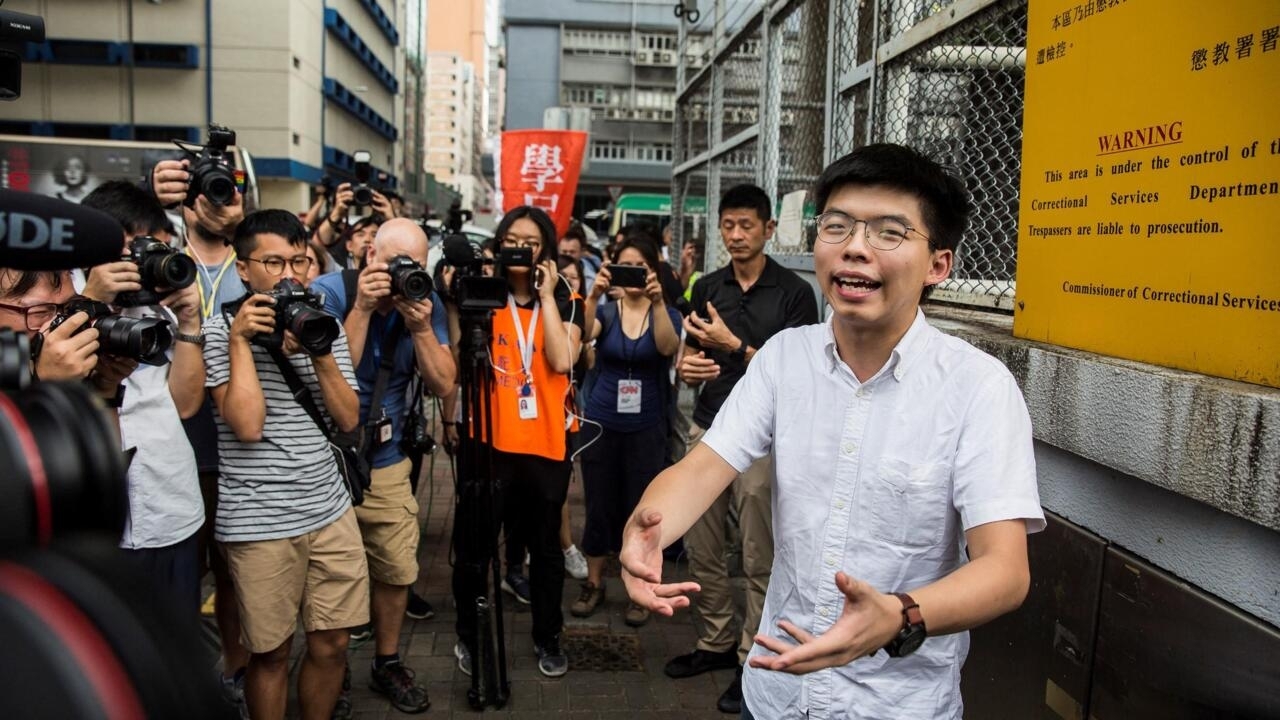 He is the most famous face in the West of Beijing's ruling opposition: Joshua Wong, was sentenced Thursday, May 6 to ten additional months in prison, this time for his participation in 2020 in an "illegal" vigil in memory of the crackdown on Tiananmen Square.

For decades, the former British colony was the only place in China where the bloody intervention of the Chinese military against the 1989 social and student movement in Beijing was commemorated.

But for the first time in 30 years, the vigil of June 4 was not authorized in 2020 by the authorities, who had put forward the pretext of the fight against the pandemic, in a context of muscular takeover of the city by the Chinese central power.

Tens of thousands of people had nevertheless defied the ban to peacefully mark the 31st anniversary of the Tiananmen crackdown in a park in central Hong Kong.

And legal proceedings had been initiated against 24 personalities of the pro-democracy movement.

On Thursday, four of them, including Joshua Wong, Lester Shum, Tiffany Yuen and Janelle Leung, were sentenced.

They had pleaded guilty to participating in an illegal gathering.

>>> To read on France 24: Joshua Wong, the face of the fight for democracy in Hong Kong

Joshua Wong was sentenced to 10 months in prison, a sentence on top of that of 13 and a half months he is serving for his participation in another protest in 2019.

"This sentence should deter people from committing and reoffending," Justice Stanley Chan said.

Lester Shum was sentenced to six months in prison.

Joshua Wong, Lester Shum and Tiffany Yuen are also being prosecuted in another case, under the national security law that Beijing has imposed on Hong Kong, and which is now the main instrument of Chinese repression in the former -British colony.

The other defendants, including some of the most prominent figures of the pro-democracy movement, many of whom are in custody in other cases, will be tried this summer.

The bloody intervention of the Chinese army in Tiananmen Square on the night of June 3-4, 1989 ended seven weeks of student and worker protests against corruption and for democracy in China.

The repression had left between several hundred and more than a thousand dead.

The subject is taboo in China.

For decades, the vigil in Hong Kong had inevitably attracted crowds, as a symbol of the unique freedoms long enjoyed by the still theoretically semi-autonomous territory, which returned to Chinese hands in 1997.

In 2019, the 30th anniversary vigil had already taken place in a tense political context as the pro-Beijing Hong Kong executive tried to impose the authorization of extraditions to mainland China.

A week later, the largest protest movement against Chinese rule in Hong Kong began, with almost daily, and sometimes violent, demonstrations and actions from June to December 2019.

Nothing now says that the Tiananmen crackdown can one day be commemorated again in Hong Kong.

China has taken advantage of the pandemic and the restrictions imposed on the fight against Covid-19 to significantly restrict freedoms and bring all forms of opposition under control and incarcerate dissidents.

In addition to the National Security Law, a new campaign to make "Hong Kong run by the patriots" will allow the loyalty of any candidate for elected office to be gauged beforehand.

Authorities have already indicated that the upcoming Tiananmen commemoration will not be allowed.

Lawyer Chow Hang-tung, a member of the coalition organizing the vigil, said the court on Thursday had "failed to define the difference between what is really illegal, namely violence, and what is part of our rights, peaceful assemblies. "

She promised that Hong Kong people would commemorate Tiananmen this year, even if the vigil is not allowed: "We will find a way to pray, and it will be in public."