The federal and state health ministers have completely lifted the vaccine prioritization for AstraZeneca's vaccine. Spahn also announced that he wanted to prepare the vaccination of adolescents aged 12 and over for August. 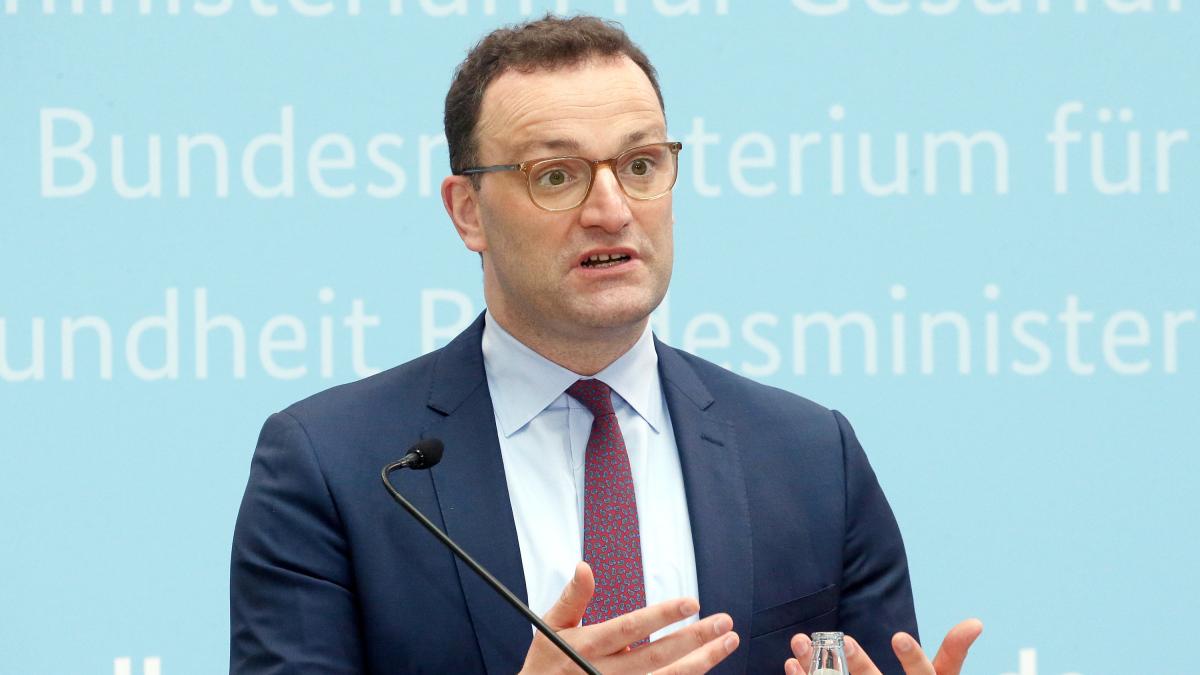 In the future, those wishing to vaccinate can be vaccinated against corona regardless of the valid priority list - if they and their doctor decide in favor of AstraZeneca.

This was decided by the federal and state health ministers, as the Federal Health Minister Jens Spahn (CDU) announced on Thursday in Berlin.

Accordingly, the prioritization for this vaccine is completely removed.

Doctors in practices can now decide who should vaccinate and when and whether the AstraZeneca preparation is the right one, says Spahn.

7.1 million or 8.6 percent of German citizens are currently fully vaccinated.

Almost every third person has had at least one injection: 30.6 percent.

All 12 to 18 year olds should also receive a vaccination offer by the end of August.

The prerequisite is that the vaccine from Biontech / Pfizer is approved as expected in June from 12, as Spahn further announced.

Today he is only admitted from 16.

The elimination of the prioritization at AstraZeneca goes back to a suggestion by Spahn.

The federal government relies on a passage in the Vaccination Ordinance.

Accordingly, the order can be deviated from, for example according to age, previous illnesses and occupational groups, if this is necessary for efficient organization or the timely use of existing vaccines.

Several federal states such as Berlin have already lifted the prioritization for the vaccine.

In Berlin you can get appointments for this from general practitioners.

According to the Robert Koch Institute, around 6.3 million AstraZeneca doses have now been vaccinated. According to the Federal Ministry of Health, 9.3 million AstraZeneca cans have been delivered to countries and wholesalers. The British-Swedish manufacturer has been in the headlines again and again - although experts consider its vaccine Vaxzevria to be just as suitable as the vaccines of other manufacturers.

When used in younger age groups, blood clots, some of which were fatal, rarely occurred in the brain 4 to 16 days after vaccination.

That is why the Standing Vaccination Commission (Stiko) recommends its use for people aged 60 and over.

In the age group, the risk-benefit assessment “clearly in favor of the vaccination”.

Because with age, the risk of serious and fatal courses increases.

However, vaccination with the preparation is also possible for younger people - "after medical advice and if the patient accepts the individual risk," according to the vaccination commission.

The Vaccination Commission had advocated continuing to give preference to particularly vulnerable groups for vaccinations.

With a persistently high willingness to vaccinate, there is “a considerable proportion of people who are ready to be vaccinated and are at high risk for a severe course of Covid 19 who have not yet had the opportunity to be vaccinated”.

Even in younger people with previous illnesses, only about a quarter were vaccinated once.

At the request of the German Press Agency, the Stiko chairman Thomas Mertens stated that this declaration refers to the current Stiko recommendation - “including AstraZeneca”.

According to Spahn, the prioritization in Germany is expected to be generally abandoned in June.

In the future, according to the federal-state resolution, the doctor, in consultation with the person being vaccinated, should also be free to set the interval between four and twelve weeks for an AstraZeneca second vaccination. "Many now prefer to have the second vaccination earlier, also with a view to the summer - with AstraZeneca that is also possible within the approval process," Spahn had already said in WDR. AstraZeneca-vaccinated persons would then have to wait less long until the corona restrictions were removed. Relief for vaccinated people has now passed the Bundestag and should be sealed this Friday in the Bundesrat. However, AstraZeneca vaccinees would have the disadvantage of possibly less effectiveness in the case of an earlier second syringe.

The Vaccination Commission recommends an interval of 12 weeks between the first and second dose for the preparation.

The background to this are observations that the longer distance leads to better effectiveness.

According to a report by the European approval authority EMA, the effectiveness of a two-time vaccination with an interval of four to eight weeks is 50.4 percent.

With twelve or more weeks it increases to 72.1 percent to 82.4 percent.

According to a decision by the federal and state governments, all 12 to 18 year olds should be offered a vaccination with the Biontech / Pfizer vaccine by the end of August.

The prerequisite is a timely admission from 12 in advance.

The European approval authority EMA wants to cast its vote in June.

For the first and second vaccination of these cohorts, around ten million doses are necessary in Germany.

The federal states should develop appropriate concepts - for example with explicit invitations to the vaccination centers or serial vaccinations in schools.

In Canada, the Biontech / Pfizer vaccine can be given to 12 to 15 year olds.

In the USA, approval from 12 onwards could take place in the coming days.

A clinical study in the US age group 12 to 15 showed 100 percent effectiveness.