After several months of breathless waiting, the Board of Supervisors - Facebook's "supreme court" - has delivered its decision: Former President Donald Trump remains banned from the platform. - This is a very hard blow to him, says US expert Jakob Stenberg to SVT News. 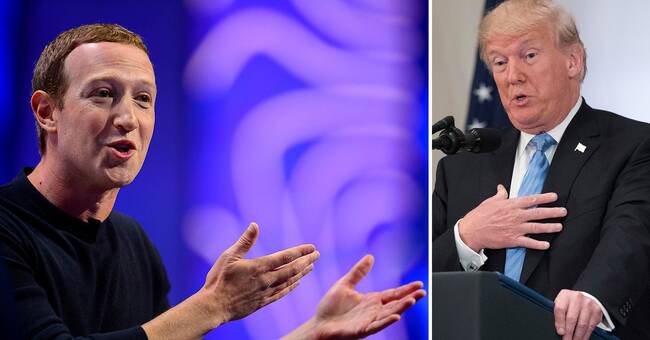 In connection with the storming of the Capitol in early January, Facebook CEO Mark Zuckerberg decided to suspend then-US President Donald Trump "indefinitely".

Then the Supervisory Board - an independent external council appointed by Zuckerberg - was given the task of deciding whether the ban would be permanent, or whether Trump would be allowed to return to the social media heat.

And now the Council has made its decision.

Mark Zuckerberg's post in January, where he announced that Trump has been banned Photo: Faksimil