To prepare for the school year: the deadline for lump-sum payments to Russian families with schoolchildren is outlined

The head of the Russian government, Mikhail Mishustin, approved a list of instructions prepared for the implementation of the theses of the President's message to the Federal Assembly. In particular, the Prime Minister ordered by August 17 to prepare a report on the provision of lump-sum payments to families with school-age children, as well as assistance to incomplete needy families with children and pregnant women. In total, the list of instructions included 58 items, including support for families, the Russian tourism industry and ensuring the financial stability of regional budgets. 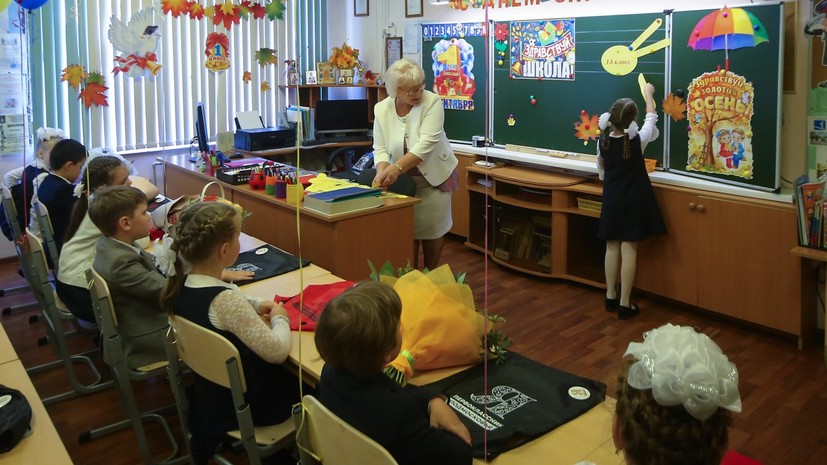 Russian Prime Minister Mikhail Mishustin approved a list of instructions for the implementation of the President's message to the Federal Assembly.

The approved list lists 58 items related to helping families with children, modernizing healthcare, supporting the tourism industry, providing public services, as well as ensuring the financial sustainability of regional budgets and other areas.

In particular, lump sum payments of 10 thousand rubles to families with children aged 6 to 18 must be made by August 17.

Recall that as part of his April message to the Federal Assembly, Vladimir Putin ordered to provide additional financial assistance to families with schoolchildren.

The President noted that the funds should be transferred in mid-August so that parents have time to collect their children for school.

“I propose to make one more lump sum payment to families where school-age children grow up, namely: 10 thousand rubles for all schoolchildren ... to extend this measure to future first-graders, to children who will just go to school this year,” he said Putin.

In his annual message, the head of state paid much attention to direct support for families with children in difficult situations. In addition, he proposed, starting July 1, to appoint pregnant women a monthly payment in the amount of 50% of the subsistence minimum of the working-age population. The payment is due in the event that the gestational age has reached six weeks, if the woman is registered for medical attention, and if the size of the family's average per capita income does not exceed the subsistence level.

The President also ordered a monthly payment for children between the ages of eight and 17 in single-parent families or families who, by court order, are eligible for child support and do not receive it if they are found in need or remain in this status after the payment of child support.

The amount of funds allocated will be 50% of the child's subsistence minimum in the region.

According to the Ministry of Finance, about 400 billion rubles will be allocated for the implementation of the President's tasks in the next two years.

In particular, about 170 billion rubles will be required for payments to families with schoolchildren by the beginning of the school year.

As noted by the head of the department, Anton Siluanov, these expenses do not carry inflationary risks, since they will go to the funds that are in the budget.

Additional tools for raising funds in the market will not be required, the minister noted.

The message of the head of state to the Federal Assembly also included initiatives dedicated to other issues of supporting the country's economy amid the coronavirus pandemic.

In particular, the President announced the extension of the tourist cashback program at least until the end of 2021.

Recall that under the terms of the initiative, 20% of the cost of the tour is returned to Russians for traveling around the country, but not more than 20 thousand rubles.

The President also mentioned the issues of supporting small and medium-sized businesses.

He instructed the government to prepare additional proposals in this area, including tax incentives, affordable loans and expanding product sales, including through purchases from large state-owned companies.

Along with this, Putin instructed the Cabinet of Ministers to submit proposals to ensure the long-term sustainability of regional and municipal finances and increase the independence of the regions.

In this regard, the President drew attention to the regions with a high level of commercial debt.

He proposed replacing the entire volume of commercial debt of the constituent entity of the Federation, exceeding 25% of its own income, with budget loans maturing until 2029.

In addition, the president proposed to provide the regions with infrastructure budget loans at a rate of no more than 3% per annum and with a maturity of 15 years.

According to him, by the end of 2023, it is planned to allocate at least 500 billion rubles for these purposes.