Intense farewell to Pablo Iglesias: "Its historical dimension does not fit in a tweet"

"If you come for the king, you better not fail." That Pablo Iglesias is inspired by series is nothing new, and he has reserved a privileged place for fiction. The... 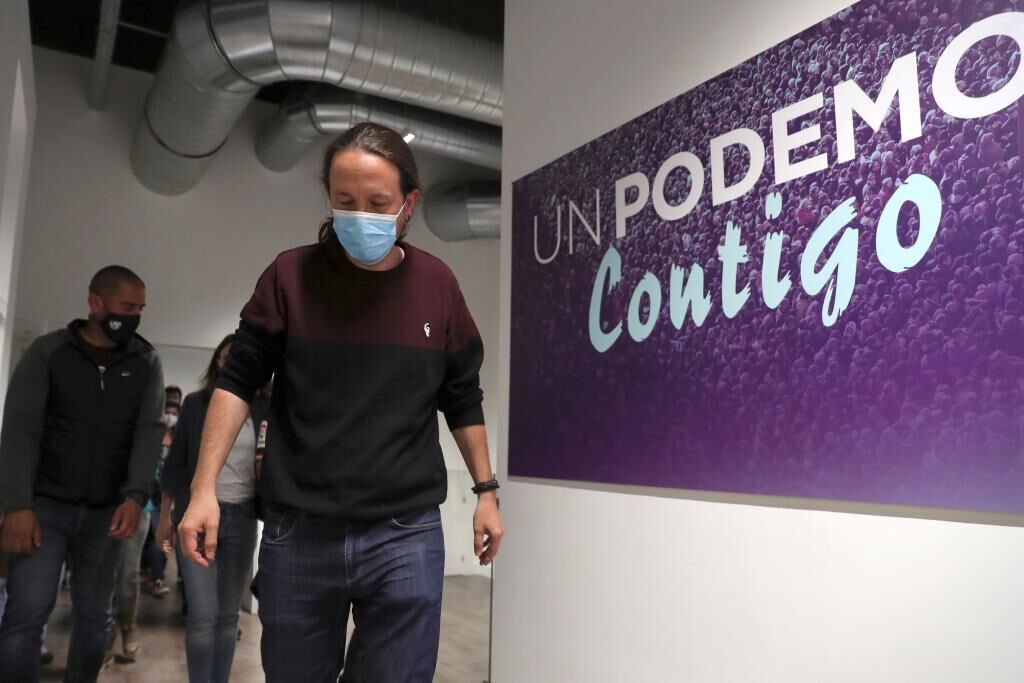 "If you come for the king, you better not fail."

That Pablo Iglesias is inspired by series is nothing new, and he has reserved a privileged place for fiction.

of the former second vice president, former candidate for the Presidency, that of the Government and that of the

, of the former leader of United We can dawns without charges and with a quote from

, throughout his entire political career as in his goodbye, has left a trace of intensity in front of him.

With sadness or joy, his friends and enemies, surely all of them intimate, have fired someone who one day dreamed of storming the skies.

"What is honest and obligatory to say about the historical dimension of Pablo Iglesias does not fit in a tweet,"

"Just thanks for so much today, boss."

And he addressed his followers: "And you ... do not forget all that he has taught us. To continue fighting from what is sown and built for a better country!"

, who gave her candidacy for the Presidency of the

, has had a few words of memory for the former leader of her party: "Thank you for so much. We can never thank you enough for everything you have put in you to make this world better. May you be happy and not go far. "

"I have many doubts about many things, but I also believe I have some few certainties. One of those certainties is that Spain is today a better country thanks to

after the announcement: "Friend and colleague, Thank you for your work and your firm commitment. Salud y República ".

His partner and mother of his three children, the Minister of Equality Irene Montero, has been brief and direct in his farewell: "We do not forget who we are, where we come from and why we are here. Thank you

, her successor in the leadership of

, has addressed Iglesias directly with an emotional message: "Pablo, many years ago I told you that you were changing the history of this country. It has been and is a pride to be there. your side".

in the Congress of Deputies, wished Iglesias "the best of luck, the best of successes" in his "new path."

Ayuso: "I do not know where he will go, to do good I am convinced that he will not"

has spent Wednesday morning tweeting goodbyes, although his are different.

He borrows the words of

, whose confrontations with the already former leader of

are known, to tweet: "Politics has been crying from home. Close the revolving door when leaving."

By the way, in the same program

has fired Iglesias his rival in the elections, Isabel Díaz Ayuso: "I do not know where he will go and I am not interested, but to do good I am convinced that no", he has sentenced.

PoliticsThe April Click: From "Socialism or Freedom" to "Democracy or Fascism"