Hydrogen: what role fuel could play in the future

North Rhine-Westphalia could play an important role in supplying Germany with climate-friendly gas. This is the result of a study that is exclusively available to WELT. Düren is the first district that wants to produce hydrogen itself. 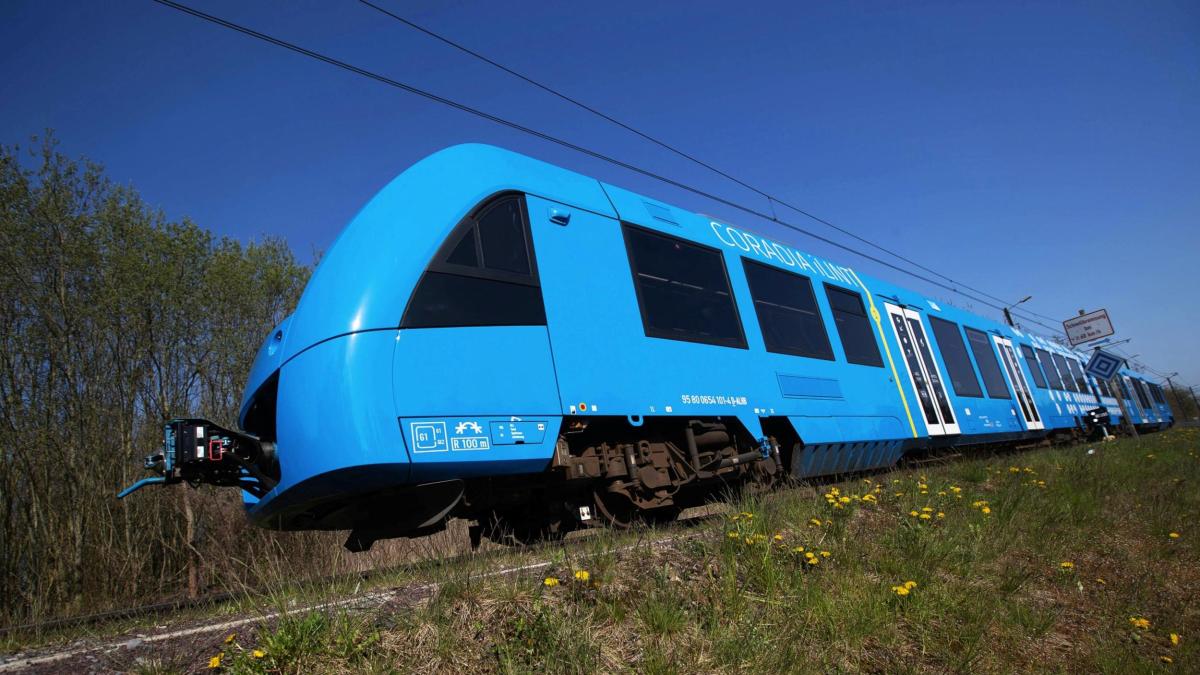 To the left of the A44 from Düsseldorf in the direction of Aachen, Jülich used to have more than 30 huge radio antennas on the so-called Merscher Höhe.

But the old transmission technology has become obsolete, the antennas have been torn down.

One of the largest solar parks in North Rhine-Westphalia will now be built on the municipal site by 2023, and a large-scale system for the production of hydrogen is to be built.

"Even after the end of lignite, we want to be energetic, but we want to open a new chapter", says Düren District Administrator Wolfgang Spelthahn.

The CDU politician wants to make the district climate-neutral by 2035, the hydrogen should provide for new companies and jobs.

“Why shouldn't a manufacturer of hydrogen buses and trucks also set up shop with us?” Asks Spelthahn.

The Düren district plans to put three hydrogen buses into operation by the end of the year, and in future the entire regional train network is to be converted to CO2-free drives using this fuel.

Düren is the first district in North Rhine-Westphalia that wants to produce "green" hydrogen itself.

This requires electricity from renewable energy sources such as wind and sunlight.

In addition, there are numerous other initiatives in North Rhine-Westphalia to advance the climate target formulated in Berlin of reducing greenhouse gas emissions by at least 95 percent compared to 1990 levels by 2050.

Hydrogen is an elementary building block.

What a future-oriented hydrogen system can look like has now been carried out by the Düsseldorf Ministry of Economics in an accompanying scientific study by Forschungszentrum Jülich and experts from RWTH Aachen University.

This “hydrogen roadmap” is to be presented to the public in the coming weeks, it is already available exclusively to WELT.

A central result of the study is that NRW will demand around a third of German hydrogen from 2050, half of which is attributable to the transport and industry sectors.

At the same time, the scientists from the Institute for Energy and Climate Research and the Chair for Fuel Cells show that only about ten percent of this hydrogen demand can be generated in NRW itself.

On the other hand, 90 percent of the demand must be met from other federal states - for example from the North Sea, where large production facilities are to be built near wind farms - and through imports from abroad.

Because only hydrogen produced by wind power and other renewable energies is really “green”.

In the interim, however, “gray” hydrogen, for example from burned natural gas, should also support the restructuring of the systems.

Due to its geographical location, NRW will become a hub for a future hydrogen infrastructure, the scientists write.

The local industry and the Rhine-Ruhr region will be supplied primarily through imports from the neighboring Netherlands.

NRW can then score points above all for its infrastructure.

Hydrogen storage facilities could be housed in old salt caverns, existing pipeline routes could be converted to hydrogen, and electrolysis and reconversion systems built at former coal-fired power stations.

As a transhipment and transit point, the state could also supply regions in southwest Germany.

"NRW thus makes a significant contribution to a national hydrogen supply," it says.

There are already some projects in North Rhine-Westphalia that are intended to help ensure that more fuel cell vehicles are used in road traffic.

In the “DüsselRheinWupper” model region, it is assumed that around 6000 such vehicles will be on the road in Düsseldorf, Duisburg, Wuppertal and the Rhine district of Neuss by 2030.

At the moment, however, only two Asian manufacturers are building cars in which the hydrogen is burned emission-free in a fuel cell.

In the Steinfurt district in the north of North Rhine-Westphalia there are plans to soon provide 5750 tonnes of hydrogen a year for buses, trains and garbage trucks.

There are also big plans in Duisburg.

At Thyssenkrupp Steel, as part of the “H2 Steel” project, attempts are already being made to operate a blast furnace at least partially with hydrogen instead of using coking coal, which is harmful to the climate, as was previously the case.

But the restructuring of the entire German steel industry would cost billions, the corporations and IG Metall are demanding massive state support.

Most of the time, the development of hydrogen infrastructure does not work without subsidies.

The state government of North Rhine-Westphalia has so far provided around 150 million euros for more than 130 projects in hydrogen and fuel cell technology.

In return, savings of up to a quarter of the current CO2 emissions and up to 130,000 additional jobs will be possible in the future, according to the Ministry of Economic Affairs.

Rüdiger Eichel from Forschungszentrum Jülich describes the high investments as conversion costs that will pay off later. “Modifying an existing system is always difficult, especially at the beginning,” says the professor. But if Germany could become the technology leader in hydrogen, it would later be able to sell this technology all over the world. However, it will probably take at least until 2030 before there will be large quantities of “green” hydrogen.

There was positive news for the hydrogen location North Rhine-Westphalia on Wednesday, April 28th. In Berlin, the Federal Ministry of Transport and Digital Infrastructure decided that Duisburg-Hüttenheim was on the shortlist for the establishment of a German innovation and technology center for hydrogen technology (ITZ) - alongside Chemnitz in Saxony and Pfeffenhausen in Bavaria. 15 German locations applied for such a center, in which future markets for automotive suppliers and the hydrogen economy should be opened up.

In Düren, on the other hand, the first groundbreaking for the construction of the solar park is to take place in the summer, 18,000 solar modules are planned, and from 2022 hydrogen is to be produced on the Merscher Höhe using the electrolysis process. The district wants to make a substantial contribution to the hydrogen demand in North Rhine-Westphalia, says District Administrator Spelthahn: "It has already paid off that we called 'here' early on when it came to hydrogen."