For the first time, it was officially revealed .. The Iraqi President: We hosted Saudi-Iranian talks more than once

Iraqi President Barham Salih revealed for the first time that his country was hosting direct talks between Saudi Arabia and Iran after the relationship between Riyadh and Tehran was cut off years ago. 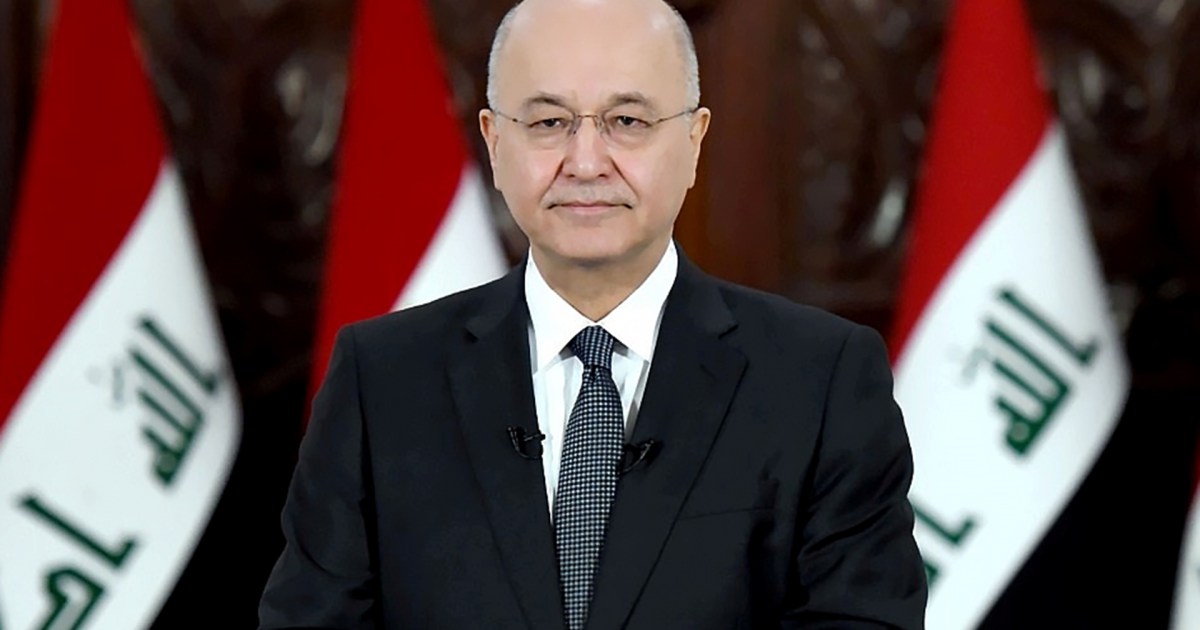 Iraqi President Barham Salih revealed for the first time that his country had hosted direct talks between Saudi Arabia and Iran, after the relationship between Riyadh and Tehran had been cut off for years.

Saleh said - in an interview with the Beirut Institute research institute and broadcast on the Internet - that Iraq has hosted more than one round of talks between Saudi Arabia and Iran during the past period, stressing that these dialogues are in the interest of everyone in the region, and that they are important. To convince the different parties to find solutions to their problems.

He added that he appreciates the Saudi initiative to bring peace to Yemen, refusing to give any details about whether there will be other meetings between Riyadh and Tehran.

Western newspapers have reported in recent days about a meeting between Saudi and Iranian officials at a high level in Iraq, and that the talks came to discuss issues of the dispute, including the war in Yemen and the Iranian-backed militias in Iraq.

During this period, Saudi Crown Prince Mohammed bin Salman confirmed that Iran is a neighbor, and that the Kingdom aspires to have a good relationship with it, wishing the Houthis to sit at the dialogue table to end the war in Yemen.

The Saudi Crown Prince clarified - in a TV interview - that what Saudi Arabia is seeking is a good and distinct relationship with Iran in a way that serves the interests of the two countries, indicating that his country is seeking with its partners to solve what he described as the existing problems with Tehran on some issues.

"We do not want Iran's situation to be difficult, on the contrary, we want Iran to grow, and to have interests in it and have interests in the Kingdom of Saudi Arabia to push the region and the world to grow and prosper," he added.

The Iranian Foreign Ministry responded that Tehran is ready to hold talks with Saudi Arabia at any level and in all issues.

And Iranian Foreign Ministry spokesman Saeed Khatibzadeh considered that what he described as "Riyadh changing its political rhetoric will help change the situation, but this should lead to a change in its behavior."

These talks come at a time when diplomats hope to contribute to easing tension in the region, while the United States is participating in indirect negotiations in Vienna on a possible return to the nuclear deal with Iran.

Tensions have risen in the Middle East after the withdrawal of former US President Donald Trump in 2018 from the nuclear agreement concluded in 2015 and the imposition of sanctions on Tehran.

In Iraq, the United States killed General Qassem Soleimani, commander of the Quds Force of the Iranian Revolutionary Guard, in 2020, while armed groups suspected of having links with Iran continued to fire missiles at American bases.