Committee of experts confirms exclusion but could change the decision - which includes Instagram - in six months&nbsp; 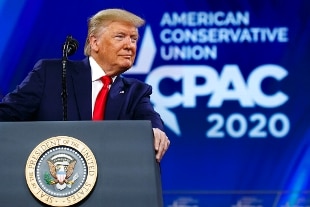 May 05, 2021 Facebook's oversight committee has decided to confirm Donald Trump's ban from the platform.

The 'Facebook oversight board' is an external group of independent experts commissioned by founder Mark Zuckerberg to review the most radical choices regarding the social network's policy.

Trump was banned "indefinitely" four months ago and his account blacked out for - the platform claims - inciting his fans to storm the US Congress last January and then defending them as "patriots".

The Board has upheld Facebook's decision on January 7 to suspend then-President Trump from Facebook and Instagram. Trump's posts during the Capitol riot severely violated Facebook's rules and encouraged and legitimized violence. https://t.co/veRvWpeyCi

The Facebook committee in charge of examining compliance with the platform's policy has however determined that the decision to suspend the former president should be reviewed in six months. A measure that also affects Instagram, another social media owned by Mark Zuckerberg from which Trump has been excluded. The former US president had at least 60 million followers on both platforms. For Trump, says the American press, the board's confirmation of the ban is bad news. The former president launched his own website on Tuesday to communicate with supporters.