Following the ruling by the Constitutional Court, the federal government is pushing ahead with the reform of the Climate Protection Act. Both Chancellor Merkel and Finance Minister Scholz are pushing for climate neutrality as early as 2045. Massive greenhouse gas savings are also planned. 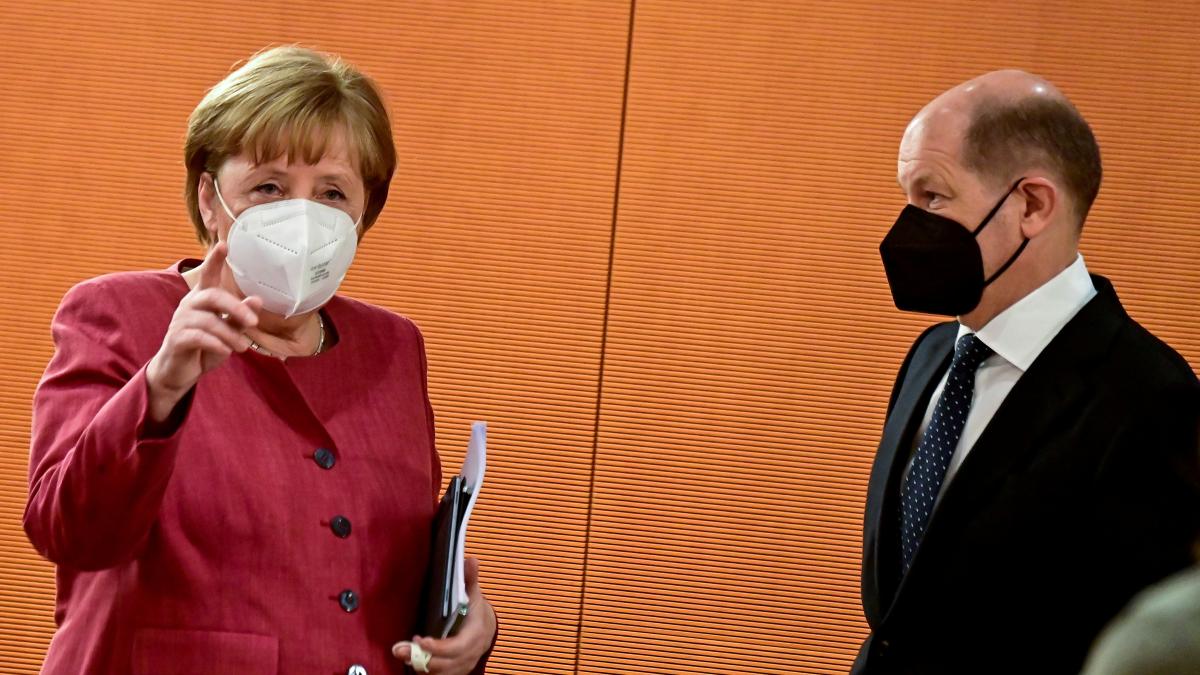 According to the will of Chancellor Angela Merkel (CDU), Germany should become climate-neutral faster than previously planned - the government will quickly tighten the climate protection goals after the judgment of the Federal Constitutional Court.

"We will do everything we can to achieve the goal of climate neutrality as early as 2045," said Merkel on Wednesday at an online congress of the CDU / CSU parliamentary group.

Additional measures would have to be taken and implemented for this.

So far, climate neutrality had only been targeted for the year 2050.

According to Merkel, the grand coalition also wants to become more ambitious in terms of CO2 savings by 2030, for which a value of 55 percent compared to 1990 had previously been planned.

"We will intensify our efforts again for the year 2030 and raise our reduction target to 65 percent."

Vice-Chancellor Olaf Scholz and Federal Environment Minister Svenja Schulze had previously formulated the goal of climate neutrality by 2045 when they presented the key points for a new climate protection law.

Climate neutrality means emitting only as many greenhouse gases as can be bound again. The plans of the SPD ministers, which still have to be finalized, also include a new national reduction target for greenhouse gas emissions of 65 percent by 2030. This target was previously 55 percent. In addition, a new target is being set for 2040: Germany should reduce its emissions by 88 percent by then. "It will now work at the speed we wanted and desired," said Scholz.

The key points still have to be finally agreed with the Union and are to be adopted in the Federal Cabinet in the coming week.

"There is agreement in the government," said Environment Minister Schulze.

The package stands for more fairness between generations and more planning security for the economy, for example.

Scholz emphasized that the government was in intensive talks.

“We will be in the cabinet next week with an ambitious climate protection law, but it is feasible,” he said.

SPD sees itself confirmed by judgment

With the changes to the Climate Act, the federal government is responding to a ruling by the Federal Constitutional Court.

Last week, the Karlsruhe judges obliged the legislature to regulate the reduction targets for greenhouse gas emissions for the period after 2030 in more detail by the end of 2022.

The judges criticized the fact that after 2030 no more concrete specifications were made on the way to the planned climate neutrality in 2050.

Government spokesman Seibert said that the new draft law took up “the core demands of the court”.

The government is working on “climate protection that will ensure that the goals of the Paris Agreement on Climate Protection can be achieved”.

In addition, the judges spoke of too high a burden for the younger generation in view of the necessary CO2 savings during this time.

From this it was deduced that more ambitious goals must be formulated before 2030.

However, this is due anyway, as the EU has already tightened its climate target for 2030.

Before the judgment, however, it was expected that this tightening would be left to the new federal government from autumn.

The SPD saw itself confirmed in its more ambitious position by the judges, the Union is under pressure in surveys also by the good values ​​of the Greens.

Meanwhile, strong criticism of the planned tightening of the climate protection law comes from the AfD: "After the corona disaster, Germany will be steered into the next, even worse crisis with full attention," said Jörg Meuthen, federal spokesman for Alternative for Germany.

"Prosperity, competitiveness, affordable energy - all of this is up for grabs."

Private households and companies threatened to be financially overwhelmed, supply reliability and system security are at risk.

"Instead of taking countermeasures, the Chancellor is now stepping up again," added Meuthen.