"Napoleon Bonaparte is a part of us", underlines Macron

On the occasion of the bicentenary of the death of Napoleon Bonaparte, Emmanuel Macron, the first president to speak on the Emperor since Pompidou, explained that he wanted to achieve "an enlightened commemoration". of a controversial figure in the history of France. &amp; nbsp; 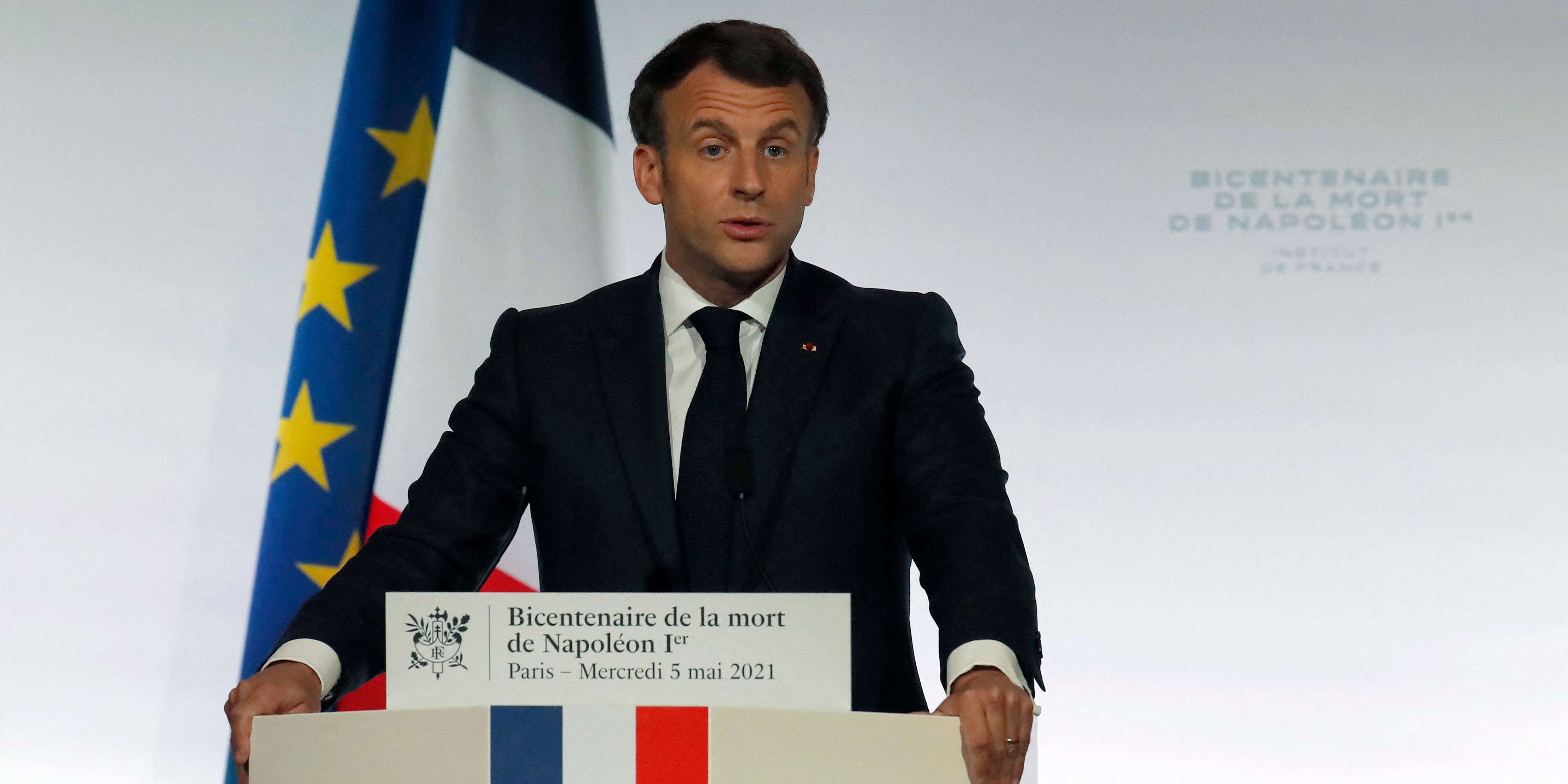 On the occasion of the bicentenary of the death of Napoleon Bonaparte, Emmanuel Macron, the first president to speak on the Emperor since Pompidou, explained that he wanted to carry out "an enlightened commemoration" of a controversial figure in the history of France.

"Napoleon Bonaparte is a part of us": Emmanuel Macron drew on Wednesday a portrait "in chiaroscuro" of this controversial figure in the history of France, denouncing his "faults", such as the reestablishment of slavery, but also celebrating his qualities as "builder and legislator" and defender of national sovereignty.

"Of the Empire, we gave up the worst"

By commemorating the bicentenary of the Emperor's death, the Head of State, the first president to speak on Napoleon since Pompidou, explained in a speech to the Institut de France that he wanted to carry out an "enlightened commemoration". With, he insisted, "the will not to cede anything to those who intend to erase the past on the grounds that it does not correspond to the idea they have of the present", in an implicit criticism of the "cancel culture".

"From the Empire we gave up the worst, from the Emperor we embellished the best," he said, calling once again to "look our History in the face and as a whole".

On slavery, which Napoleon restored, he declares that "the Second Republic in 1848 repaired this betrayal of the spirit of the Enlightenment".

Referring to the loss of human life for which the Emperor is responsible, he underlines that France has since "placed the value of human life above anything, in wars or in pandemics", a reference to management of Covid-19.

He finally condemned his "arbitrary exercise of solitary power"

"A strategist, a legislator, a builder"

The Head of State, on the other hand, paid homage to "a strategist, a legislator, a builder", to "this part of France which conquered the world".

He celebrated the one who "set in stone the civil equality between men with the Civil Code, the protection of the law for all with the Penal Code".

But added that the State had "continued this work of progress by acting for equality between women and men" and by abolishing the death penalty ", while Napoleon is criticized for having inscribed the inferiority of women in relation to her husband in the Civil Code.

- Cheating, beaver and petun: seven things you did not know about Napoleon

Another echo to the news, Emmanuel Macron also applauded the one who "calmed relations with the great religions, by the Concordat, by the Grand Sanhédrin, a Jewish supreme court convened by Napoleon at the beginning of the XIXth century.

In an ode to individual worth that resonates with his own political credo, he finally celebrated a life of "will", "freedom", "taste for the possible", which "demonstrates that a man can change the course of History ", as well as an" invitation to take your risk, trust your imagination, be fully yourself ".