Covid-19: the painful awakening after weeks of coma - France 24

Covid-19: the painful awakening after weeks of coma Florencio Varela (Argentina) (AFP) They are both called Raul, do not know each other, but have been for long weeks in intensive care in the same ward of a hospital in Buenos Aires. Before finally defeating the Covid-19. Raul Almiron, 45, still can't believe it. This Argentinian spent 170 days in the intensive care unit of El Cruce Nestor Kirchner Hospital, located on the outskirts of Buenos Aire 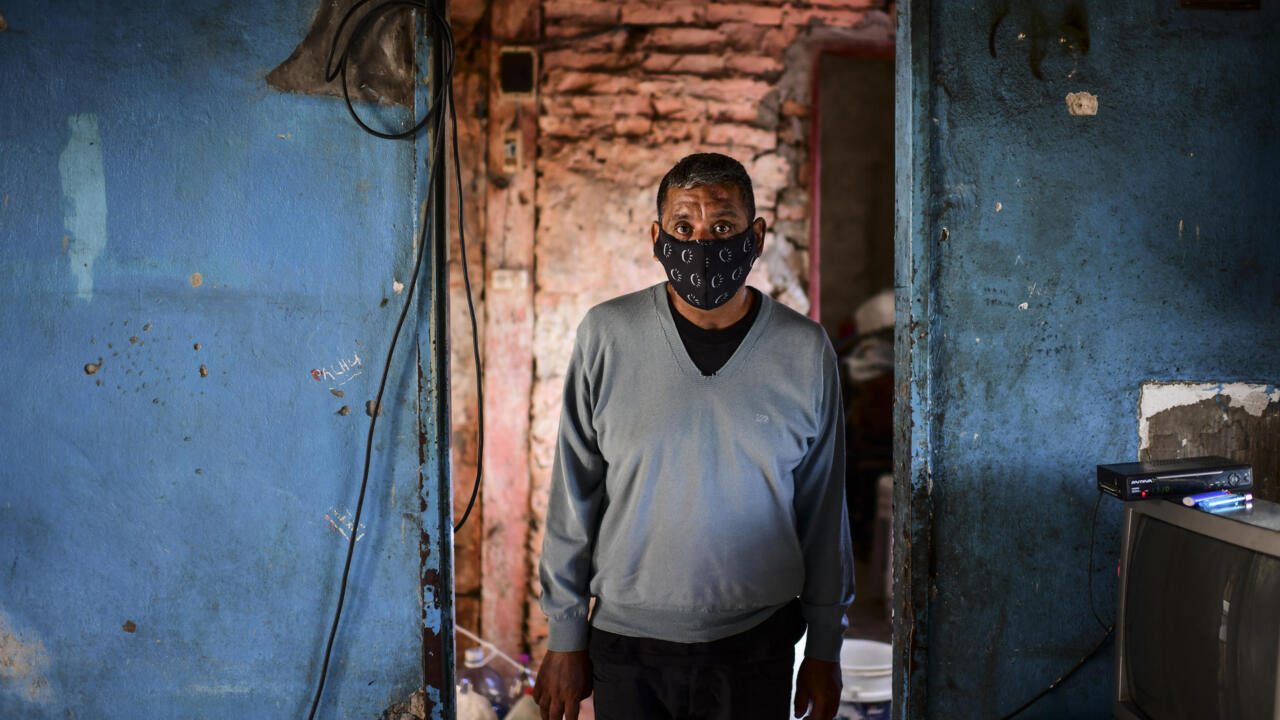 They are both called Raul, do not know each other, but have been for long weeks in intensive care in the same ward of a hospital in Buenos Aires.

Before finally defeating the Covid-19.

This Argentinian spent 170 days in the intensive care unit of El Cruce Nestor Kirchner Hospital, located on the outskirts of Buenos Aires.

During the majority of his hospitalization, he was placed in an induced coma to support mechanical ventilation to help him breathe.

"I saw a lot of people die, children saying goodbye to their parents through the window, I didn't want my children to go through this," the survivor told AFP.

At the end of July 2020, this gardener started to feel bad.

At the moment, he is not thinking of the coronavirus.

But his condition worsened rapidly.

On August 1, he was transferred to the hospital.

“The same day, I was plunged into a coma,” says the 40-year-old who suffered from high blood pressure and obesity.

He weighed 115 kilos when he entered the hospital, 64 when he left.

A few minutes after the doctors told him they were going to intubate him, Raul Almiron closed his eyes and asked God "for a second chance".

A few months before his infection, he had separated from his wife and had to take care of his seven children, aged 5 to 23.

"I thought all the time about my children, what they were going to become," he says.

When he woke up almost two months later, he had "cables all over the place."

“I couldn't believe what condition I was in,” he explains.

On several occasions, his doctors believed they saw him die.

Then came the time for "depression, panic".

"I had a lot of trouble letting go of the ventilator. One day a nurse told me: + listen, there are seven people waiting +".

It gave him the strength to move on.

He has learned to walk again, but he will still have to face a long period of convalescence.

He has a paralyzed shoulder and feels very weak.

"My children have to wash me, change me," he told AFP from his modest house on the outskirts of the capital.

Without knowing it, Raul Almiron shared several days in intensive care with Raul Gutiérrez, 37, whose initial situation was very different.

Owner of a gym in the province of Buenos Aires, Raul Gutiérrez was training intensely to participate in a bodybuilding competition scheduled for December 2020.

But at the end of June, after a family reunion with his two daughters, he started to have a fever.

A few days later, a doctor in the intensive care unit of El Cruce hospital announced to him that he was going to be intubated to be able to breathe artificially.

"I was terribly scared because I didn't know if I was going to wake up. I wrote to my father, to my daughters, to my girlfriend. I never went to the doctor, I never had any pain. share, ”he said.

"I thought I had been abandoned. Around me nurses and doctors, tense, coming in and out, with their masks, glasses and visors. I couldn't move my arms or legs, I couldn't move. could not speak due to the "tracheostomy" performed for intubation.

The experience was terrible: "I dreamed that I was dead and that they were watching me," he says.

On September 5, he was transferred to a conventional care ward and a few days later he was released from the hospital.

But his recovery still took months.

"Now, I give importance to other things, I enjoy the simple things" of life, confides the thirty-something who still suffers from after-effects: a lack of strength in the feet, flexibility in the knees and a strong psychological impact.

"I'm afraid to go through what I've been through again," he breathes.