Arrest in the "NSU 2.0" case: The criminal record of Alexander M.

After years of investigations into the series of threatening letters "NSU 2.0", a suspect has now been arrested. This is a man with a criminal record for dangerous bodily harm. But the question of possible accomplices in the police remains. 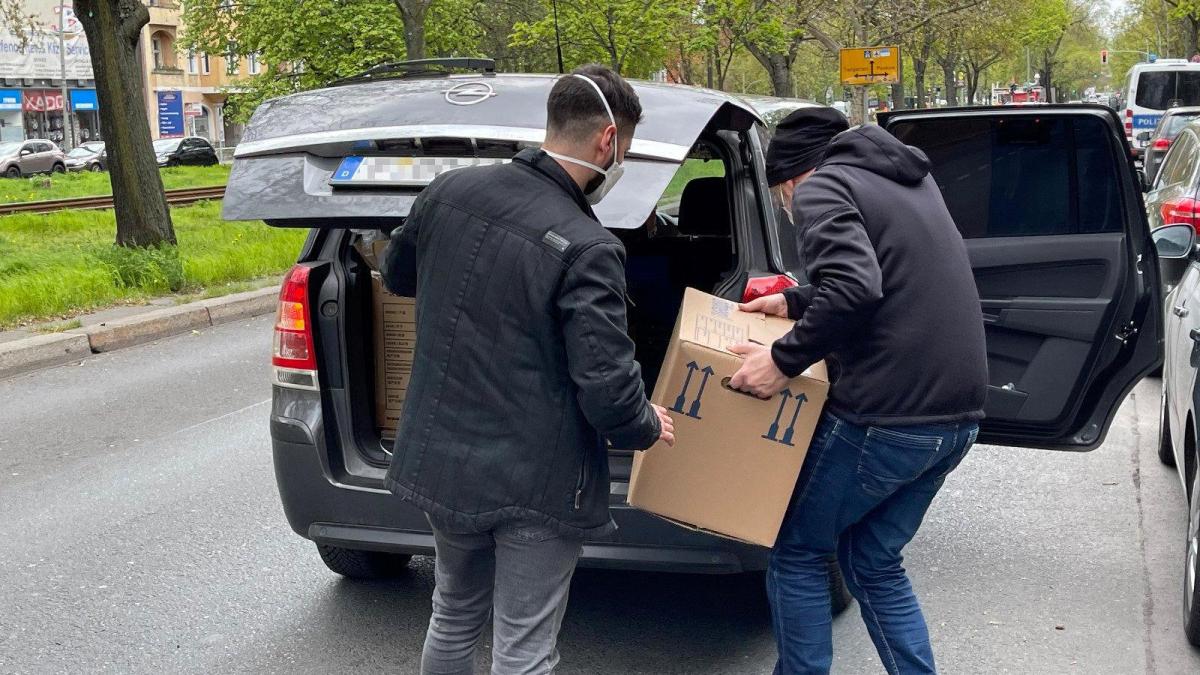 Two men approach a yellow house in Berlin-Wedding, wearing dark, heavy vests over their jackets with the neon-colored “police” emblazoned on them.

It is Tuesday noon and a man was arrested here the night before who is suspected of being behind a series of threatening letters against politicians, lawyers and celebrities.

The threatening letters thus referred to the right-wing extremist terrorist group "National Socialist Underground" (NSU), which committed ten murders in Germany between 2000 and 2007. There were repeated indications that the threatening letters might have been sent with help from the ranks of the police. For example, the name of her daughter was mentioned in a threatening letter to the Frankfurt lawyer Seda Başay-Yıldız, who, among other things, represented a family of victims in the NSU trial - although the name was not public. Shortly before, data from Başay-Yıldız had been accessed on a police computer.

So now an arrest in Berlin-Wedding.

On Monday evening, shortly after 11 p.m., the investigating public prosecutors and the Hessian State Criminal Police Office from Frankfurt sent the report of success to the editorial offices.

In the case of "NSU 2.0", an arrest warrant against an "unemployed man" could be obtained and executed.

The man who has now been arrested, however, is not a police officer - and never was one.

On the sidewalk in front of the house in Wedding where M. lives is a neighbor, lanky stature, talkative. He describes the multi-family house to WELT as "always quiet", the residents as "very diverse". On Monday evening around 9:15 pm he would have heard loud bangs, "like fireworks", followed by a loud argument. Investigators had forcibly entered the apartment. After a few minutes it was all over. Later that evening he saw forensic experts in suits. Other neighbors tell how the suspect was taken to a black van and taken away.

The neighbor on the sidewalk describes the suspect as "very alone" and someone who would not talk to his neighbors in the stairwell.

According to WELT information, the man is Alexander M., 53, he lives in the Secret Annex, at the top.

So who is the man the investigators accuse of being behind the letters?

Although M. was inconspicuous to his neighbors, he has a relevant criminal record and has been in conflict with the law for around three decades.

According to information from WELT, the first entry in Alexander M.'s criminal record dates back to 1994. At that time, he was sentenced to three suspended sentences for dangerous bodily harm.

A year later, he was convicted of various fraudulent offenses in several trials and was put behind bars for a few years.

Another suspended sentence follows in 2006, this time because of “possession of child pornography”.

Again and again M. is investigated because of threats, insults, defamation and defamation, sometimes we are convicted.

In a judgment from 2006, for example, a call from M. to a prison director is quoted as follows: "I will kill you."

According to WELT information, the Berlin State Security first noticed the man in 2005.

In 2017, M. was targeted by the Office for the Protection of the Constitution, even then because of threatening phone calls.

And now the urgent suspicion of being behind the letters.

But the central question of the "NSU 2.0" series remains: How is an unemployed criminal from Berlin supposed to get blocked addresses and non-public information from politicians and lawyers?

Did he possibly have helpers in the police after all?

Investigators spread the theory that M. could have pretended to be a representative to query information.

In any case, he had already attracted attention with such crimes in the past and had already been convicted of presumption of office.

BKA President Holger Münch, on the other hand, said on Tuesday in Berlin: “We have to wait for the seized data carriers to be evaluated.

It is not completely clear how the suspect could get the data. "

Investigators are still in the apartment early Tuesday afternoon. You found a gun. The apartment on the top floor is now sealed.