An unprecedented incident ... the referee of facing Manchester City and Saint-Germain "insults" the players

Ander Herrera of Paris Saint-Germain claimed that his team-mate Leandro Paredes was verbally abused by Dutch referee Björn Coppers during the defeat to Manchester City, in the second leg of the Champions League semi-final yesterday. 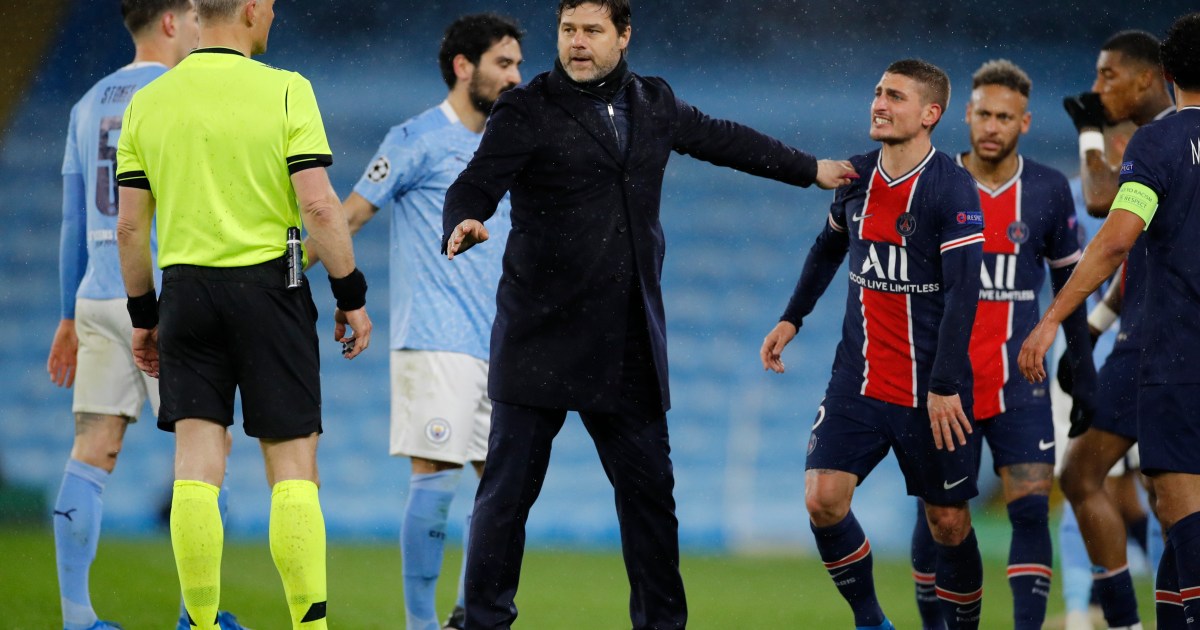 Ander Herrera of Paris Saint-Germain claimed that his team-mate Leandro Paredes was verbally abused by Dutch referee Bjorn Cowers during the defeat to Manchester City in the second leg of the Champions League semi-final on Tuesday.

City qualified for the final match in the Champions League for the first time thanks to its 2-0 victory at the Etihad Stadium to win 4-1 in the aggregate score.

The players of the French champion were furious with the referee, who dismissed Paris Saint-Germain's Angel Di Maria in the 69th minute for assaulting Fernandinho without a ball.

The midfielder, Herrera, told French station RMC Sport, "We are talking about respect for the referees", before revealing that the referee had insulted Paredes.

Herrera's team-mate, Marco Verratti, said in an interview after the match that he had also been insulted by the referee.

Paris Saint-Germain coach Mauricio Pochettino told reporters that he believed his players and that UEFA might investigate the incident.

🗣 "Maybe UEFA will investigate the situation."

Mauricio Pochettino calls on UEFA to investigate the referee as it was claimed by PSG players Marco Verratti & Ander Herrera that he swore at them pic.twitter.com/3bGVWcKPDu

Pochettino said, "I have not heard anything outside the lines ... maybe UEFA will investigate the situation. But this is not an excuse to say before you ... The most important thing is that we did not reach the final and that is why we are sad."

"I apologize for my culturally unaware comments ... I wrongly used a racist stereotype. This was inappropriate and unacceptable," Biglin said on his Twitter account.