After the triumph of the right in Madrid, Pablo Iglesias retires from political life

Pablo Iglesias, the leader of Podemos announced Tuesday evening to retire from political life after the triumph of the right in the regional elections in Madrid. He, who wanted to revolutionize the left in ... 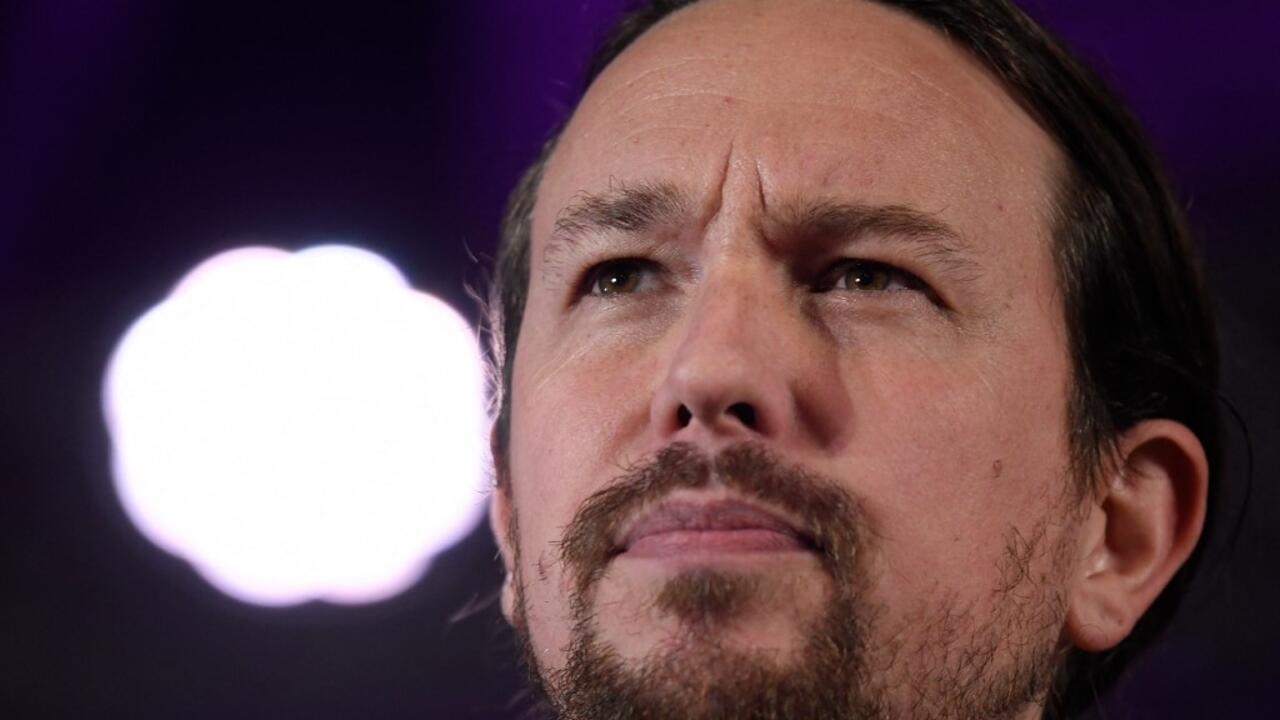 After the triumph of the right in Madrid, Pablo Iglesias retires from political life

Pablo Iglesias, the leader of Podemos announced on Tuesday, May 4, to retire from political life after the triumph of the right in the regional elections in Madrid.

Pablo Iglesias, the leader of Podemos announced Tuesday evening to retire from political life after the triumph of the right in the regional elections in Madrid.

He, who wanted to revolutionize the left in a Spain plunged into austerity, with the slogan "Si se puede" ("Yes, we can") throws in the towel.

"The electoral success of the Trumpian right that Ayuso represents is a tragedy for health, for education and for public services", launched Tuesday evening Pablo Iglesias, surrounded by the staff of his movement including ministers Irene Montero y Ione Belarra.

An electoral setback that marked the end of Iglesias' political career.

I abandon all my charges, he said after the announcement of the results Tuesday evening.

I remain committed to my country but I am abandoning institutional and partisan politics, he added in substance.

The political heir of the Indignados movement

Long hair tied in a ponytail or bun, this 42-year-old former political science professor has been one of the main faces of Spanish politics since the creation in 2014 of the

, heir to the Indignados movement and massive anti-austerity protests in 2011.

Entered the government in January 2020 as second vice-president of the government led by socialist Pedro Sanchez, Pablo Iglesias caught everyone by surprise in March by

resigning to run for regional elections

in Madrid in order to “stop fascism”.

But despite his participation as head of his party's list, the left-wing parties failed to beat the right, in power in the region for 26 years and his

only obtained 10 seats (and 7.21% votes), only three more than in 2019 despite the investment of its leader in the campaign.

Pablo Iglesias had already planned to hand over the baton at the head of Podemos to the Minister of Labor, Yolanda Diaz but this failure precipitates the handover of power.

Activist from an early age

Born in Madrid on October 17, 1978, Pablo Iglesias, son of a lawyer and a labor inspector imprisoned during the dictatorship of Francisco Franco (from 1939 to 1975), owes his first name to another Pablo Iglesias, the founder in the 19th century century of the Spanish Socialist Workers' Party (PSOE).

He was in a way predestined to be interested in politics, which he did very early on when he joined the Communist youth at 14.

Over a brilliant academic career, Pablo Iglesias obtained a law degree, a master's degree in communication and a doctorate in political science.

Teacher at the Madrid University of Complutense, there he met those who would become the founding team of Podemos.

The first coalition government since the end of the dictatorship

With their fists raised and chanting “Si se puede”, Iglesias and his comrades from Podemos entered the European Parliament in 2014 and, with the Liberals of Ciudadanos, put an end to the socialist-conservative Spanish bipartisanship in 2015. Denouncing the austerity and corruption of the political and economic "caste", Podemos then becomes the third Spanish political force and ends up agreeing with his enemy brother to overthrow the conservative Mariano Rajoy in 2018 and form last year with the Socialists, the country's first coalition government since the end of the Franco dictatorship.

But the movement knows

Thus, in these regional elections in Madrid,

had as a competitor on the left

, founded by a defector from

, Íñigo Errejón with the former mayor of the capital Manuela Carmena.

Mas Madrid won twice as many votes as UP.