According to Kissinger, the competition between the US and China must not turn into a technological war

A new class of Chinese entrepreneurs is always giving new impulses to the Artificial Intelligence sector, investments that shake the sleep of American President Joe Biden, who has expressed his intention to get in touch with the founder of Megvii, the flagship start Chinese in the context of AI 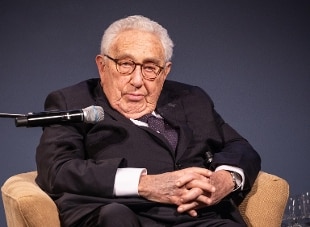 "The political strategies of the US administration to address and prevent Chinese hegemony in the world must focus on peaceful coexistence between the two nations". It is one of the key concepts that Henry Kissinger, former US secretary of state, illustrated in a recent interview with the German newspaper Die Welt.

Key figure of Richard Nixon's historic trip to China in 1972, built with what was called "ping pong diplomacy", Henry Kissinger is an expert on the Asian giant. An authority on relations with the People's Republic on which he wrote, among other things, the volume "China", which has become a bestseller in international non-fiction.

"It is risky that the rivalry between the US and China and therefore between China and the West could escalate and focus on technological warfare, turning into a total conflict over AI, artificial intelligence," Kissinger continued in the interview. "AI is a phenomenon that will affect not only the world economy, but also man's philosophical vision of nature and his perception of reality. To cope with all this it is necessary that the US maintain a highly performing in this field, but at the same time it would be a mistake to conclude that China is or is about to automatically become superior in the AI ​​arena.

But China seems to be advancing without looking back. the Made in China 2025 plan does not appear to have suffered significant setbacks despite the pandemic.

At the end of April, the fourth "Digital China Summit" ended in Fuzhou to bring to light the latest developments and applications of digital technologies including blockchain, 5G, AI and big data. Tech giants like Huawei, Alibaba and Tencent showcased their cutting-edge products to help improve e-governance and build a smarter society.

China has overcome the health emergency thanks to technology, used to track infections, to build gigantic hospitals in a few days, to treat patients left at home with voice assistants, to make giant steps in the field of telemedicine, supercomputers and quantum

A new class of Chinese entrepreneurs is always giving new impulses to the Artificial Intelligence sector, investments that stir the sleep of American President Joe Biden, who has expressed his intention to get in touch with the founder of Megvii , the leading Chinese start in the field of AI (facial recognition and deep-learning).

Despite having its main market in China Megvii is also interested in expanding internationally, cultivating the dream of becoming a global leader. Megvii raised $ 700 million in capitalization from UAE investors, and previously from Alibaba. It is also an essential point of reference for the Chinese Ministry of Public Security and received a new recognition of international prestige after UNHCR dissolved any doubts that Megvii was being used in Xinjiang, as a tracking system for the Muslim minority. Uyghur Turk who inhabits the region.