"Include in the list of goods that are essential": a temporary ban on the export of buckwheat was approved in Russia

The Russian government introduced a temporary ban on the export of buckwheat for the period from June 5 to August 31, 2021. It follows from the decree of the Cabinet of Ministers that a number of buckwheat products are included in the list of goods that are essential for the domestic market of the Russian Federation. Earlier, the Ministry of Agriculture made a corresponding proposal, explaining the need for such a step by the desire to maintain certain volumes of production in the domestic market, and as a result, to avoid sharp price fluctuations. 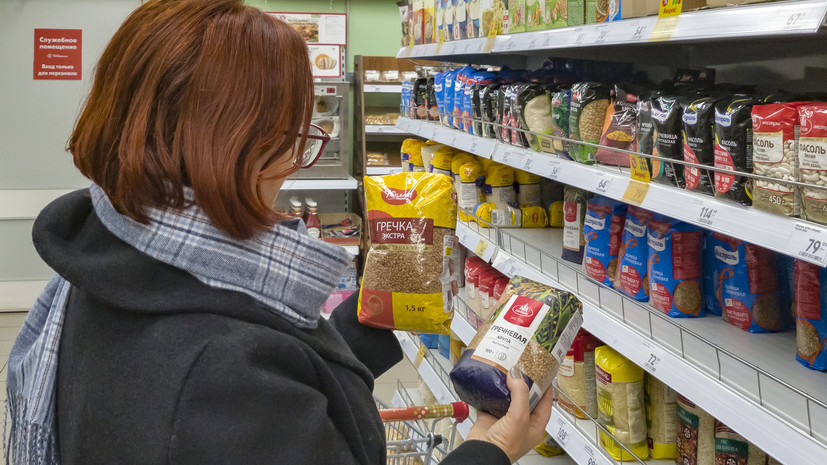 The Russian government has established a temporary ban on the export of buckwheat and a number of its processed products from the country from June 5 to August 31, 2021, follows from the decree published on the Internet portal of legal information.

Thus, buckwheat, buckwheat groats and husked buckwheat grain are included in the list of goods that are essential for the domestic market of the Russian Federation.

In relation to such products, according to the current legislation, in exceptional cases, temporary restrictions or export prohibitions may be introduced.

At the same time, the imposed ban does not apply to several cases, including the transfer of international humanitarian aid, the decision on which was made by the government, as well as if the product is intended for the military who serve in other countries, or for employees in Baikonur and Svalbard.

The corresponding order was sent to the departments following the results of a meeting on monitoring and prompt response to changes in prices for socially significant goods, which was chaired by First Deputy Prime Minister Andrei Belousov.

Later it became known that the Ministry of Agriculture made a proposal for the export of buckwheat.

As part of the work of the subcommittee on customs and tariff regulation, the department came up with an initiative to temporarily restrict the export of buckwheat and buckwheat groats.

Also on russian.rt.com, the Ministry of Agriculture proposed to temporarily limit the export of buckwheat

As Interfax reported with reference to the press service of the ministry, it was proposed to introduce the restriction "in order to maintain the necessary volumes of buckwheat and buckwheat groats on the domestic market and to prevent sharp price fluctuations."

The department noted that the current volumes of production of cereal crops in Russia allow meeting the demand of processing enterprises, as well as fully meeting the needs of the population in the main types of cereals, including buckwheat.

At the same time, the Ministry of Agriculture said that since November 2020, there has been "a significant increase in the export of Russian buckwheat to a number of importing countries against the background of the current global situation."

Shortly before the publication of this information, the department also announced plans to curb prices for buckwheat and the planned expansion of acreage for major cereals in 2021.

Experts said that the proposed restrictions on the export of buckwheat are intended to reduce the deficit and rise in prices for these products within the country.

As Georgy Ostapkovich, director of the Center for Market Research at the Institute for Statistical Studies and Economics of Knowledge at the Higher School of Economics, told RT, not only inflationary factors, in particular, the rise in price of equipment, but also the fact of exporting goods abroad, affect the rise in prices for buckwheat.

“Therefore, there is an artificial deficit inside the country, and when there is a deficit, entrepreneurs always raise prices, and trade raises prices.

To avoid this deficit, a decision is made to either limit or prohibit the export of this product, and then it enters the domestic market instead of export, there is no deficit, and prices will stabilize, ”the interlocutor of RT explained.

In turn, the director of the Institute of Social and Economic Research of the Financial University under the Russian government, Alexei Zubets, also noted that restrictions on exports or the introduction of export duties are one of the tools to stabilize prices in the domestic market.

At the same time, he suggested that buckwheat prices may rise due to factors affecting food prices around the world.

“All over the world, food prices have been rising recently due to dollar inflation, disorganization of international food supply systems.

Against the backdrop of a lockdown, high prices and idle food processing industries in many countries, there is a shortage of products, as a result, prices rise, ”the expert noted.