The Rafale confirms its export success Paris (AFP) The order for 30 Rafale fighter jets placed by Egypt marks a new export success for the flagship of French defense aeronautics which, after long years of scarcity, has seen more contracts. "Egypt and France have signed a contract for the supply of 30 Rafale planes," the Egyptian army said Tuesday in a statement. The amount of the transaction amounts to 3.95 billion euros, including 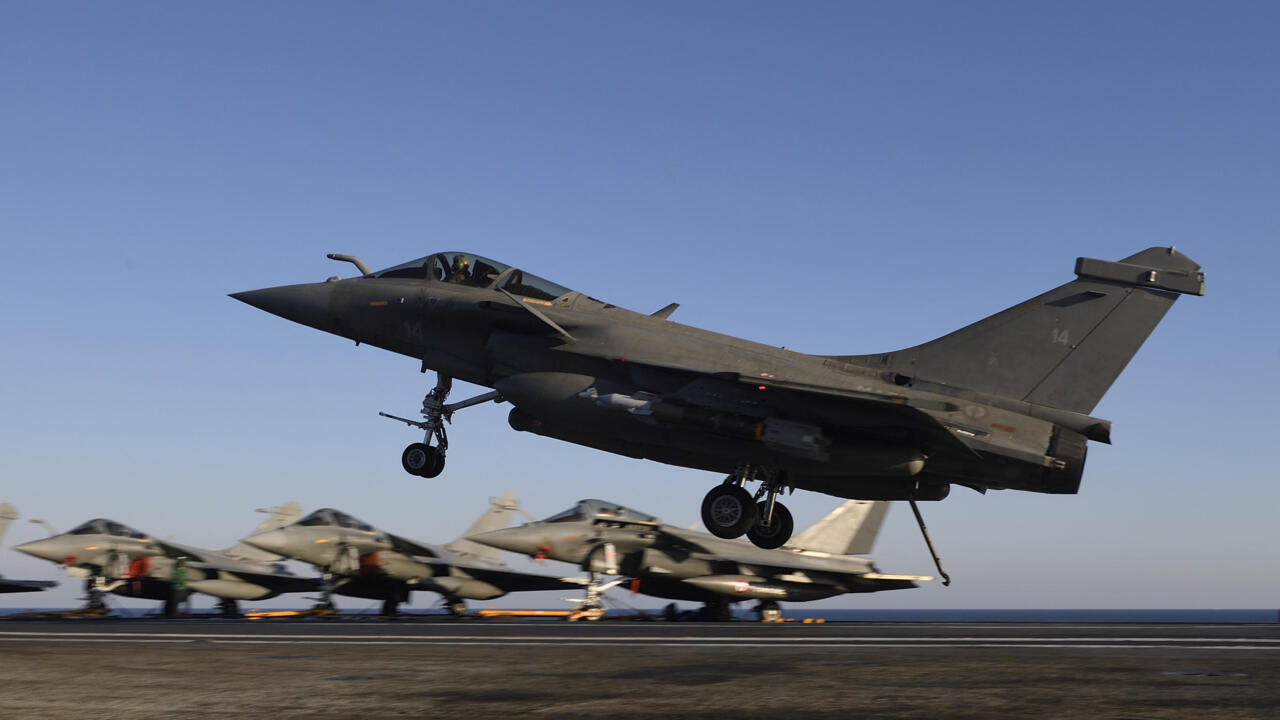 The order for 30 Rafale fighter jets placed by Egypt marks a new export success for the flagship of French defense aeronautics which, after long years of scarcity, has seen more contracts.

"Egypt and France have signed a contract for the supply of 30 Rafale planes," the Egyptian army said Tuesday in a statement.

The amount of the transaction amounts to 3.95 billion euros, including 200 million for armaments, according to the online investigative media Disclose which revealed the information Monday evening.

Born from the desire to find a replacement for the French Mirage 2000 and the British, Italian and German Tornado, the Rafale A demonstrator completed its first flight in 1986.

It has been used by the French Navy since 2004 and the Air Force since 2006 and replaced seven types of combat aircraft from previous generations.

But it has long struggled to export.

Several prospects, notably in the United Arab Emirates, Morocco and Brazil, did not respond.

"We have the best aircraft in the world, the Rafale, and we have a good weapon system, we have ongoing discussions, it will come", assured in 2011 Serge Dassault, the former CEO of the manufacturer Dassault Aviation who died in May 2018.

Its use in combat from 2007 in Afghanistan, then in Libya in 2011, in the Sahel since 2013 and in the Levant has contributed to its international promotion.

It was not until 11 years after its entry into service that it found a buyer abroad.

Already with Egypt, in February 2015, which had signed a contract for 24 aircraft, with an option for 12 additional Rafale which had not been exercised.

Since then, the fighter plane has sold 144 copies, including the new Egyptian order.

The Rafale also ended up being sold in January to a NATO member country: faced with tensions with its Turkish neighbor, Greece has in a few months made the decision, materialized in January, to acquire 18, including 12 second hand.

A satisfaction for Paris which wants to redirect its arms exports to Europe.

And the next few months could be auspicious, Dassault hopes: the Rafale is competing in Switzerland (36 to 40 aircraft), Finland (up to 64 aircraft), Croatia (12 second-hand aircraft which would be taken from the fleet of the French Air Force).

The United Arab Emirates and Indonesia (36 aircraft) are also interested in the aircraft.

In India, Dassault Aviation hopes to win tenders for 110 Rafale for the Indian Air Force and 57 for the Navy.

A possible new order for 36 Rafale by New Delhi is also regularly mentioned in the Indian press.

A previous call for tenders had been interrupted and transformed into a direct agreement with Paris in 2016 to supply 36 Rafale.

Capable of carrying out different missions during the same flight, the Rafale is qualified for air defense, strategic bombardment and ground support, anti-ship warfare and aerial reconnaissance operations.

It is also the vector of French airborne nuclear deterrence.

The 10-ton aircraft is the only one capable of carrying 1.5 times its weight in armaments and fuel.

In terms of armament, it has a versatile system: 30 mm cannon, air-to-air missiles, laser guided bombs and cruise missiles.

Its latest version, the F3R, allows it in particular to carry the Meteor long-range air-to-air missile, whose capabilities offer an additional commercial argument for the Rafale, we observe in the French camp.

Built in collaboration by Dassault Aviation, which oversees 60% of the value of the aircraft, the electronics engineer Thales (22%) and the engine manufacturer Safran (18%) which supplies the M-88 engine, the Rafale is intended to be the French combat aircraft until 2040.

Dassault Aviation is currently developing the future F4 standard for the Rafale, a program of nearly two billion euros to be delivered in 2024 and presented as a "technological, industrial and strategic leap".