The new line of US diplomacy towards North Korea: What is the future? How did North Korea react? 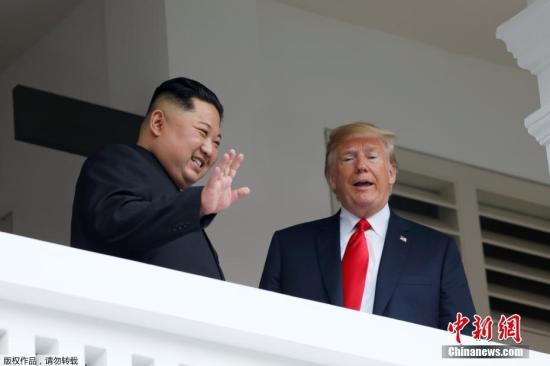 The prospects for the new course of U.S. diplomacy towards North Korea

Xinhua News Agency, Beijing, May 4 (International Observation) The prospects for the new course of U.S. diplomacy towards North Korea

During his visit to the United Kingdom on the 3rd, Secretary of State Blincoln expressed the hope that North Korea would seize the opportunity to engage in diplomatic contacts with the United States.

The US government recently announced that it has completed its assessment of its policy toward North Korea, saying that it will seek to engage in diplomacy with North Korea in a "pragmatic way," but did not mention specific operational arrangements.

Analysts pointed out that with the introduction of the Biden administration’s diplomatic line towards the DPRK, all parties have begun a new round of games around breaking the current deadlock on the North Korean nuclear issue.

Although the latest statement of the United States suggests a new direction for the relaxation of the situation on the peninsula, the hostility, confrontation and mistrust between the United States and North Korea have a long history. Can the United States come up with practical and effective plans in the next step to resolve the path of denuclearization between the two sides? And the differences in methods need to be further observed.

Data map: News on June 12, 2018, the first meeting between the heads of North Korea and the United States.

The picture shows the scene of the meeting between Kim Jong Un and Trump.

Brinken introduced the new line of the US government on the North Korean issue at the beginning of the G7 foreign ministers' meeting on the 3rd.

He said that the United States will continue to follow North Korea's statement.

According to the latest assessment of the US policy toward North Korea announced at the end of April, the US policy goal is still to achieve the complete denuclearization of the Korean Peninsula.

The Biden administration will not focus on achieving a “big deal” or rely on “strategic patience”. Instead, it will pursue an “adjusted and pragmatic approach.” The United States will seek diplomacy with North Korea, and focus on gaining the promotion of the United States, allies, and Practical progress in the security of forward-deployed forces.

The so-called "big deal" and "strategic patience" respectively refer to the US policy toward North Korea during the Trump and Obama administrations.

This policy was unsuccessful. Four of North Korea's six nuclear tests so far have occurred during the Obama administration.

On June 12, 2018, North Korea’s Supreme Leader Kim Jong Un and the then U.S. President Trump held their first North Korea-U.S. summit in Singapore and signed a joint statement on the denuclearization of the peninsula, indicating that the two countries will establish a new type of relationship and work together to build a new relationship. The Korean Peninsula's lasting stability and peace mechanism.

However, the second summit meeting between the two sides in Hanoi, Vietnam in February 2019 ended in vain, and the negotiations on the denuclearization of the Korean Peninsula have reached a deadlock.

Kwon Jung-geun stated that the "diplomacy" advocated by the United States is nothing more than a gorgeous coat to cover up their hostile behavior. If the United States still proceeds from the Cold War mentality and manipulates North Korea-U.S. relations through outdated and backward policies, "it will face uncontrollable things in the near future." crisis".

Kim Yu-jung-jeong warned the South Korean government not to tolerate the wrong practices of the "North Korean defectors", otherwise it would inevitably lead to consequences that would affect North-South relations.

In January of this year, Kim Jong Un stated at the Eighth Congress of the Workers’ Party of Korea that the key to establishing a new relationship between the DPRK and the United States lies in the United States’ abolition of its hostile policy towards North Korea. Deal with".

Analysts pointed out that since the Biden administration took office, North Korea has maintained a low-key wait and see before the US policy on North Korea was introduced. The purpose is to leave room for future dialogue between North Korea and the United States. However, it is clear that the US announced this time to "diplomatically contain" the DPRK. The policy did not meet North Korea's expectations.

However, although the DPRK’s latest statement is full of gunpowder, it has not named any surnames. This move also leaves room for a new turning point in the future of DPRK-US relations.

Moon Jae-in and Kim Jong-un shared a car and drove through the streets of Pyongyang.

The prospects are not optimistic

Analysts pointed out that the latest North Korean policy announced by the Biden administration means that while maintaining the goal of complete denuclearization of the peninsula, the United States will adopt a phased approach in exchange for partial denuclearization and partial lifting of sanctions.

In the context of the lack of mutual trust between the United States and North Korea, this policy is facing numerous difficulties in actual operation, and there are many uncertainties in whether it can be implemented.

In an interview with The New York Times in April, South Korean President Moon Jae-in called on the United States and North Korea to adopt a gradual and phased approach to achieve denuclearization.

South Korean public opinion believes that South Korea has played an active role in the process of promoting the resolution of the North Korean nuclear issue. The South Korean-US summit to be held this month may become a watershed in whether the DPRK and the US can resume dialogue and negotiation.

According to the analysis of public opinion, in the context of large differences between the United States and North Korea on the path and method of achieving denuclearization, the two sides predict that it will be difficult to restart denuclearization negotiations in a short period of time. Even if diplomatic contacts are resumed, it may be difficult to do so in a short period of time. Breakthrough progress has been made within the country.

Mark Fitzpatrick, an official in charge of nuclear non-proliferation in the U.S. State Department, told reporters that the Biden administration’s North Korea policy is to focus on more pragmatic goals under the general direction of the denuclearization of the peninsula, which is actually “step by step”. Go” policy.

In view of North Korea’s current “negative attitude” towards the Biden administration, the North Korean nuclear issue is likely to go through a process of increasing tension before making some breakthroughs.