Spain: regional elections in Madrid, a ballot worth a national test

It is this Tuesday, May 4 that the anticipated legislative elections take place in the region of Madrid, the richest in the country, in a deleterious climate. A ballot where the outgoing president, the conservative Isabel Diaz ... 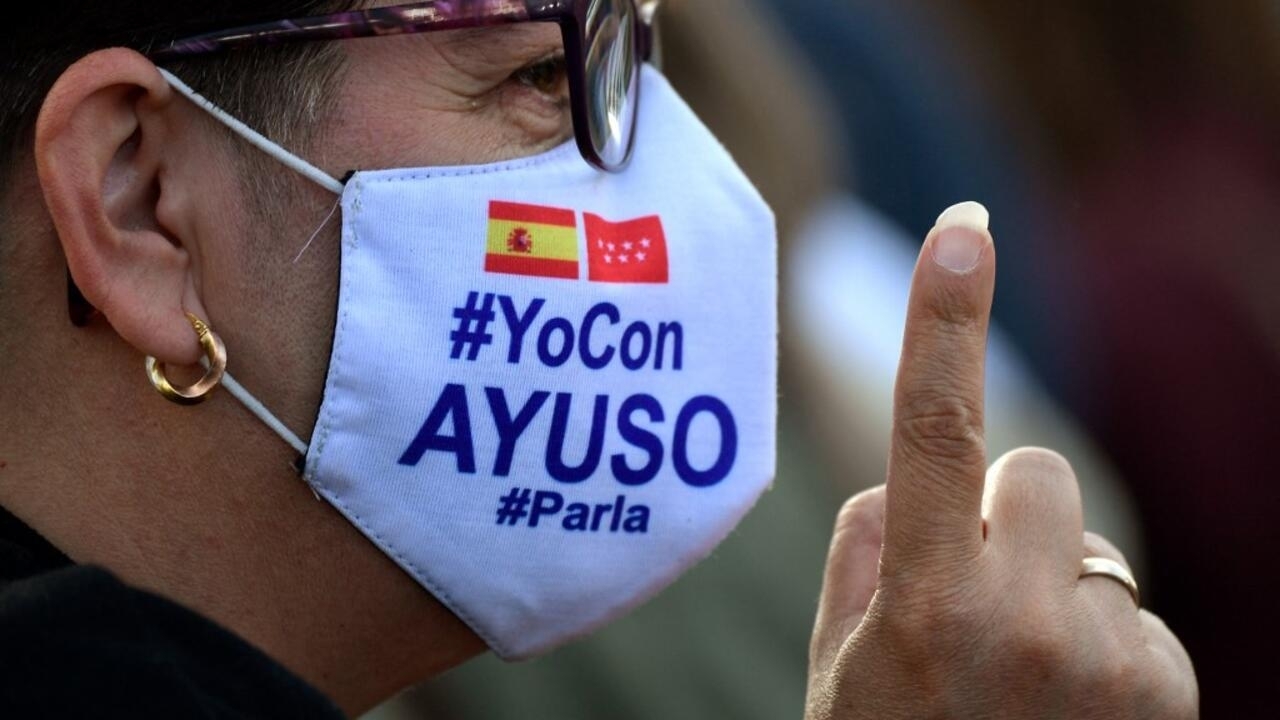 Spain: regional elections in Madrid, a ballot worth a national test

Current region president Isabel Diaz Ayuso leads the polls, but without a majority she will need the support of the far right to continue ruling Spain's wealthiest region.

Its campaign slogan "Communism or freedom" helped polarize the elections.

It is this Tuesday, May 4 that the anticipated legislative elections take place in the region of Madrid, the richest in the country, in a deleterious climate.

A ballot in which the outgoing president, the conservative Isabel Diaz Ayuso of the Popular Party (PP), is largely a favorite.

And this, while the climate of the campaign was marked by the clash between the different formations.

For observers, this regional ballot has a national dimension

With our correspondent in Madrid

from the Europe department

The whole country is closely following these regional elections.

Not only, because it is a question of renewing the Parliament of the richest of the seventeen Spanish regions or because it is about the capital, but also, because everyone knows that the result of this election will have an immediate impact. national.

If the left wins, it would be historic, because it would seize power in a region dominated by the right for 26 years.

It would then be a huge victory for the socialist Pedro Sanchez who, on a national scale, heads a fragile government and needs to see his camp strengthened.

If, on the other hand, the conservative Isabel Diaz Ayuso won hands down, it would be a huge relief for a weakened right, which needs to keep this bastion and which, from Madrid, will seek to regain national power.

The main obstacle is that in the event of victory in the capital, the conservative candidate will surely need the extreme right to govern.

A far-right in full progress which will seek to weigh heavily on the new executive.

, the leader of the radical left party Podemos, created a surprise on March 15 by leaving the government to throw himself in this regional election. He wants to block the far right. But in the midst of a pandemic, the campaign was above all marked by a polarization of the debates. Little has been said about the pandemic, education or the problems of daily life. But a lot of ideology, identity, and in an aggressive tone towards the opponent.

The current president of the region, Isabel Diaz Ayuso, leads the polls.

According to the leader of Podemos, four decades after the death of dictator Franco, fascism has returned to the forefront.

Death threats in the countryside

Similar death threats have also been received against the Minister of the Interior, the Head of the Civil Guard and Pablo Iglesias.

The Minister of Tourism was also entitled to a "

Far-right activists are suspected of being behind these macabre shipments.

But that does not prevent

, the far-right party, opposed to the anti-Covid-19 measures put in place by the socialist government, from supporting Isabel Diaz Ayuso.

She, who made Madrid during the pandemic, the most permissive region of the country and also the hardest hit by the Covid-19.

To listen: Regional elections in Madrid: the campaign ends in a climate of confrontation

Elections in Spain: in Madrid the regional campaign is fizzling