How tense is André van Duin for his speech on the Dam?

André van Duin (74) will speak tonight on Dam Square during the National Remembrance Day. He was also surprised that he was asked. In bombed-out Rotterdam, the war was not an issue at his home. "Oh boy, you don't want to know" was always the answer of his father, who was put to work in Germany. 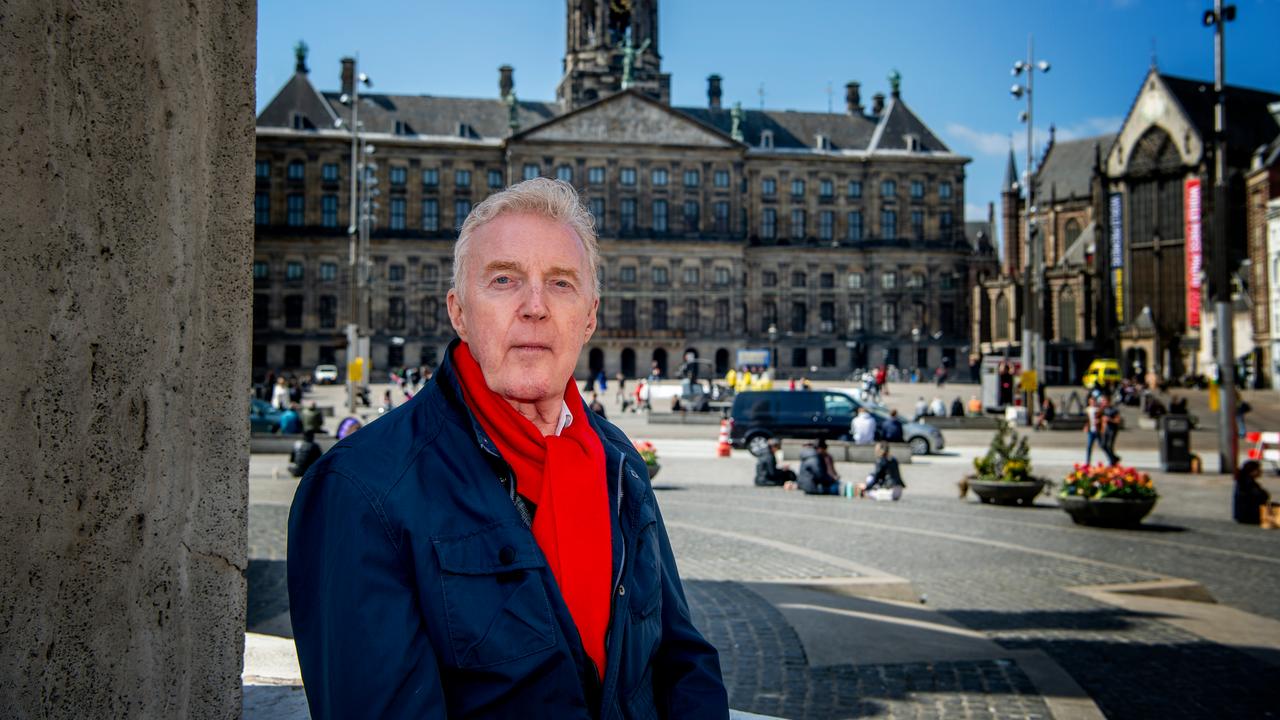 He was also surprised that he was asked.

In bombed-out Rotterdam, the war was not an issue at his home.

"Oh boy, you don't want to know" was always the answer of his father, who was put to work in Germany.

"For the Dam they were looking for someone who would appeal to a large audience. I have been with me for so many years that many people from different generations have heard of me. So familiarity, and no criminal record ... But seriously, the former is important. many people, it should appeal to many.

At our home in Rotterdam it was not discussed.

My father was arrested in a raid and had to work in Germany.

But that was never a topic of conversation.

Of course I asked about it.

The city center of Rotterdam was in ruins due to the bombing of May 14, 1940. I myself grew up in Delfshaven, the Watergeusstraat.

That was just outside the fire limit, the streets and houses were not in ruins.

I remember the Rotterdam of that time mainly as a place where you could play among the ruins as a child.

That's my memory of the destroyed city. "

The center of Rotterdam was largely destroyed by the bombing.

The center of Rotterdam was largely destroyed by the bombing.

"I myself have never been bothered by oppression or violence because of my sexual orientation. I ended up in an artist world in which that is not a theme anyway. No, that has not so much to do with Amsterdam. Here in this city you also hear and read different reports, here too homosexuals are harassed.

Tonight I am not at the commemoration in the Nieuwe Kerk, for the laying of the wreath.

I wait outside on Dam Square.

I had jokingly said that I would wait around the corner, under the canopy of the Bijenkorf.

As long as the weather is fine tonight.

There is a high risk of storm and rain.

Now the king and I won't be blown away so quickly, but still.

There is no plan B, it always goes on. "

"I think it is a great honor to give the speech on Dam Square a year after him, the king. You do that once in your life. A few months ago I immediately said 'yes'. But now that it is so close. it starts to itch, it has to be right and serious right away, which is quite exciting, also for me.

I am free to say what I want, in consultation with the committee, of course.

It is very precise.

You want to say the right thing, for that place and that time, and above all you don't want to harm people.

It is not a cliché, it is true: freedom must be cherished, it cannot be taken for granted.

I am the first generation who did not experience war in their life and saw prosperity grow.

It's a wonderful time to experience, but you have to work on it all together.

Whether it stays that way?

When I watch TV or read newspapers, I sometimes doubt that.

People confront each other too often and too quickly.

Maybe that's why they asked me, yes.

There will be people who don't like me, but I don't feel that much hostility.

Certainly in recent years, that overall appreciation has grown enormously, which makes me quite shy. "

"This speech fits well into this phase of my life. I am no longer a comedian. It all went very organically. Older comedians are a bit sad at times. I had walked on stage long enough in a mountain hat and shorts. I wanted the more serious way.

Then Joop van den Ende came up with the play

One thing led to another.

The Secret Diary of Hendrik Groen

Well, I am actually not that much of that.

Lots of takes for a few shots.

I am more of something like the lecture on the Dam.

You write, you go there, you recite.

It is the first memorial without Martin, my husband.

As is a lot the first time.

That is special and sad.

Although Martin and I have never been together on the Dam on May 4.

In fact, it is also my first time there. "