Dubai Customs revealed that 12 kilograms of narcotic marijuana was seized, which a (Asian) traveler tried to smuggle through Dubai Airport, by hiding it in bags designated for breakfast cereals for a well-known brand. , For 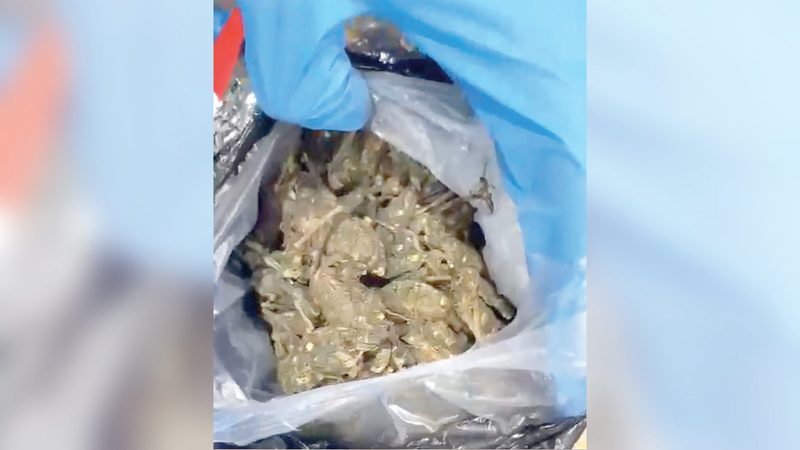 Dubai Customs exposed the crime and thwarted the attempt

Dubai Customs revealed the seizure of 12 kilograms of narcotic marijuana, which a (Asian) traveler tried to smuggle through Dubai Airport, by hiding it in bags designated for breakfast cereals for a famous brand.

The director of the Airport Building No. 2 Department of the Passenger Operations Department at Dubai Customs, Falah Khalil Al Sammak, told «Emirates Today» that the skill of customs employees resulted in the detection of marijuana smuggling, as the passenger’s bags were suspected by customs inspectors, and accordingly he was transferred to the inspection. By unpacking his luggage, the inspector found bags of foodstuffs for breakfast cereals, and by opening one of them, a bag wrapped with tin foil containing the narcotic herb of marijuana was discovered, so the rest of the bags were checked, and the seized quantity reached 11 kilograms and 940 grams.

In addition, the director of the Passenger Operations Department at Dubai Customs, Ibrahim Al Kamali, said that “Dubai Customs has strengthened its efforts to address the dangers of smuggling drugs of all kinds, and to form a wall against smuggling attempts through its various customs outlets, through our reliance on our qualified and trained human cadres.”

Dubai Customs confirmed that the methods of drug smuggling vary and vary from time to time, and the most prominent of what has been observed is concealment in the viscera, inside shampoo boxes, or in the sides and bottoms of bags, or by mixing them in clothes, and other various methods that smugglers make in miserable attempts to circumvent inspectors Customs, and the accuracy of modern devices for contraband smuggling.

She explained that the traveler, who holds the nationality of an Asian country, inserted the narcotic marijuana inside the breakfast cereal bags of a famous brand, so that it is difficult to suspect or detect.