A return to the nuclear agreement .. Any strategies for the rejectionist camp in Washington?

The American capital is witnessing unstoppable efforts from a large camp to obstruct any breakthrough in the file of returning to the nuclear agreement with Tehran. This team finds the "old nuclear deal" inadequate to meet the challenges. 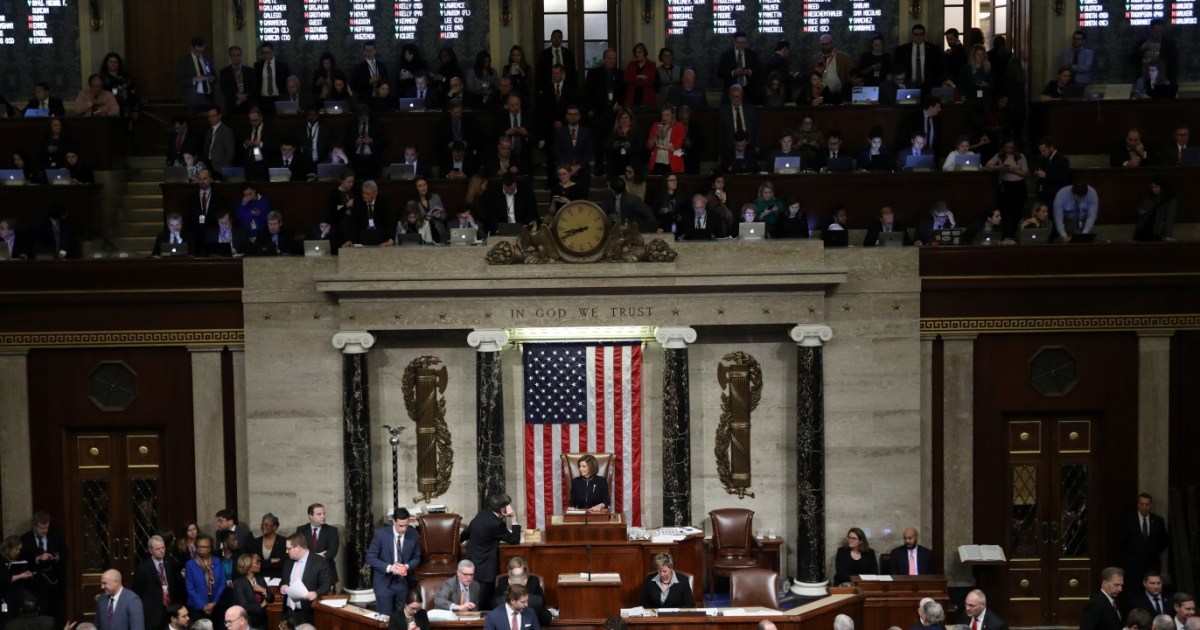 More than a hundred days after his inauguration as President of the United States, Joe Biden and his administration have not yet decided the issue of returning to the Iran nuclear deal, despite engaging in indirect negotiations hosted by the Austrian capital Vienna.

Each party blames the other for not achieving a speedy return of the two parties, the American and Iranian, to abide by the terms of the 2015 agreement, from which the administration of former President Donald Trump withdrew in mid-2018.

At the same time, the American capital is witnessing unstoppable efforts from a large camp to obstruct any breakthrough in the file of negotiations with Tehran, and this team considers the "old nuclear agreement" not suitable to face today's challenges.

During a hearing before the House Foreign Affairs Committee last March, Secretary of State Anthony Blinken pledged not to make any concessions to Iran to persuade it to return to compliance with the 2015 nuclear deal. Republicans believe that returning to abide by this agreement means an automatic lifting of sanctions against Tehran.

Republican Senator Lindsay Graham wrote an article published on Monday in Foreign Policy, warning that the Biden administration was about to grant Iran $ 90 billion as part of the deal to return to the nuclear deal.

He claimed that the Iranian regime will use these funds to push the region into more instability.

ICYMI: @ForeignPolicy: Rejoining the Iran deal could undo years of progress in the Middle East.https: //t.co/AhDH0F93hz

"The negotiations with Iran are worthwhile, but the members of Congress and the American people deserve transparency in these negotiations, and they should hold the Biden administration accountable for what it promised, which is to reach a better agreement." .

At the same time, Republican hawks are working in Congress to block any possible return to the nuclear deal, including the lifting of some sanctions on Iran.

A number of them, party members, will present a draft resolution entitled "The Maximum Pressure Law."

A number of Republican lawmakers have already pushed for a bill called the "Maximum Pressure Act" that would expand sanctions against Tehran and aim to prevent the United States from re-joining the Iran deal.

Rich Goldberg, a former Iran file official at the National Security Council and now an expert at the Foundation for Defense of Democracies, warned in a tweet that "this new legislation is an important message not only for the Biden administration, but for multinational companies, and it is a strong reminder that any sanctions relief is needed." The president's submission will be temporary, and there is still a great risk of signing any contracts with Iran. "

Second: Intimidation of companies .. The agreement is temporary in nature

French energy giant Total said that it is premature to think of returning to Iran, even as positive signals emerge from Vienna about the course of negotiations between Tehran and the major powers.

The company expressed the concerns of many of its counterparts around the world, which believes that they must wait and wait until the fate of the long-term sanctions is revealed before considering a return to Iran.

"Let's wait for more developments with the Biden administration, but what we need is clarity and stability to be in a position to start thinking about a possible return to Iran," the Total Director said in a press briefing.

The team opposing the nuclear deal is pressing for using a mechanism to intimidate international companies from returning to work with Iran once the expected sanctions are lifted.

Rick Goldberg, the official in charge of the Iranian file in the National Security Council under former President Donald Trump, tweeted, warning, “Many in Washington reject the legislative efforts made by the Republican Party to prevent the lifting or easing of sanctions on Iran under the pretext that they do not currently control power, this is a mistake. In cooperation, because they know we will come back. "

The private sector is reading the tea leaves.

Even if Biden lifts sanctions, C-suites know they're coming back.

Third: the personal attack on the US negotiating team

The American negotiating team did not escape a widespread attack on it even before the start of the negotiations in Vienna.

And the attack on Rob Mali, who is responsible for the Iran file in the White House, began.

A campaign targeting Mali has stated that he has a long record of appeasing America's enemies, and he is exactly the wrong person in such a position, or at least he would be if the Biden team's goal was not to turn the clock back to January 2017.

Mark Dubowitz, head of the Foundation for Defense of Democracies and opponents of the nuclear deal, tweeted, "I understand the collapse of Rob Mali and the American negotiating team as Israel draws closer and closer to launching military strikes against the Iranian regime's nuclear facilities. Destroying nuclear facilities may keep them away from the agreement, but it is not enough." This was not necessary if this administration did not voluntarily give up its negotiating card. "

Sabotage may get them far, but not far enough.

This would be so unnecessary if this administration wasn't surrendering its leverage.

The US negotiating team was also attacked, accused of lacking any element that knew the details of the sanctions that were imposed on Iran in recent years, and some persisted in the attack, saying that the team had experts in dismantling sanctions and not in the sanctions themselves.

Rick Goldberg tweeted, "Congress engineered the sanctions policy against Iran under former President Barack Obama, and the sanctions bills were passed despite strong objections from this administration. Nevertheless, there were the architects of sanctions dismantling during the Obama era."

Several countries opposed to the nuclear deal are working in Washington to pressure the Biden administration to take their concerns into account before agreeing again with Iran.

Israel and the Gulf states accuse the Obama administration of ignoring its interests and concerns, which led to the signing of a "flawed agreement in 2015" that did not deter Iran's activities in 4 Arab countries: Iraq, Yemen, Syria and Lebanon.

This team evokes the experience of the United States' negotiation on the North Korea file, where regional countries, such as Japan, South Korea, Russia and China, participated in these negotiations, and demands similar treatment or taking into account the positions of these regional parties, such as Israel and the Gulf states.

Jonathan Schanzer, an expert in the Foundation for Defense of Democracies, tweeted warning of the consequences of the agreement with Iran, saying, "America is once again financing the regime in Iran. Weapons and money will flow to its proxies in the region. The White House will work diligently to address these regional issues, as if they were not a direct result of America's dispatch." Funds to a regime that sponsors terrorism. "

Once again, America bankrolls the regime in Iran.

The regime's proxies will suddenly become flush with weapons and cash.

The White House will then work * super hard * to address these “regional issues,” as if it was not the result of America sending cash to a terror sponsor.