The first death threat signed “NSU 2.0” was sent in 2018. After that, dozens more people received emails with right-wing extremist fantasies of violence. Now there is a first trace. 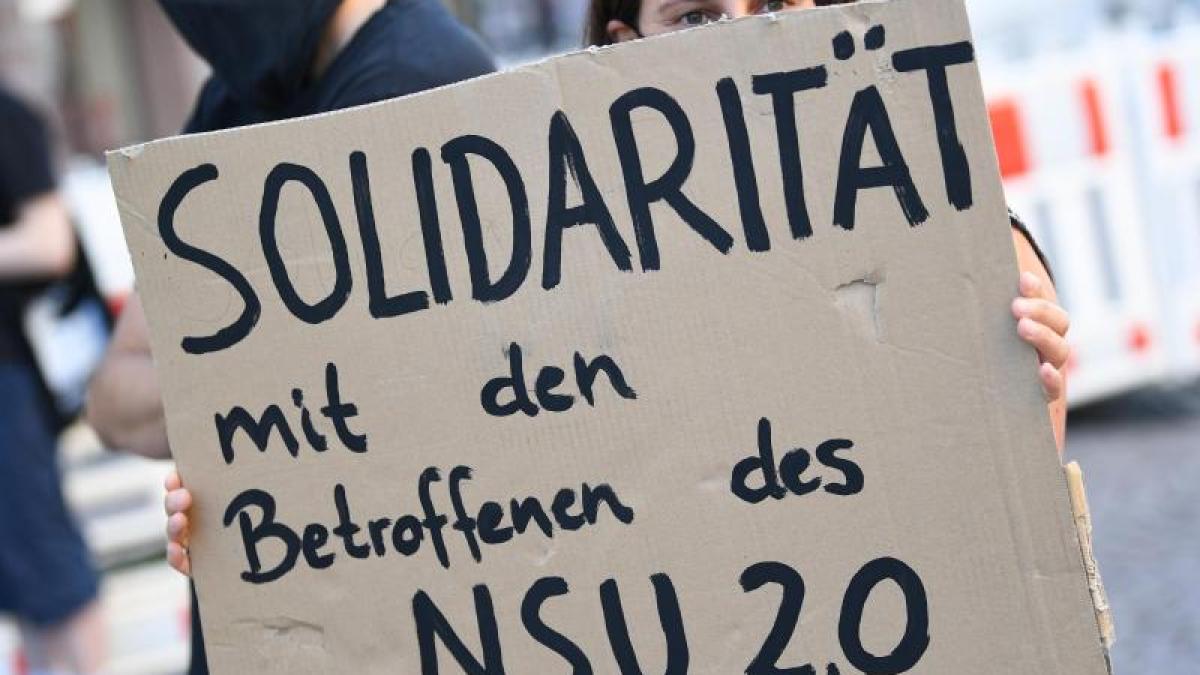 Wiesbaden / Berlin (dpa) - An alleged author of right-wing extremist threatening letters with the sender "NSU 2.0" was arrested in Berlin during an apartment search.

The public prosecutor's office in Frankfurt am Main and the Hessian State Criminal Police Office announced this on Tuesday night.

The 53-year-old unemployed man of German nationality is under urgent suspicion of “having sent a series of threatening letters with inciting, insulting and threatening content nationwide under the synonym" NSU 2.0 "since August 2018”. The recipients were predominantly public figures, especially from the media world and politics, including members of the Hessian state parliament and the Bundestag. The case was also tricky because the perpetrator or perpetrators were apparently able to take advantage of inside knowledge of the police.

The suspect had already been convicted in the past for numerous - including right-wing motivated - crimes, the statement said.

The data carriers seized during the search on Monday would now be evaluated, and the suspicion of sedition, the use of symbols of unconstitutional organizations, the threat and the insult are also being investigated.

However, at no time was he a police officer.

Very complex and time-consuming joint investigative measures by the public prosecutor's office and the Hessian State Criminal Police Office ultimately led to the identification of the accused.

In mid-March, the Hessian Interior Minister Peter Beuth (CDU) reported a total of 133 threatening letters sent. The investigators would attribute 115 of these letters to the "NSU 2.0" crime complex. 18 letters were allegedly written and sent by free riders. The recipients were predominantly public figures, especially from politics and the media world. The 115 letters were addressed to 32 people and 60 institutions in a total of nine federal states and in Austria. Most of the time, they were sent by e-mail, but also by fax, SMS and internet contact forms.

In July 2020, the Hessian state police president Udo Münch resigned because of the affair surrounding the threatening emails.

The addresses of the victims came from police computers.

The Frankfurt lawyer Seda Basay-Yildiz was one of them.

At the beginning of March she said she had received more than a dozen "NSU 2.0" threatening letters.

In her case, too, her personal data was accessed by a computer in the 1st police station in Frankfurt.

The terrorists Uwe Mundlos and Uwe Böhnhardt, who murdered ten people between 2000 and 2007, called themselves NSU.

There were eight small entrepreneurs of Turkish origin and one of Greek origin, as well as a policewoman.

Her accomplice Beate Zschäpe was convicted in 2018.