More than 130 threatening letters signed with “NSU 2.0” have been sent to public figures in the past few years. The LKA and the public prosecutor's office have now announced that the investigation has been successful - a 53-year-old German was arrested. 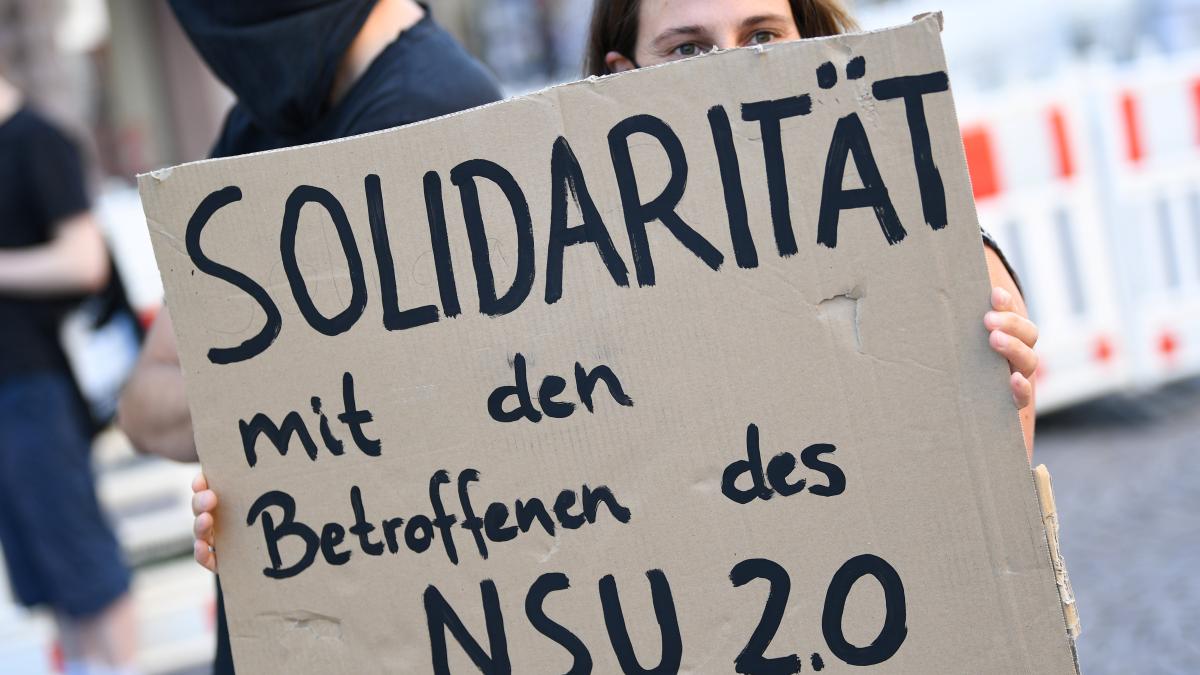 The investigations went on for months, now the Frankfurt public prosecutor's office and the Hessian State Criminal Police Office (LKA) have announced an arrest: In the investigation complex "NSU 2.0", which deals with right-wing extremist threats against public figures, a 53-year-old German was found in Berlin arrested.

An apartment in Berlin was searched and the unemployed man was arrested on the basis of an arrest warrant from the Frankfurt am Main district court, it says.

The 53-year-old Alexander M. had already been convicted in the past for "numerous - including right-wing motivated - crimes".

According to information from WELT, M. was sentenced to a suspended sentence in 2003 for a gun crime.

There are also final convictions for possession of pornographic literature (M. received a suspended sentence) and a fine for bodily harm.

However, M. was also investigated because of the fraudulent use of state benefits.

The man was first noticed by the Berlin State Security Service in 2005.

In 2017, M. was targeted by the Office for the Protection of the Constitution, even then because of threatening phone calls.

Now the 53-year-old is strongly suspected of having sent a series of threatening letters nationwide under the pseudonym "NSU 2.0" since August 2018.

The recipients were predominantly public figures, especially from the media world and politics, including members of the Hessian state parliament and the Bundestag.

Got information from authorities?

The arrested alleged author is said to have obtained the information about the addressees from the authorities.

According to dpa information, he is said to have made appropriate inquiries by telephone to authorities such as the registration office.

In the room it is also said that M. could have obtained illegally disseminated data from those affected via the Darknet.

"The threatening letters had raised very serious suspicions about the police," said Beuth. “According to everything we know today, a Hessian police officer was never responsible for the NSU 2.0 series of threats.” At the same time, the minister assured that the case would “draw further lessons for our security authorities. The investigation will continue with the same persistence and meticulousness that has now led to success. "

“We have to wait for the seized data carriers to be evaluated.

It is not completely clear how the suspect was able to get the data, ”said BKA President Holger Münch in Berlin in an initial statement to journalists.

One still needs patience with the investigation.

According to him, the BKA supported the state of Hesse in its investigations.

The Frankfurt lawyer Seda Basay-Yildiz received the first threatening letter in the series of right-wing extremist emails with "NSU 2.0" signatures over two years ago. The lawyer was a joint plaintiff in the earlier trial for the murders of the right-wing extremist terrorist cell NSU. In addition to Basay-Yildiz, the Hessian left-wing state chairman Janine Wissler and the cabaret artist Idil Baydar were threatened.

In mid-March, Interior Minister Beuth reported a total of 133 threatening letters sent. The investigators would attribute 115 of these letters to the crime complex "NSU 2.0". 18 letters were allegedly written and sent by free riders. The recipients were mostly celebrities, especially from politics and the media world. The 115 letters were addressed to 32 people and 60 institutions in a total of nine federal states and in Austria.