Maria Ressa, winner of the freedom of the press award: "Lies kill"

"Shut up or you will be next". Filipino investigative journalist Maria Ressa is used to such threats. This year, the Unesco jury awarded her its liberating prize ... 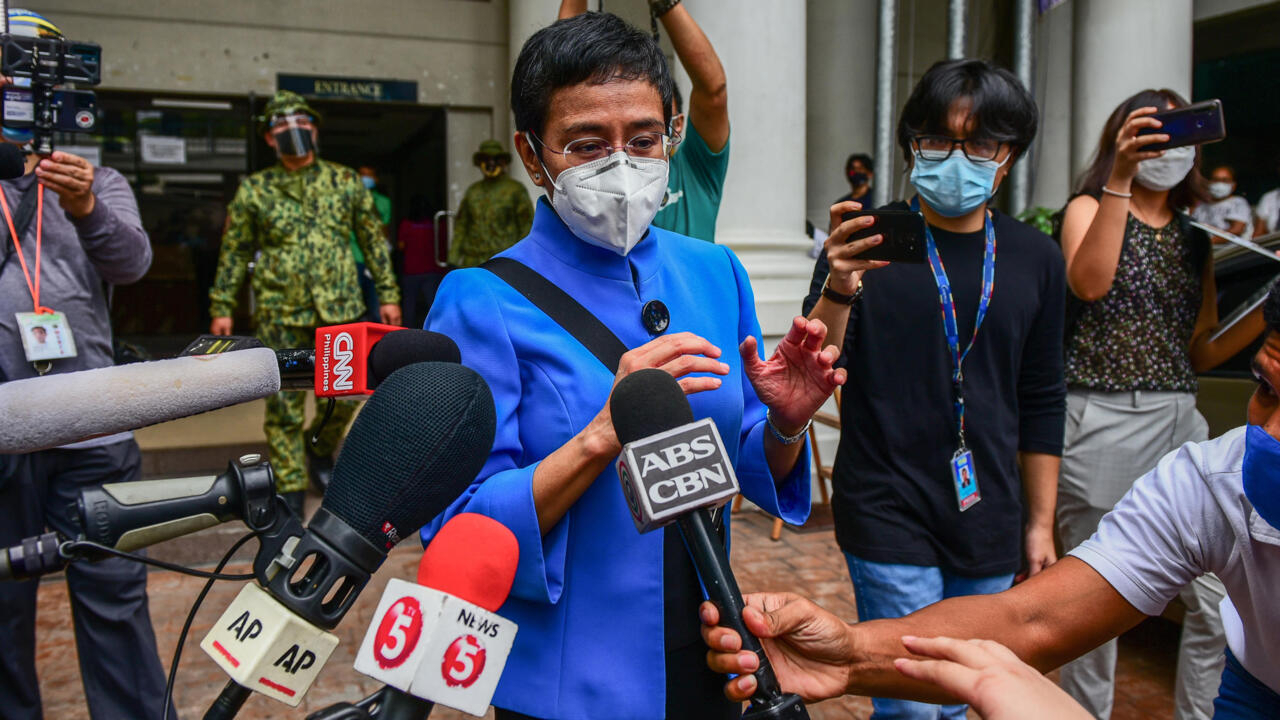 Maria Ressa, winner of the freedom of the press award: "Lies kill"

Shut up or you will be next

Filipino investigative journalist Maria Ressa is used to such threats.

This year, the Unesco jury awarded him its press freedom prize.

of the Rappler news site

denounces attempts to muzzle the press around the world.

: What are the threats to press freedom today

The biggest problem today is that irrefutable facts are being called into question. It is a new phenomenon. Journalists have lost their power to filter and verify information. New technologies have in a way "kidnapped" this responsibility. If you have no more facts, you no longer have truth. Without the truth, there is no more trust. And without that trust, the battle for the truth is impossible to wage, especially in these times of existential challenges like climate change and the coronavirus pandemic.

Platforms that claim to inform us deliver us

, accompanied by anger and hatred.

We see them on social media, these cyber armies paid for by authoritarian leaders who attack democracy.

It is a trend in many countries that must be fought.

It has never been more dangerous to be a journalist and, moreover, a woman journalist.

But at the same time, the challenges are enormous and the mission of journalists has never been more important in preserving democracy.

It is time for us to work together and resist.

We must ensure that the virus does not contaminate democracy. We saw it in the Philippines, where the government took advantage of the pandemic, successive lockdowns and the trillion pesos in loans borrowed from banks to consolidate its power. We always pay the consequences. Our president Rodrigo Duterte, like Jaïr Bolsonaro in Brazil, has appointed former army generals to manage the response to this health crisis. It is a disaster that has been added to the catastrophe of the pandemic. The cost of this is extremely high. Because in these times of the coronavirus, lies kill. Incompetence kills. I hope that at the end of this health crisis, governance will emerge which will be more based on scientific data.

► To read also: The coronavirus weakens press freedom in the world

How does the Philippine government keep pressuring you

This has been going on for five years already.

The attacks on my Rappler website and myself began in 2016. Today, I have been working as a journalist for 35 years.

The attacks on us started with lies about us.

Let's be clear, if you circulate the same lies thousands of times on social media, those lies become facts.

From 2017, President Rodrigo Duterte himself took matters into his own hands.

In 2018, no less than 11 different cases and investigations were targeting us.

In 2020, I was convicted of cyber defamation for an article we published 8 years ago, when the law we allegedly broke did not even exist yet.

Since then, I have been indicted several times in other cases.

Last January, I received a 10th notice of arrest.

Are you asking me if the pressures continue?

Are we going to continue our fight, however?

Because, you know, I won't voluntarily give up my rights.

I see with my own eyes on a daily basis the erosion of our freedoms and the attempts to undermine the Constitution.

We are the witnesses and we will hold them to account.