What signals did Biden release from his 100-day rule? The familiar America is back?

China News Service, April 29 (Sweet) April 29, local time, is the 100th day of the 78-year-old Biden's inauguration as President of the United States.   Since taking office, the oldest U.S. president has tried to reverse some of the policies of his predecessor, return to multilateralism, and tackle the new crown epidemic, immigration crisis and gun violence, and promised to cooperate with allie 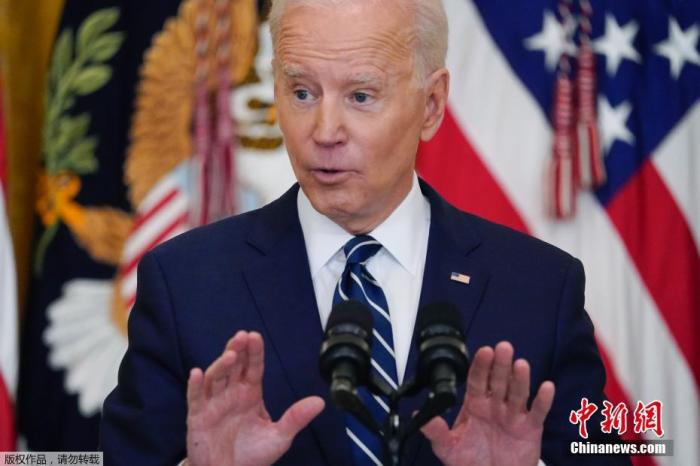 China News Service, April 29 (Sweet) April 29, local time, is the 100th day of the 78-year-old Biden's inauguration as President of the United States.

Since taking office, the oldest U.S. president has tried to reverse some of the policies of his predecessor, return to multilateralism, and tackle the new crown epidemic, immigration crisis and gun violence, and promised to cooperate with allies to withdraw from the "quagmire" of war in Afghanistan and other places. , Shift the focus of military strategy...

Now that a hundred days have passed, has the United States, which has been plagued by all kinds of diseases, cured?

Can Biden lead the United States back to global leadership as he wishes?

["The United States is back", will allies buy it?

"The United States is back." On February 4, when Biden delivered his first foreign policy speech after taking office, he emphasized again, saying that "Allies are our greatest wealth."

In the past few months, the United States has made frequent diplomatic actions: In response to Trump’s threat to withdraw from NATO, Biden promised that the United States will be fully committed to the NATO military alliance. He also chose to go to the United Kingdom and Belgium for his first visit, with the intention of restoring the increasingly cold crossroads. Atlantic relations.

"The biggest change in U.S. foreign policy adjustments is that the U.S. has been competing or negotiating with other countries alone in the past, and has turned to wooing allies and confronting strategic competitors such as China and Russia." Professor Li Haidong of the Institute of International Relations of the China Foreign Affairs University said According to an interview with Chinanews.com.

Especially in the "Indo-Pacific strategy", Biden returned to Obama's proposition to strengthen allies.

Among them, Campbell, a former senior Asia-Pacific affairs official who led the formulation of the Obama administration's "Asia-Pacific rebalancing" strategy, was appointed as the "Indo-Pacific affairs coordinator", which is regarded as an important signal sent by Biden to his Asian allies.

But at the same time, Biden also "inherited" part of Trump's diplomatic legacy, such as using the "four-party security dialogue" mechanism to hold a US-Japan-India-Australia video summit.

During the Trump era, the United States was accused of deliberately turning the "quartet security dialogue" into a "small NATO in Asia."

Regarding Biden's signal, some allies remain vigilant and weigh carefully, while others follow with high profile, willing to be "pawns."

A few days ago, the Australian government announced its rejection of the "Belt and Road" cooperation agreement signed between the Victorian government and China. Behind this, Li Haidong analyzed that because of geopolitical competition, the United States "should play a very important behind-the-scenes push."

[Withdraw troops from many places, but actually shift the "battlefield"?

The Biden administration, which continues to promote the withdrawal of US troops from many parts of the world, seems to have sent another signal that the United States is undergoing a "strategic contraction."

Soon after taking office, Biden announced that the United States would no longer support Saudi Arabia-led multinational coalition military operations in Yemen, including the suspension of related weapons sales plans.

In April, Biden gave out "big news" again, saying that he would withdraw all American troops in Afghanistan and end the "longest war" in American history.

However, in the eyes of many experts, the U.S. move is not a "strategic contraction" but only a "military redeployment." It transfers troops that he believes "does not help the advancement of U.S. major strategic interests to be most helpful to U.S. strategic competition." Position."

Then, after assessing the global military power situation, where will the United States shift its military focus?

Up to now, the Biden administration has promised to increase its troops by 500 troops to its traditional ally, Germany, to "enhance Europe's deterrence and defense capabilities";

Reaffirm to Japan the alliance relationship between the United States and Japan and the U.S. defense commitment to Japan;

Taking advantage of the intensification of the Ukrainian crisis, it also joined NATO to mobilize troops in the direction of part of Russia's European borders, adding fuel to the already tight US-Russian relations.

In this regard, experts pointed out that in terms of military strategy, the United States is still "offensive", and this may bring more turbulence and conflicts between major powers.

Data map: News on April 14, 2017, the US military dropped the "Mother of Bombs" in Afghanistan, second only to the atomic bomb in power.

[Playing the climate change card, what exactly is Biden "selling"?

In the past hundred days, human rights issues and climate change issues have once again become the focus of the US government.

On the one hand, the Biden administration announced many sanctions against Russia on the grounds that Navalny, a Russian opposition person, was "poisoned" and imprisoned by Russia, triggering Russian counter-measures; it was strongly against China's Xinjiang and China's Taiwan. Concerned and interfered in China’s internal affairs; the mass murder of Armenians in the Ottoman Empire during the First World War was deemed "genocide", which was strongly protested by Turkey and Afghanistan.

Hong Kong Dagong.com pointed out that the Biden administration intends to return to the Democratic Party’s tradition, playing the "human rights card" and the "ideological card" so as to unite its allies to contain other countries.

On the other hand, after leading the United States back to the "Paris Agreement", Biden invited 40 leaders of countries and international organizations to attend the climate summit and announced that it would expand the U.S. government's emission reduction commitments.

Is the US move really just to deal with climate change?

Is there any "abacus" behind the scenes?

Some analysts say that by presiding over this summit, Biden not only demonstrated the global influence of the United States, but also demonstrated the values ​​of the Democratic Party, and "sales" the green infrastructure of its trillion-dollar infrastructure plan for the 2022 midterm elections and the next general election. Cumulative grades.

On April 17, local time, hundreds of people participated in a rally against discrimination against Asians in Millbrae, San Francisco Bay Area.

["Become the President of all Americans", can Biden do what he wants?

For the American people, "unity" is perhaps one of the words Biden emphasized the most.

In his inauguration speech, Biden promised to "be the president of all Americans." After taking office for a hundred days, has he got his wish?

In response to the epidemic, the Biden administration’s actions are diametrically opposed to those of the Trump administration. They have promoted scientific anti-epidemic efforts to allow the United States to return to the World Health Organization. It attaches great importance to the infectious disease scientist Fauci. The promise of 100 million doses of vaccine.

Although the United States is still the most severely affected country in the world, with more than 32 million confirmed diagnoses and more than 570,000 deaths, the governing satisfaction polls released by many US media show that most Americans recognize Biden's response to the epidemic.

But on several other issues, Biden’s evaluation is not optimistic:

Biden strongly condemns racial discrimination, but the reality is that the "Freudian" tragedy did not end with a sentence, and hate crimes against African Americans and Asian Americans frequently occur;

Biden ordered the suspension of the construction of the US-Mexico border wall and the relaxation of immigration restrictions, which led to an intensified immigration wave, which eventually deteriorated into a "refugee crisis."

In addition, the resolution of issues such as the reform of the US police organization and the medical reform plan also requires the cooperation of the two parties. However, Biden seems to "disregard the Republicans."

Al Jazeera’s Chinese website believes that Biden promised to restore unity among all classes during the campaign, but so far, he has not chosen any Republican as a member of his government.

On April 25, a "Washington Post"/ABC poll showed that only slightly more than half (52%) of Americans approve of Biden's work performance since he took office.

This support is only higher than former Presidents Trump (42%) and Ford (48%), and ranks third from the bottom of all U.S. presidents since 1945.

Biden has always hoped to achieve "de-Trumpization", but it is estimated that it will be difficult to fully realize it during his tenure.

Li Haidong said that Biden will face too many challenges, whether in the present or in the future, including economic problems, ubiquitous ethnic divisions, and class antagonisms.

At present, the appointment of officials in the Biden administration has basically been completed, and a series of executive orders have been issued. Next, he will "bargain" with Congress and negotiate.

Foreign media said that he will also play the role of "chief salesman", trying to persuade voters and congressmen to support its trillions of US spending plans.

Can Biden's "sell" be successful?

In order to vote, the two parties in the United States "choose to satisfy their own voters' demands and ignore those who do not support them. This situation will continue." Li Haidong pointed out that the Biden administration needs to realize that the United States' "biggest challenge comes from the country." Not from other countries." (End)